RPM Act: SEMA and the Performance Racing Industry (PRI) continue to lead the fight to pass the Recognizing the Protection of Motorsports Act (RPM Act; H.R. 3281 and
S. 2736) into law. The RPM Act, if enacted into law, would clarify that it is legal under the Clean Air Act to make emissions-related changes to convert a street vehicle into a dedicated race car. The bill would also confirm that it is legal to produce, market and install racing equipment. The bill enjoys strong bipartisan support, as H.R. 3281 has 119 co-sponsors (91 republicans and 28 democrats), and S. 2736 has 24 co-sponsors (16 republicans and eight democrats). SEMA’s and PRI’s efforts to pass the RPM Act were backed by unprecedented grassroots support in 2021, as enthusiasts and industry sent more than 1.5 million letters to members of Congress in support of the bill. It is imperative that we continue to keep the pressure on lawmakers to pass the bill before this session of Congress comes to a close on January 3, 2023.

The RPM Act letters that enthusiasts and businesses have sent through
www.saveourracecars.com are being noticed on Capitol Hill and continue to make a difference, but there’s more that you can do to pass the RPM Act:

Off-Roading at Oceano Dunes: A San Luis Obispo County Superior Court judge will allow a “quiet title” lawsuit filed by Friends of Oceano Dunes against the California Coastal Commission (CCC) and California State Parks to move forward. The suit contends that off-roading and camping access to Oceano Dunes is protected by an “implied-by-law dedication,” since OHV enthusiasts and campers recreated on the land for decades before the government entities acquired the properties, and the land was specifically designated for use for beach driving and camping. The case is set for trial in March 2023. This action is separate from a lawsuit challenging the CCC’s claim that environmental concerns require the closure of Oceano Dunes to OHV use. The latter suit was filed by SEMA, the Off-Road Business Association, the American Sand Association, and the American Motorcyclist Association District 37, and joined by Friends of Oceano Dunes. The lawsuit is currently in discovery.

The Oceano Dunes State Vehicular Recreation Area has been managed by California State Parks since 1974. It provides the only opportunity for motorized recreation at a state park along California’s Pacific coast but has been under threat of closure for many years. Opponents to motorized recreation at the dunes cite airborne particulate matter (dust) and/or environmental threats to plants and animals. For years, SEMA has joined with many other OHV groups in challenging the scientific basis for these claims.

In March 2021, the CCC voted to shut down OHV access, thereby triggering the lawsuits. In December, the CCC reversed course and agreed not to pursue several projects until the litigation is resolved. Specifically, some camping will be permitted immediately, and the Pier Avenue vehicle entrance to Oceano Dunes will not be closing in July 2022. Further, Arroyo Grande Creek will no longer be closed when the ocean touches the lagoon; rather, the creek crossing will be closed only when the creek water reaches a depth of 12 in.

E15 Gasoline: The U.S. Supreme Court will not consider an appeal to permit the year-round sale of gasoline with up to 15% ethanol. Biofuel producers had asked the U.S. Environmental Protection Agency (EPA) to allow year-round sales of E15 for many years, and the Trump administration issued a rule in 2019 to permit such sales. However, the Biden administration rescinded the rule in 2021, and the U.S. Court of Appeals for the District of Columbia agreed that the EPA had overstepped its legal authority when issuing the 2019 rule. The Appeals Court upheld the pre-2019 restrictions prohibiting the sale of E15 between June 1 and September 15 due to fuel-volatility concerns that higher blends of ethanol combined with warmer temperatures may lead to increased ground-level ozone formation and smog. Ethanol, especially in higher concentrations such as E15, can cause metal corrosion and dissolve certain plastics and rubbers in older automobiles that were not constructed with ethanol-resistant materials and in certain specialty high-performance equipment installed on newer vehicles. SEMA opposes the expansion of E15 gasoline as there may not be enough protections to guard against misfuelling.

Greenhouse Gas Emission Standards for New Vehicles: The EPA has finalized a rule to tighten the new-car emissions requirements for greenhouse gases. For model-year ’26, the fleetwide average for cars, SUVs and pickup trucks will be 161 grams of carbon dioxide per mile. If expressed in miles per gallon (mpg) in real-world stop-and-go driving, the new rule translates into a fleetwide average of about 40 mpg for model-year ’26 vehicles, much higher than the 32-mpg requirement set under the Trump administration. The rule takes effect for model-year ’23 and increases the requirements each year through ’26. The EPA anticipates that the automakers will meet the standard via gradual increased sales of zero-emissions cars. EVs and plug-in hybrids are expected to represent 7% of all new vehicles sold in 2023 and rise to 17% by 2026. 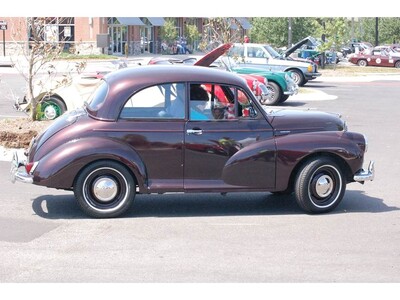 Missouri—Historic Vehicles: Missouri introduced SEMA-supported legislation that would allow historic vehicles to be issued license plates without an annual mileage restriction. Current law limits historic-vehicle owners to 1,000 miles of driving for personal use per year. The bill currently awaits consideration in the Senate Transportation, Infrastructure and Public Safety Committee.

New Hampshire—Exhaust: The New Hampshire House of Representatives introduced SEMA-supported legislation to allow the use of side-mounted exhaust on antique vehicles. The bill is pending before the House Transportation Committee.

New Hampshire—Inspections: The New Hampshire House of Representatives introduced SEMA-supported legislation to exempt antique vehicles from the state’s annual equipment inspection. The bill is pending before the House Transportation Committee.

New Hampshire—License Plates: The New Hampshire House of Representatives introduced SEMA-supported legislation to allow the owner of a motor vehicle to apply for a waiver to display only a single rear-mounted plate if affixing a front license plate would alter the vehicle’s historic character, its collectability or devalue the vehicle. The bill is pending before the House Transportation Committee.

New York—License Plates: The New York Assembly introduced SEMA-supported legislation to allow for the display of only a single, rear-mounted license plate. The bill is pending before the House Transportation Committee.

New York—Inspections: The New York Assembly introduced SEMA-supported legislation to reduce the required safety inspection for antique, classic and collector vehicles from annually to biennially. The bill is pending before the House Transportation Committee.

New York—Historic Vehicles: The New York Assembly introduced SEMA-supported legislation to create a one-time $50 registration fee for historical vehicles. Owners of these vehicles are currently subject to an annual $28.75 fee. The bill is pending before the House Transportation Committee.

Utah—Military Vehicles: The Utah Senate introduced SEMA-supported legislation to exempt military vehicles from displaying a license plate. The bill would require a license plate to be carried inside the vehicle and ready for inspection by law enforcement upon request. Currently, all vehicles must always display two license plates. This bill currently awaits consideration in the Senate Transportation, Public Utilities, Energy, and Technology Committee.

Vermont—Inspections: The Vermont House of Representatives introduced SEMA-supported legislation to require biennial safety and emissions inspection in lieu of the current annual obligation. The bill awaits consideration by the House Committee on Transportation.

Virginia—Exhaust Noise: The Virginia Senate introduced SEMA-supported legislation to implement a fair testing procedure for vehicle owners accused of exhaust noise violations. Under the proposal, vehicles would be limited to 85 dB of sound when measured at 50 ft. The bill currently awaits consideration in the Senate Transportation Committee.

Washington—Military Vehicles: The Washington House of Representatives introduced SEMA-supported legislation to allow for the registration of former military surplus vehicles. Under the bill, a military surplus vehicle is defined as a vehicle that is not operated using continuous tracks, was originally manufactured and sold directly to the armed forces of the United States, and is no longer owned by the United States Armed Forces. The bill currently awaits consideration in the House Transportation Committee.

West Virginia—Antique Vehicles: The West Virginia House of Delegates introduced a bill to create an antique fleet program. Under the proposal, the owner of five or more antique vehicles would be able to use a single registration plate. The bill is pending before the House Technology and Infrastructure Committee.

West Virginia—Collector Vehicles: The West Virginia House of Delegates introduced SEMA-supported legislation to limit the amount a county tax assessor may increase the assessed value of an antique or classic car each year for annual personal property taxes. The bill currently awaits consideration in the House Political Subdivisions Committee. 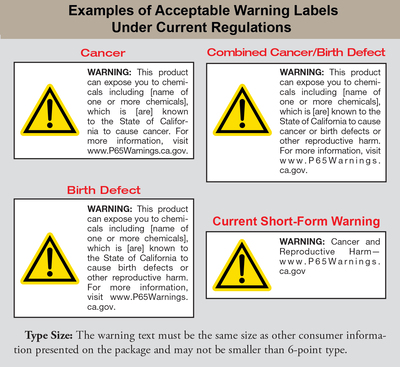 California Prop 65: California’s Office of Environmental Health Hazard Assessment (OEHHA) has proposed significant revisions to Proposition 65’s short-form warning requirement. The revisions are opposed by SEMA, the California Chamber of Commerce and dozens of other companies and organizations. OEHHA first released its planned changes in early 2021, but they were met with widespread criticism. OEHHA revised the proposal last December. Although it has been scaled back, SEMA continues to oppose the proposed changes. Among other considerations, the proposal would require that at least one chemical associated with cancer and/or one chemical known to be a carcinogen be identified on the short form.

Prop 65 was a ballot initiative enacted by California voters in 1986. It requires warning labels on products containing chemicals listed as known to cause cancer, birth defects or reproductive harm. There are more than 1,100 chemicals currently on the list. Prop 65 doesn’t stop anyone from selling products, regardless of what chemicals they contain; it is simply a law that requires consumer warning labels under certain circumstances.

The business community worked with OEHHA for several years to develop the original Prop 65 regulations that took full effect in September 2018. Companies subsequently invested significant resources in updating product labels, websites and catalogs, and instructing others in the product chain about their obligations. OEHHA’s proposed short-form warning changes would negate those efforts for many companies. If the agency seeks to implement the rule, the agency has proposed a one-year phase-in period for companies to make any necessary labeling changes. 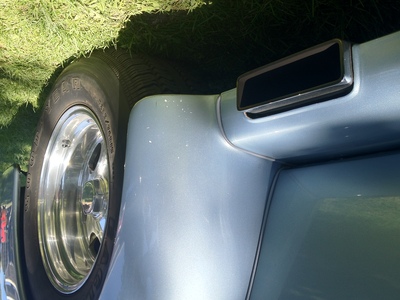 Vermont—Exhaust Noise: The Vermont House of Representatives introduced SEMA-model legislation to create a fair testing procedure for vehicles suspected of exhaust noise violations. The proposal implements the Society of Automotive Engineers’ objective testing procedures for determining if a vehicle’s installed exhaust system is more than 95 decibels. The bill awaits consideration by the House Committee on Transportation.