A Man of Many Talents 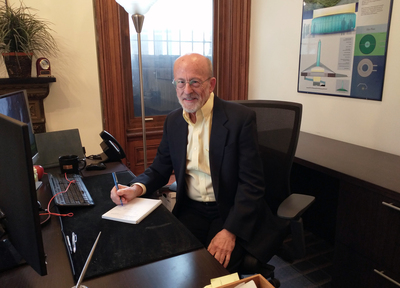 SEMA Senior Director for Federal Governmental Affairs Stuart Gosswein at his office in Washington, D.C. After four decades protecting the specialty-equipment industry’s interests in the nation’s capital, Gosswein is retiring to pursue his career in art and other personal interests.

After four decades of service to SEMA and the aftermarket industry, SEMA Senior Director for Federal Governmental Affairs Stuart Gosswein is retiring. His career with the association represents one of incredible achievement, but more than that, said SEMA President and CEO Chris Kersting, Gosswein’s tireless and respected voice as an industry advocate will be sorely missed.

“More than any other person I’ve known, when Stuart sets his mind to accomplishing something for the industry, he stays with it and gets results,” Kersting said. “Whether it was the passage of the Low Volume Replica Act, fending off cash-for-clunker programs or preserving the Bonneville Salt Flats, Stuart always made the industry’s causes his own. He deserves our sincere appreciation and congratulations for all he has done.”

“I love the industry and don’t really want to leave, but I have other things on my bucket list that I want to get to, and that’s really my motivation for leaving SEMA,” Gosswein said.

One of the things he wants to get to—or rather, get back to—is his fulltime career as an artist, which was his original calling.

“When I was a little kid growing up in Chicago, I was drawing and painting, and my parents nurtured and supported that, putting me into art schools,” he explained. “When I graduated from high school and said I wanted to continue art school, they said, ‘Well, how are you going to support yourself?’ The one thing art school doesn’t teach you is how to sell art. I didn’t know I was going to be working for [former SEMA General Counsel] Russ Deane and SEMA.”

After high school, Gosswein entered The School of the Art Institute of Chicago, graduating in 1975. He then moved to Washington, D.C., for graduate studies at George Washington University. In 1983, Gosswein joined Deane’s law firm to gain some added income while pursuing his art. 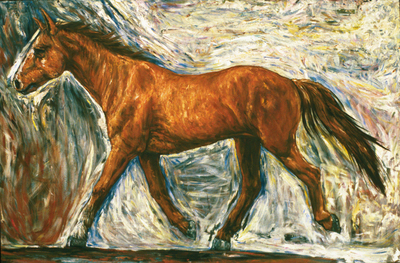 Although the automotive industry has come to know Gosswein as a tireless legal advocate, he is also widely known in the nation’s arts community as an accomplished painter and sculptor. His painting “Horse” is among his prized creations.

Those, of course, were the days when Deane was taking on California’s new emissions and noise regulations and undertaking a historic lawsuit against the U.S. Environmental Protection Agency to reverse onerous rule-making threatening the aftermarket. Decades later, Deane still marvels at the tremendous work ethic and late-night research abilities that Gosswein brought to those issues.

“He never would say ‘no’ to any task, and the interesting characteristic about Stuart is there wasn’t anything he couldn’t do,” Deane said. “He was materially involved in every single important thing that happened to SEMA and was largely responsible for causing things to happen. So many of our industry’s government affairs acheivements largely rest upon the things he did.”

In 1996, Kersting joined what had by then become SEMA’s government affairs office in Washington, D.C., serving in the role of vice president. In 2002, Kersting became SEMA president and CEO. At the same time, Gosswein (who had served as a governmental affairs manager) began taking on a series of ever-greater roles, including that of regulatory affairs manager, director of governmental affairs and, ultimately, the senior director title that he holds today.

Kersting also praised Gosswein’s dedication, adding that he brought several unique qualities to his work, including keen insights into problems, determination and tenacity.

“Over Stuart’s time serving the industry, he developed a bond and a kinship with the people SEMA serves,” Kersting observed. “Their causes became personal to him. One of the wonderful things about knowing Stuart throughout his career has been seeing him emerge from a behind-the-scenes support position to find his voice and make a powerful and lasting impact.” 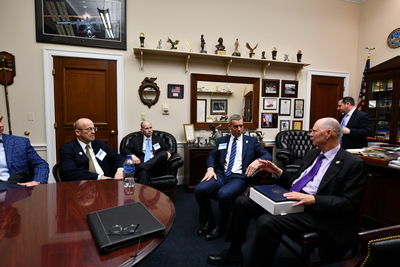 Gosswein (left) is a veteran of numerous annual Washington Rallies in which industry businessmen meet with elected officials to lobby for the aftermarket. In this 2018 meeting with Rep. Bill Posey (R-FL, seated right), he was joined by SEMA Director of Congressional Affairs Eric Snyder (left center) and SEMA President and CEO Chris Kersting (right center).

Famed Hot Rod editor/publisher and Edelbrock designer Jim McFarland also came to know Gosswein during his early work on organizing an effective industry response to air-quality initiatives. Today, he too regards Gosswein as a lifelong friend.

“He just has a way of getting things done, and I don’t know how to describe it beyond that,” McFarland said. “He established a working relationship with a lot of people around the Hill [in Washington], including the people who support various political leaders. He understands how the system works. He’s been right in the thick of things and very much an organizer.”

When asked to name what he considers his career accomplishments with SEMA, Gosswein’s immediate reply is the low-volume replica car law enacted in 2015.

“That was huge,” he said. “For our office, it represented four years of work up on Capitol Hill, and now we’re going to be looking at placing a spotlight on the program, making consumers aware of it, and getting replica car manufacturers up and running.

“The other is the Bonneville Salt Flats. We’re still working with all the stakeholders to implement that [preservation]program. It’s all incremental—you have to be in it for the long run, and SEMA has been. But what’s been really exciting and rewarding for me personally is how we represent small businesses. SEMA doesn’t just take on automotive issues. We look at all the issues that face our members, so we’ve had to become experts on taxes, health care, you name it—even the recent anti-dumping duties.” 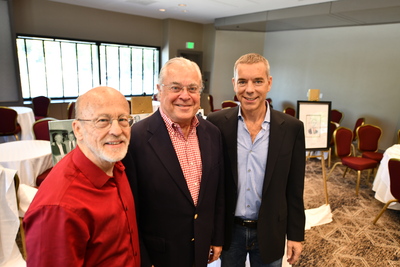 Still, throughout his busy career with SEMA, Gosswein managed to carve out the time and energy for his other passions in life. He has climbed Mt. Whitney in the High Sierras nine times and was instrumental in creating the Downtown Arts Coalition in Washington, D.C., to develop a vibrant arts district in the city. He now looks forward to burning the midnight oil in his studio there.

“I’ve learned from SEMA members that you have to follow your bliss and identify what that is,” he said. “In terms of art, you know, I do portraits, landscapes. I’ve dabbled in architecture. The 9/11 attacks hit close to home, and I ended up doing several different architectural designs—one submission for the New York memorial and one for Shanksville, Pennsylvania. I’ve been doing some sculpture right now, and I just can’t wait to get back to painting.”

But he’ll always have a place for SEMA and will continue to lend his support to its mission and especially to its people when needed.

“I’ll miss the daily interaction with all my coworkers the most,” he said. “I’m one that likes the repetitious things—getting up and coming into the office and having my cup of coffee, catching up with the newspapers and blogs, and greeting coworkers. Yes, I’m going to miss that.”

And SEMA will surely feel Gosswein’s absence as well.

“He’s one of the people who brings real meaning to the words, ‘We couldn’t have done this without him,’” Kersting said. “We wish Stuart a very fulfilling retirement.” 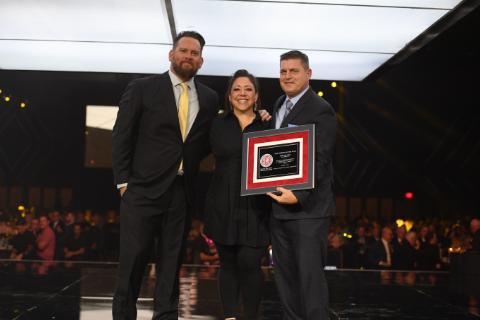 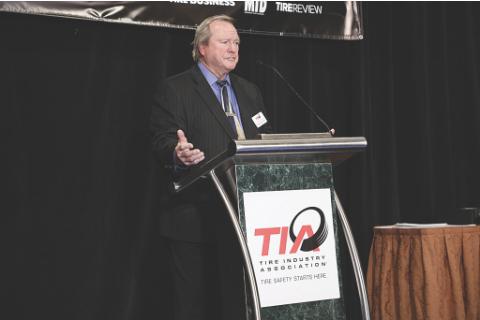 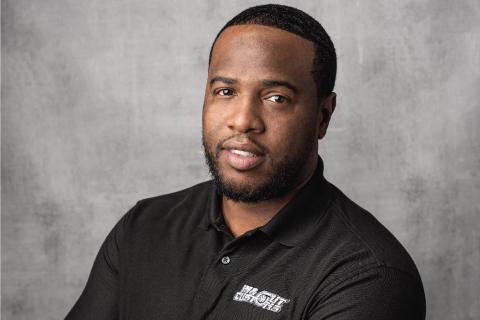