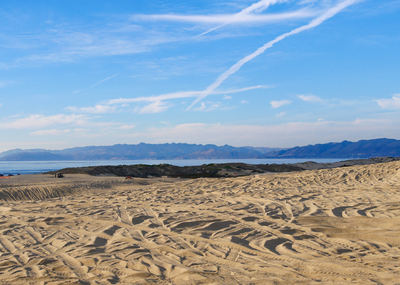 Off-Roading at Oceano Dunes: SEMA and its allies in the motorized recreation community are working to protect off-highway vehicle (OHV) usage at the Oceano Dunes State Vehicular Recreation Area (SVRA), which is California’s only OHV park on the Pacific Ocean. It is located about two hours northwest of Los Angeles near San Luis Obispo. Oceano Dunes SVRA became a state park in 1974 and has been under threat of closure for many years, primarily by groups that object to motorized recreation based on environmental arguments that off-roading causes more airborne particulate matter (dust) and/or threatens plants and animals.

California State Parks and the California Coastal Commission (CCC) have been locked in a conflicting jurisdictional dispute over Oceano Dunes. The CCC contends that it has primacy with respect to environmental concerns, while State Parks cites a mandate from the state legislature to manage the area for OHV use. In March 2021, the CCC voted to shut down OHV access within three years. SEMA and several other off-road groups have challenged the CCC decision in lawsuits filed in California State Superior Court for San Luis Obispo County. The court held a preliminary hearing in January.

SEMA is encouraged by a recent study from the University of California, San Diego’s Scripps Institute of Oceanography, which has brought into question the argument of those who object to OHV use at Oceano Dunes. The study indicates that “dune-derived mineral dust is more likely to be primarily caused by natural forces (i.e., wind) rather than human activities.” The State Parks Departments’ Off-Highway Motor Vehicle Recreation Commission held a workshop in December to discuss the study.

RPM Act: The Recognizing the Protection of Motorsports Act (RPM Act; H.R. 3281 and
S. 2736) clarifies that it is legal under the Clean Air Act to make emissions-
related changes to convert a street vehicle into a dedicated race car. If enacted into law, it will also confirm that it is legal to produce, market and install racing equipment. SEMA’s efforts to pass the RPM Act are backed by unprecedented grassroots support in the 2021–2022 session of Congress, as enthusiasts and industry have sent more than 1.5 million letters in support of the bill to members of Congress, leading to a rapid expansion of co-sponsors: H.R. 3281 has 117 co-sponsors (90 Republicans and 27 Democrats), and S. 2736 has 22 co-sponsors (15 Republicans and seven Democrats). The RPM Act letters that enthusiasts and businesses have sent through www.saveourracecars.com are being noticed on Capitol Hill and continue to make a difference, but there’s more that you can do to pass the
RPM Act:

The bill requires online marketplaces to verify certain information about high-
volume third-party sellers of consumer products (sellers who make 200 or more discrete sales or transactions totaling at least $5,000 during any continuous 12-month period in the last 24 months), including the seller’s bank account number, business tax identification number or a taxpayer identification number, and contact information. It requires high-volume third-party sellers with $20,000 or more in annual gross revenue through an online marketplace to disclose to consumers the full name of the seller or company, its business address and contact info after each sale.

The bill empowers online marketplaces to suspend high-volume third-party sellers of consumer products who do not provide the required information within 10 days of the request from the online marketplace. The bill is supported by the Buy Safe America Coalition, of which SEMA is a member, which represents a diverse group of responsible retailers, consumer groups, manufacturers, intellectual property advocates and law enforcement officials. The bill has been sent to the House floor for consideration. A similar bill is pending in the Senate.

California—Proposition 65: The California Office of Environmental Health Hazard Assessment (OEHHA) has revised a proposed rule issued in January 2021 to change the Proposition 65 short-form warning rule. While OEHHA has scaled back some of the changes originally proposed, SEMA continues to oppose other changes, including a requirement that at least one chemical associated with cancer or known to be a carcinogen be identified on the short form.

Prop 65 was a ballot initiative enacted by California voters in 1986. It requires warning labels on products containing chemicals listed as known to cause cancer, birth defects or reproductive harm. There are more than 1,100 chemicals currently on the list. Prop 65 doesn’t stop anyone from selling their products, no matter what chemicals they contain. It is simply a law that requires consumer warning labels under certain circumstances.

Prop 65 is not limited to businesses with a presence in California but applies to all businesses with 10 or more employees that sell products in California. SEMA has joined with many other trade associations in opposing the proposed changes to the short-form rule implemented in 2018. OEHHA is now reviewing the public comments. 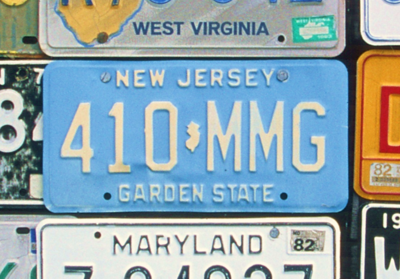 New Jersey—License Plates: The New Jersey Senate Transportation Committee passed SEMA-supported legislation to allow the New Jersey Motor Vehicle Commission to issue newly created classic license plates for display on all vehicles. The new plates will resemble those issued between 1979 and 1991, featuring sand-yellow text on a blue background. The plates would cost an additional $50 initially and a subsequent annual $10 fee. The bills require a minimum of 500 interested applicants before the classic plates will be produced. The legislation awaits consideration in the Senate Budget and Appropriations Committee.