Steve Matusek, founder of Aeromotive Inc., has been appointed treasurer of the SEMA Board of Directors.

A first-generation American, Matusek’s father escaped Hungary in 1956 and his mother escaped Germany in 1948. Matusek earned his B.A. in aeronautical engineering at Park’s College of St. Louis University and his MBA from Webster University.

A second-generation racer and perennial top 10 driver in the NHRA Pro Modified class, Matusek has competed and is licensed in NHRA Pro Stock, Competition Eliminator and virtually every other sportsman class. Matusek finished fifth in points in NHRA Pro Mod in 2016 and has run quarter-mile times as quick as 5.74 seconds at more than 260 mph.

An automotive enthusiast, Matusek collects and refurbishes musclecars and late-model performance vehicles. His three daughters have all raced junior dragsters, with his youngest earning the Western Conference finals championship in 2006. His combined experiences as an engineer, business owner, racer and enthusiast give him a unique perspective that will benefit the SEMA Board and its member companies.

Matusek has secured dozens of patents, has earned SEMA awards for product development, and in 2018, Aeromotive was named SEMA Manufacturer of the Year.

››› A longtime NHRA racer and musclecar builder, Aeromotive Founder and President Steve Matusek has been named Treasurer of the SEMA Board of Directors.

Dart Machinery, the Michigan-based manufacturer of race-winning engine blocks, cylinder heads and intakes, announced that its founder, Richard Maskin, passed away at the age of 74.

“He was an innovator in motorsports, a fierce competitor, a good friend, a loved family man and a generous and respected employer, and we all will miss him immensely,” the company said in a post. “Richard leaves behind a great legacy; one that spans decades and can’t be put into just a few words. We do take solace in knowing that his contribution to racing will continue, however, with every Big M engine block that finds a home under someone’s hood. He is the namesake, the original, and the one and only ‘Big M.’”

Maskin founded Dart Machinery in 1981 in Oak Park, Michigan. First developing intake components and pushrods for Pro Stock drag-race engines in the ’70s, he eventually started producing cylinder heads in his home shop, which provided the foundation for the company that would become Dart Machinery. 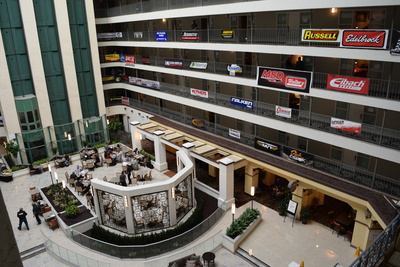 Registration for the 2022 Motorsports Parts Manufacturers Council (MPMC) Media Trade Conference is still open at www.sema.org/mtc. Taking place entirely online over January 25–27, 2022, the annual conference will provide journalists with quality meetings and interviews with manufacturers of racing and performance products.

With the conference being held virtually for 2022, it’s easier than ever for media to participate and interview top company executives, technical experts and product specialists online. Participants may even be able to see the products in detail as manufacturers connect directly from their facilities.

Journalists may choose to participate for one, two or all three days and have the flexibility to select the manufacturers with whom they most want to meet. Because media participation is free, the MPMC Media Trade Conference is the most efficient, effective and affordable way for journalists to get detailed information specific to their audiences’ needs and interests and gather a year’s worth of editorial content. 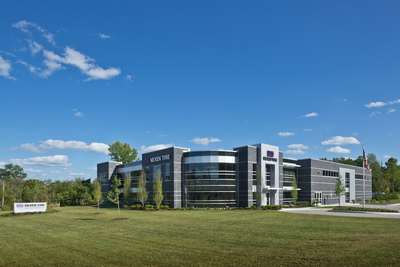 Nexen Tire America is relocating its North American headquarters from Diamond Bar, California, where it has been for the past 16 years, to its technical center in Richfield, Ohio, located 20 mi. north of Akron. Nexen joins several tire companies that have a presence in the Akron area, such as Bridgestone Americas; Goodyear; Kumho Tire U.S.A.; Kenda Tire U.S.A. Inc.; Triangle Tyre Group Co. Ltd.; and Hankook Tire America Corp.

Akron earned the designation “Rubber City” in the early 1900s, when it was home base for several of the world’s largest tire makers. Goodyear is the lone remaining company headquartered in Akron.

Nexen will integrate its corporate and sales staffs into its North American technical center, a 35,540-sq.-ft. facility that opened in 2019. The U.S. tech center is one of three that Nexen operates around the world.

Nexen—the 20th-largest tire manufacturer worldwide with 2020 sales of $1.4 billion—said it considered several locations before opting to move to the Ohio technical center. The key benefits of the move, the company said, are ensuring a central location and allowing the company to strategize ways to increase frequency of traveling to customers, thus enhancing operating efficiency.