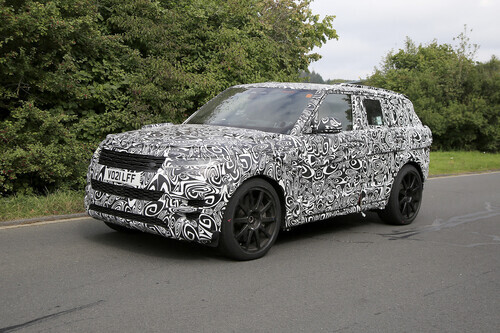 The next-generation Range Rover has been spied multiple times, and Land Rover is also working on the replacement of the Range Rover Sport. It is the latter that our spies caught again while the car was outside the German Nürburgring race circuit. 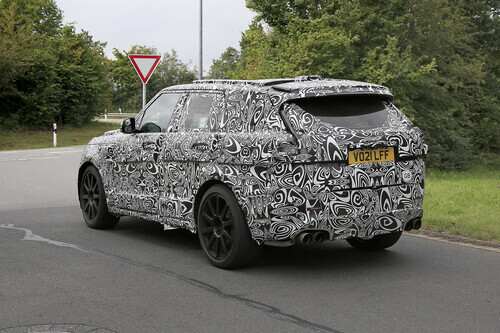 This ’23 Range Rover Sport SVR differs from regular variants of the SUV with beefier brakes and quad exhaust pipes.

Like the normal ’23 Range Rover Sport, the SVR is understood to be built on the Modular Longitudinal Architecture. The platform can accommodate internal-combustion engines, mild hybrids, plug-in hybrids and even electric powertrains.

This is the ’22 Mustang GT California Special Edition undergoing testing in Dearborn, Michigan, with masked logos and badges on the grille, door and deck lid.

Based on the engine’s note, the convertible musclecar is still powered by Ford’s 5.0L Coyote V8 and is mated to a six-speed manual. The only visual difference that we can find is a different set of wheels that is similar to (but not the same as) the units used on the Mustang Bullitt that was discontinued after the ’20 model year.

Exactly why Ford is updating the S550 Mustang so late in its lifecycle is puzzling, but it may just be a play to wring out some additional bucks before it goes to pasture. 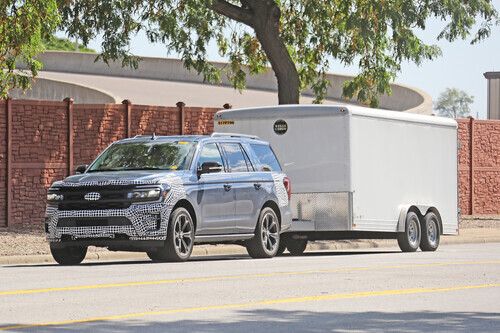 This ’22 Expedition ST was spied while towing. This prototype features twin exhaust tips, 22-in. rims and red calipers. Looking at the Ford lineup, you’ll notice that the only vehicles to brandish red calipers other than the Mustang and Mustang Mach-E are the Explorer ST and the Edge ST. It appears that Ford might apply the same technique with ST as it did with the King Ranch and Timberline. 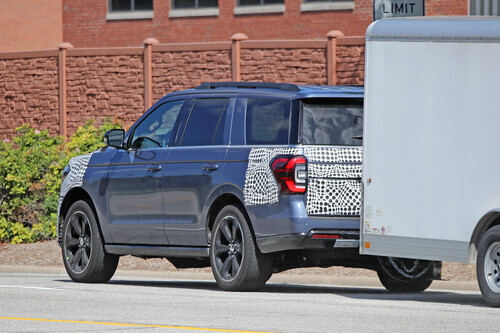 When the Expedition does make it to market as an ST, power is expected to sit somewhere between 450 to 475 hp and be mated to a 10-speed automatic. This boost in power would easily give the Expedition ST a 0–60 time in the 5-sec. range.

Expect an official Expedition debut in the coming months.