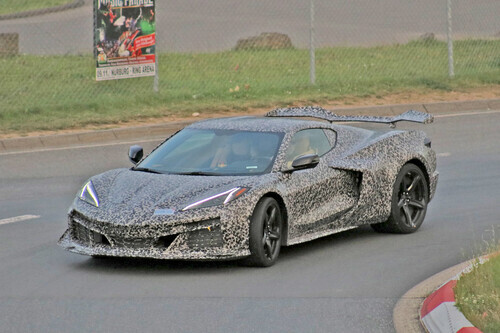 This prototype is the upcoming mid-engine Corvette Z06 testing in light, body-hugging camouflage as it arrived for track testing. This is the first time we’ve seen a C8 Z06 in body-hugging camo instead of the heavy vinyl cladding worn by previous prototypes.

The prototype features a more aggressive front fascia with various additional aero bits not seen on the current Stingray. The body is wider, and a very prominent wing spoiler can be seen out back. A set of black five-spoke wheels and center-exit exhaust are also seen in the back. 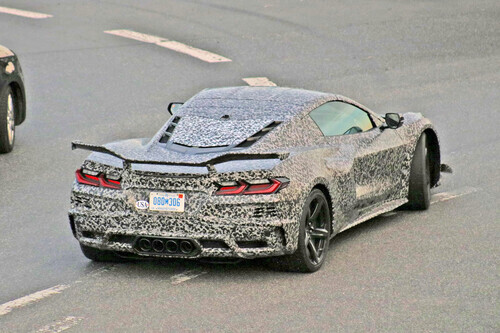 GM has announced that this Corvette Z06 will launch for the ’23 model year. 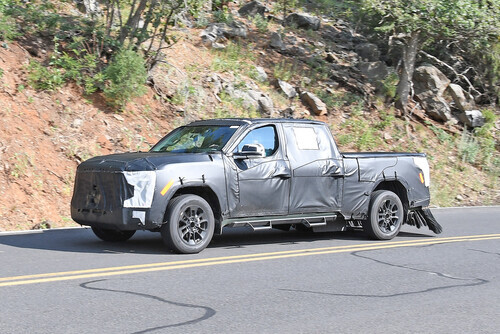 Here’s a first peak at the new Toyota Tundra. Looking inside, the mid/base-model Tundra will receive a relatively small navigation screen that is flanked by a couple of vents. Below the screen sits the HVAC controls, along with a USB port for charging. Materials appear to be similar to those found on the current Tundra, along with a similar layout to the dash. 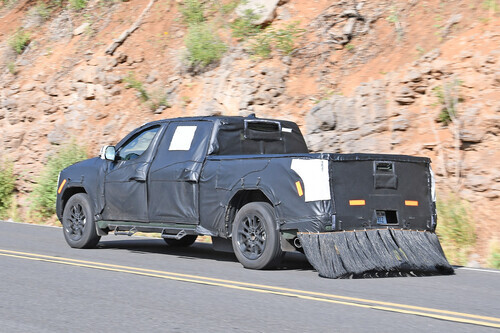 The ’22 Tundra will ride on an all-new platform (internally called F1) that is said to be flexible enough to accommodate all Toyota body-on-frame pickup and SUV models globally. A new 10-speed automatic will back the 5.7L V8, though a hybridized 3.5L V6 may also be available. 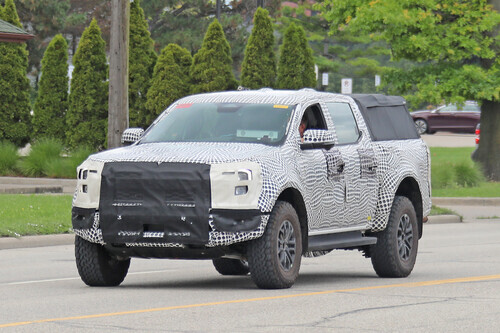 Here’s another look at the all-new ’23 Ford Ranger Raptor, though these are the first shots of a left-hand-drive unit with an interesting soft bed topper.

Overall, the next-gen Ranger Raptor looks more substantial than the current model, with bolder proportions and stance. The front fascia will maintain the bold “Ford” lettering across the grille, accompanied by a set of intricate C-shaped headlamps. The cab and bed appear to be carryovers from the current model.

The prototype rides on a set of black wheels that appear to be fairly similar to the current design. A dual-exhaust setup can be seen at the rear, along with a camouflaged rear suspension that hides a coil spring setup similar to that found on the F-150 Raptor. 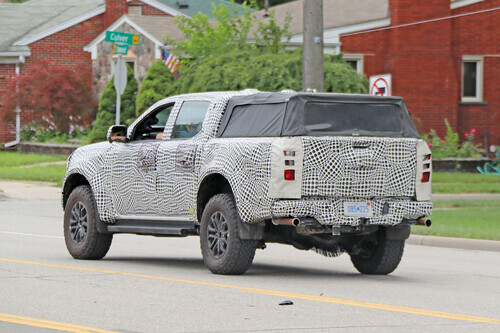