RPM Act: The SEMA-backed Recognizing the Protection of Motorsports Act of 2021 (RPM Act), H.R. 3281, was reintroduced in the House by U.S. Representatives Patrick McHenry (R-NC) and Raul Ruiz (D-CA) and had more than 90 co-sponsors at the time of this issue’s publication. The RPM Act would protect Americans’ right to convert street vehicles into dedicated race cars as well as the motorsports parts industry’s ability to produce and sell products that allow racers to compete.

There is unprecedented grassroots sup­port for the RPM Act in 2021, as more than 1.4 million letters have been sent to Congress this year supporting the bill. It is imperative that lawmakers are continu­ally reminded of the need to pass the RPM Act until it becomes law. The bill is needed to reverse the U.S. Environmental Protection Agency’s (EPA) reading of the Clean Air Act. The EPA maintains that modifying the emissions system of street-legal vehicle to convert it into a dedicated race vehicle is illegal. SEMA disagrees with the agency’s interpretation. Congress must enact the RPM Act into law in order to settle this issue and provide certainty to racers and the motorsports parts industry.

Consideration of H.R. 3281 is pending in the House Energy and Commerce Committee. For more information, visit www.sema.org/rpmact.

Right to Repair: Last May, the Federal Trade Commission (FTC) issued a report to Congress titled “Nixing the Fix.” It identified anti-competitive repair restrictions employed by manufacturers for a wide range of products ranging from automobiles and mobile phones to printers and computers. SEMA and other aftermarket organizations praised the report and are supporting the FTC’s efforts to implement the report’s recommendations.

In July, President Biden issued an executive order directing the federal government to increase antitrust enforcement and regulation. The order includes a directive encouraging the FTC to “limit powerful equipment manufacturers from restricting people’s ability to use independent repair shops or do DIY repairs.” The FTC then issued a SEMA-supported policy statement pledging to enforce against repair restrictions that prevent small businesses, workers, consumers, and even government entities from fixing their own products. The FTC will target restrictions that violate antitrust laws enforced by the FTC or prohibitions on unfair or deceptive acts or practices. The public is urged to submit complaints of violations of the Magnuson-Moss Warranty Act, which prohibits tying a consumer’s product warranty to the use of a specific service provider or product or denying a warranty for the mere presence of a specialty auto part.

As a separate initiative, SEMA is working with other aftermarket groups to support legislation in the U.S. Congress that would require access to tools and information necessary for independent facilities to provide repair and modification services.

E15 Ethanol: A federal appeals court found that the EPA overstepped its authority by issuing a rule allowing gasoline with up to 15% ethanol to be sold year-round. Previously, there was a summertime restriction on the sale of E15 due to fuel-volatility concerns that higher blends of ethanol combined with warmer temperatures may lead to increased smog. The court stated that it was clear that Congress did not intend for ethanol blends higher than 10% to be allowed to be sold year-round and thus struck down the 2019 EPA rule. SEMA opposed the EPA rulemaking to expand E15 availability to year-round. Ethanol, especially in higher concentrations such as E15, can cause damage to high-performance parts and vehicles manufactured prior
to 2001.

Arizona—License Plates: The Arizona Senate failed to consider prior to adjournment SEMA-supported legislation that would have created new legacy license plates replicating examples from the state’s past. Currently, authentic vintage plates may be displayed only on vehicles that are eligible for either classic car or historic vehicle plates.

California—Smog Check: In July, the California Bureau of Automotive Repair (BAR) began failing motor vehicles during their biennial “smog check” inspection if they were found to have software modifications not provided by the original equipment manufacturer or approved through a California Air Resources Board Executive Order. BAR, which has had the authority to implement such inspections since 2013, has been gathering information from inspected vehicle ECUs since 2015. Disputed results are referred to state-run referee centers for further inspection.

New York—Exhaust Noise: The New York legislature passed a bill that allows law enforcement to write larger fines for motorists operating vehicles that have had their mufflers removed. SEMA was successful in advocating for several amendments to the original proposal, including the removal of provisions that would have limited motor vehicles to 60 decibels of exhaust noise, mandated a $1,000 fine for violations, and equipped police cars with sound meters to enforce the law. The bill awaits approval or veto by the governor.

Ohio—Replica Vehicles: The Ohio House of Representatives introduced SEMA-supported legislation to ease the process by which replica cars are titled and registered. The bill defines a replica car as a motor vehicle that is constructed, assembled or modified to replicate the make, model and model year of a motor vehicle that is at least 25 years old. If passed, the law would require replica vehicles to be inspected before obtaining a title and creates a specialty replica vehicle license plate. Currently, there is no specific registration and titling class for replicas. The bill awaits consideration in the House Transportation and Public Safety Committee. 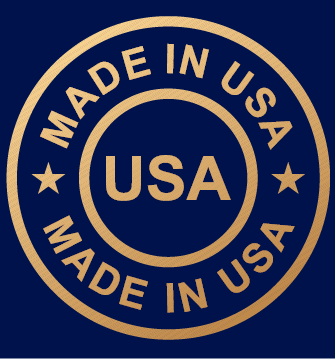 “Made in U.S.A.” Rule: The FTC has consolidated its longstanding policy on enforcing unqualified “Made in U.S.A.” claims within a new regulation, “Part 323—Made in U.S.A. Labeling.” The regulation does not impose any new requirements but is intended to make it easier for businesses to understand claim conditions and, for the first time, allow the FTC to seek civil penalties for violations.

Since at least 1940, the FTC has used its general legal authority to enforce against unfair or deceptive trade practices regarding unqualified Made in U.S.A. claims. It has provided broad guidance that requires a seller making an unqualified Made in U.S.A. claim to have a reasonable basis for asserting that “all or virtually all” of the product is made in the United States. Companies may still make qualified Made in USA claims for products that include U.S. content or processing but do not meet the threshold for an unqualified claim. Qualified claims include: “Made in USA of U.S. and imported parts,” “75% U.S. content,” and “Assembled in U.S.A.”

The FTC rule does not supersede state rules that are consistent or would provide greater protection. For example, California allows a “Made in U.S.A.” label for products sold in California if the product is made in the United States and all its subcomponents that are sourced from outside the United States constitute no more than 5% of the final value of the manufactured product. n