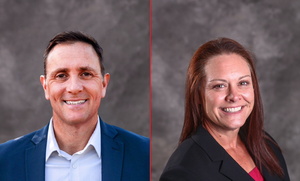 Yokohama Tire Corp. (YTC) announced two new management changes, effective July 1. Stan Chandgie was promoted from vice president of consumer sales to executive vice president of sales and support, and Heather Adelman, director of strategic accounts, consumer sales, was named vice president of consumer replacement sales. Chandgie will report to Yokohama CEO Jeff Barna. In his new role, he will lead YTC’s consumer replacement and TBS/commercial sales groups along with Yokohama’s sales support functions. Adelman, who has been with Yokohama since 2008, will report to Chandgie. 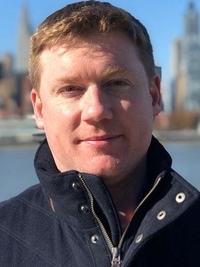 Peter Rogers, a long-time executive in the music and entertainment industry, has been named vice president of sales for Sonoma Raceway. In his new role, Rogers will oversee all aspects of sponsorships and sales for the 1,600-acre Northern California facility, including title sponsorships, premium sales, corporate events and official speedway partnerships. Rogers holds former experience with Sony Music and Jay-Z’s Roc Nation. He will report to Speedway Motorsports Chief Sales Officer Kevin Camper.

Competition Specialties Inc. announced that Charlie Jensen is the newest team member of its purchasing department. Jensen has been in the automotive specialty-equipment industry since 1989, when he went to work as a customer service rep for Flex-a-Lite. Over the next seven years, he worked his way up in the company, achieving the ranks of production coordinator and sales manager. He has also worked in sales at K&N Engineering, R&R Marketing and IMS Marketing, which received recognition for outstanding service from SEMA in 2012. 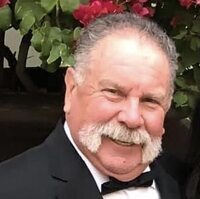 Race Winning Brands (RWB) welcomed industry veteran Vic Wood as a regional tech support manager. Wood comes to Race Winning Brands with more than 40 years of experience in the automotive aftermarket. A native of Australia, Wood came to the United States in 2000 after a long career as a winning drag racer and oval-track competitor. At RWB, Wood will service automotive engine builders, performance shops and distributors throughout the Midwest. He will remain based out of the Kansas City area to serve the Midwest territories.

The Eastwood Company completed the acquisition of Yost Vises, a specialized provider of high-quality vises. The Yost Vises brand has a 100-year-old history as an industry-leading provider of rugged, durable and dependable work-holding tools sold at DIY price points. It offers a range of bench vises, drill press vises, woodworking vises and clamps and accessories sold via e-commerce to automotive enthusiasts, metalworkers, woodworkers and other DIYers and hobbyists. 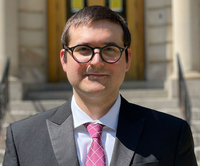 Eleven Engineering Inc. announced that Oleksandr Antonenko joined the company’s growing research and development design team. Antonenko has a bachelor of science degree in electrical engineering from the University of Alberta.

Gold Eagle Co. announced the retirement of Robert F. (Bob) Hirsch. He joined Gold Eagle in 1957 alongside his father, company founder Armin Hirsch, and served as chairman and most recently senior vice president and director. For the past 10 years, Hirsch chaired the Automotive Aftermarket Charity Foundation to provide financial support for industry employees and their families and was active in fundraising for the American Cancer Society. He will continue to serve on the company’s board of directors. 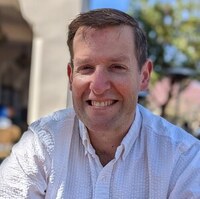 With the untimely passing of Art Morrison Enterprises (AME) Vice President Craig Morrison, long-time AME employee Matt Jones (pictured) will take over a number of the responsibilities that he had shared with Morrison since 2019 as operations manager. Jones joined AME in 2005. He worked hand in hand with company founder Art Morrison. As the company grew, Jones ascended to the roll of lead engineer, ultimately supervising a trio of other chassis and suspension experts. Jones was the prime motivator in the development of the AME multi-link IRS.

Johnson’s Hot Rod Shop acquired the tooling, equipment and proprietary manufacturing techniques from Walker Radiator Works and will move forward as Johnson’s Radiator Works. Johnson’s Hot Rod Shop is committed to continuing the same standard of excellence set forth, as each radiator will continue using the finest-quality materials available, according to the company. The product line focus will be continuing on the legacy of Walker Radiator Works and developing into other markets for later-model car and truck applications. 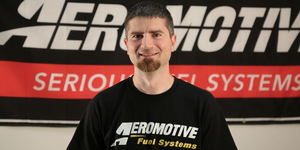 Aeromotive announced the hiring of Phillip VanBuskirk as national sales manager. VanBuskirk brings 16 years of aftermarket automotive sales experience to Aeromotive, formerly working as a performance parts specialists for both ProCharger and Weld Racing. In his new role, VanBuskirk will be responsible for all Aeromotive sales functions.

Holley announced that Vinod (Vinny) Nimmagadda was appointed executive vice president of corporate development and new ventures. Nimmagadda, an experienced investment banker, will serve as a member of the executive leadership team and report directly to President and CEO Tom Tomlinson. Prior to joining the Holley team, Nimmagadda served as vice president at Jefferies Group LLC in the global automotive aftermarket team, where he played a role in many mergers and acquisitions transactions, financings and equity offerings. 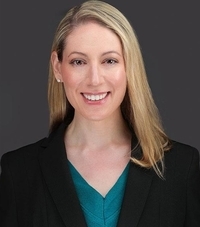 Bridgestone Americas announced that Sara Correa has been appointed chief marketing officer (CMO), effective July 26. Correa succeeds Philip Dobbs, who announced that he will retire from Bridgestone in October after a transition period to onboard Correa into her new role. As CMO, Correa will be responsible for the company’s marketing “Center of Excellence” and focus on driving enhanced coordination and marketing activation for the company’s tire and solutions businesses in the United States and Canada.

Air Flow Research (AFR) was acquired by Taglich Private Equity (TPE) in a partnership with AFR’s founding family and management. The company’s 42 production and office employees based in Valencia, California, will remain with the current executive team and staff. AFR was founded in 1970 by Ken Sperling and was family-owned until the recent acquisition. Sperling’s son Rick will remain as president and a significant owner of the company.

The XLerate Group added Liquid Motors to its offerings, serving consignors and buyers both digitally and in-lane. Liquid Motors is a critical service provider to independent auctions, dealers, marketplaces and key industry participants.