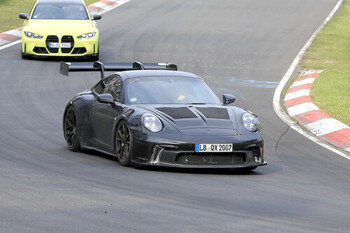 Yet another prototype of the 992 GT3 RS has been spotted at the German Nürburgring race circuit. There are multiple clues showing this to the Rennsport model.
For starters, the early development stage seems to fall in line with the life cycle of the 992, and the air extractors on the front wings have 3RS written all over them. 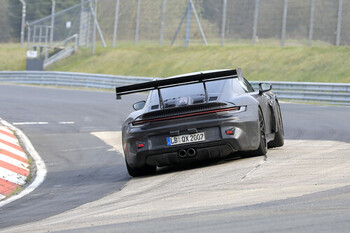 A super-sized rear wing seems more suitable for a race car than a street car. The central exhaust tips indicate a naturally aspirated engine, most likely a 4.0L flat six  delivering 500-plus hp. 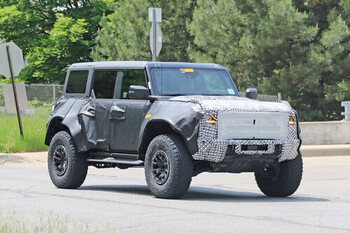 It’s been called the “Bronco Warthog,” but a source has confirmed that we’re actually looking at the Ford Bronco Raptor. All the expected workings of a Raptor are present and accounted for, including significantly higher ground clearance, wider wheel arches, and a wider, more aggressive stance.

The prototype rides on a set of BFGoodrich AT All Terrain T/A tires, though we can’t quite make out the size. (It appears to be a 17-in. rim.) It’s not clear what suspension upgrades are in place, but the Raptor is definitely expected to feature a more rugged and capable chassis. The latest rumblings pin the Bronco Raptor as launching for the ’23 model year, where it will join the F-150 Raptor and Ranger Raptor. 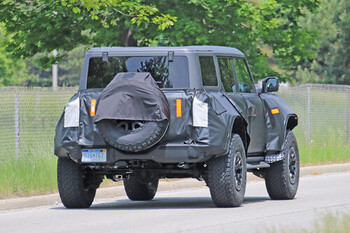 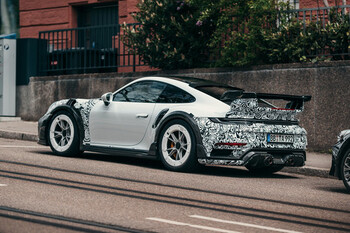 Performance of the engine under the wings can only be guessed. With the performance increase for the 911 Turbo S being 60 hp and 74 lb.-ft. of torque to a total of 710 hp and 665 lb.-ft., a total power output of around 800 hp is expected.