FTC Report on Right to Repair: The Federal Trade Commission (FTC) issued a report to Congress that is highly critical of anti-competitive repair restrictions employed by manufacturers that limit consumer choice. The report is based on industry research gathered at an FTC workshop in 2019 and covers a wide range of products, including automobiles. The FTC noted little evidence to support manufacturers’ justifications for repair restrictions (e.g., safety, cybersecurity, liability and reputational harm, quality of service). While the Magnuson-Moss Warranty Act makes it illegal to void a warranty or deny coverage due to the mere presence of an aftermarket replacement or specialty part, the FTC expressed concern that new technologies such as software lockouts may prevent independent servicing or installation of the non-OEM parts. SEMA noted at the FTC 2019 workshop that it periodically receives complaints of auto dealerships voiding warranties based on the presence of a specialty part rather than confirming that the part had caused a malfunction. SEMA recommended that consumers be provided a written explanation if being denied warranty coverage. The FTC will consider if there are additional regulatory and legislative actions that can be taken to better protect consumers.

Definition of Independent Contractor: The Biden administration officially withdrew the independent contractor regulation issued in the closing days of the Trump administration. While the issue may be revisited in the future, the U.S. Department of Labor (DOL) is reverting for now to previous guidance on distinguishing whether an individual should be classified as an independent contractor or an employee. Specifically, the DOL is deferring to the seven-factor “economic realities” guidance test issued in 2008:

The increase of independent contractors in recent years who perform on-demand services such as drivers and other gig workers has placed a focus on the definition. Company employees have protections under the Fair Labor Standards Act such as minimum wage and overtime compensation that do not apply to independent contractors.

Illinois—Antique Vehicles: The Illinois Senate Transportation Committee passed SEMA-supported legislation to allow expanded-use antique vehicles to be driven without limitation for two additional months. Currently, expanded-use antique vehicles are defined as being more than 25 years old “or a bona fide replica” and are limited to traveling to and from auto shows, exhibitions, service stations and demonstrations during the colder months (November through March) but can be driven without limitation during the warmer months (April through October). The bill proposes that the months without driving limitations be expanded to March through November. The bill previously passed the House of Representatives and now awaits consideration on the Senate floor.

Kansas—Antique Vehicles: Kansas Governor Laura Kelly signed into law SEMA-supported legislation to redefine vehicles eligible to be registered as antique vehicles. Previously, the Kansas Highway Patrol defined an antique vehicle as being “more than 35 years old and as close to the original as possible, without any significant alterations to the major component parts.” The new law requires only that the vehicle be more than 35 years old, regardless of the age of the component parts installed.

Massachusetts—Antique Vehicles: The Massachusetts House of Representatives introduced a pair of SEMA-supported bills to exempt older antique vehicles from the state’s annual safety inspection requirement. The bills apply to vehicles at least 50 years old and registered with antique or year-of-manufacture (YOM) license plates and whose owner is a member of a recognized antique automobile club. Current law requires all vehicles to be inspected every year regardless of model year, including those registered as antiques. The bills await consideration in the Joint Transportation Committee.

Massachusetts—License Plates: The Massachusetts House of Representatives introduced legislation to allow the display of only a single, rear-mounted license plate for all passenger vehicles. Under current law, vehicles must display two license plates. The bill currently awaits consideration in the Joint Transportation Committee.

Massachusetts—YOM Plates: The Massachusetts Legislature introduced a pair of SEMA-supported bills to allow year-of-manufacture (YOM) registration plates to be restored to their original colors and designs. Vehicles registered as antique may currently display YOM plates with DMV approval. DMV regulations state that the plates must be in original condition. The bills await consideration in the Joint Transportation Committee.

New York—Historic Vehicles: The New York Assembly introduced SEMA-supported legislation to allow historical vehicle owners to pay only a one-time registration fee of $100 upon initial registration. Under current law, owners of the vehicles pay a fee of $28.75 every year. The bill currently awaits consideration in the Assembly Transportation Committee.

North Dakota—Vehicle Titling: The North Dakota legislature failed to pass prior to adjournment SEMA-supported legislation to allow a “collector’s title” to be issued to an owner of a rebuilt, reconstructed, salvaged, antique or vintage motor vehicle without a certificate of inspection.

Texas—License Plates: The Texas Senate passed SEMA-supported legislation to allow the display of only a single, rear-mounted license plate for passenger vehicles if the vehicle is unable to display a front license plate. The bill awaits consideration by the House Transportation Committee. 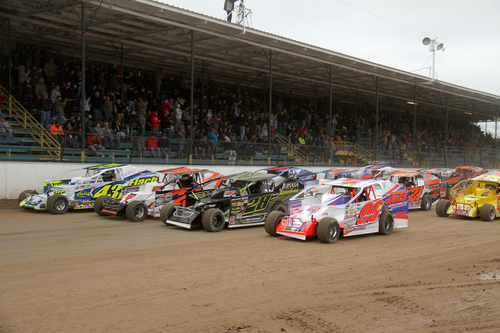 Economic Support for Racetracks: SEMA, the Performance Racing Industry and 17 other organizations representing live recreation and amusement venues asked the U.S. Small Business Administration (SBA) to expand the Shuttered Venues Operator Grant (SVOG) program to include motorsports, horse racing, recreation events, and mobile amusement. The COVID-19 pandemic posed significant challenges for racetracks and other live entertainment operators, especially when states placed restrictions on the sizes of gatherings. The U.S. Congress created the $16 billion SVOG program to assist live entertainment and performing arts venues that experienced significant revenue declines, but the SBA did not include racetracks and many other forms of live entertainment in the list of groups that are eligible to apply for grants. The coalition asked the SBA to reconsider its eligibility guidance and is also working with Congress to expand the SVOG program through legislation.

Trade Show Participant Tax Credit: SEMA-supported legislation was introduced in the U.S. Congress that would provide tax credits to cover 50% of the expenses associated with exhibiting at or attending trade shows and conventions in the United States between January 2021 and December 2024. SEMA continues to work with other key industry and trade groups in urging Congress to consider the Hospitality and Commerce Job Recovery Act. The legislation has been referred to the House and Senate tax and finance committees.