Champion of the Aftermarket Industry

Although Congress tends to garner the headlines, some of the most important issues that affect the automotive aftermarket are controlled by the states. Issues such as vehicle titling and registration, exhaust noise, optional equipment, inoperable vehicles and many more are regulated on a state-by-state basis. If you want to be able to title and register your vintage Humvee (or HMMWV) but no process currently exists for registering former military vehicles in your state, you can turn to your state legislators to ask for help.

West Virginia State Senator Mark Maynard, an active member of SEMA’s State Automotive Enthusiast Leadership Caucus, is not just a lawmaker who’s willing to listen to the concerns of automotive enthusiasts—he’s an enthusiast himself.

Sen. Maynard was first elected to the West Virginia legislature in 2014, beating the incumbent Democratic candidate (who at that time was the longest-serving member of the West Virginia Senate) by only a few hundred votes. Now serving in his second term, Sen. Maynard has proven himself to be a staunch ally to SEMA.

As a small-business owner and lifelong “gearhead,” Sen. Maynard understands firsthand the struggles SEMA members face. During his time in the West Virginia Senate, he has been the lead sponsor on numerous bills to support and promote off-roading and motorsports in the state. Several of those bills have been supported by the SEMA Action Network.

Promoting outdoor recreation, including OHV use, is a priority for Maynard. In the last year alone, he has worked on legislation to create an Office of Outdoor Recreation in West Virginia, develop a West Virginia Statewide Motorized Trail, encourage public access and use of state roads and trails, and request the construction of an off-highway vehicle trail to parallel the Appalachian Hiking Trail.

It’s clear that, as an avid off-road enthusiast, Sen. Maynard is able to use his passion and knowledge to his advantage as a legislator. He was also awarded the first-ever Stephen B. McDonald Legislator of the Year award at the 2018 SEMA Show.

Sen. Maynard recently took some time to do an interview with SEMA News, which appears below. State lawmakers represent fewer constituents than federal lawmakers, and thus are often more accessible. Sen. Maynard invited readers with questions or comments to contact him at mark.maynard@
wvsenate.gov.

SEMA News: We suspect that any representative at the state or federal level is inundated with information and requests. How can we cut through all the noise and help our representatives better understand our industry?

Mark Maynard: If there is something very important on someone’s mind, they could spend less than 15 minutes and accomplish every method of contact for their legislator: email, phone call, and a letter. Unfortunately, it’s not easy to find a contact database for all of the representatives in your state to allow you to send one email to all legislators, but with copy-and-paste, you can reach many legislators with the same message.

You can also save the email addresses of all of your legislators in a document so that you can copy and paste them using the CC or BCC function whenever you have a message. In West Virginia, for example, you could get your point across in less than five minutes to 134 legislators. But my main recommendation is belonging to an association that can keep you updated and represent you on topics related to your industry.

SN: That is very interesting. To be honest, we’ve often had the sense that our representatives are so overwhelmed with constituent feedback that our single message isn’t going to make any difference, but as we talk about this, our realization is that maybe our messages have more resonance than we realized.

MM: Absolutely! I am not overwhelmed; I have a manageable amount of messages and feedback. I share my email address and phone number readily and have really tried to get it out there. I receive a manageable number of text messages every day. We try hard to keep an eye on feedback, especially when we’re in session. That’s when it’s really important for constituents to contact their legislators, when they are in session. Grassroots efforts can have a big impact on a bill.

SN: As electric and hybrid vehicles gain popularity, there will inevitably be some attention from regulators looking at motorsports. How can we make sure that the internal-combustion engine is specifically protected in motorsports applications?

MM: That’s a great question. The idea of the internal-combustion engine not being a part of motorsports, that actually almost brings a tear to my eye. I embrace all forms of motorsports, electric or otherwise, but my first love is the rumble of an internal-combustion engine. It’s going to take a grassroots effort for constituents to say, “No, we will not allow these engines to go away.” I’d hate to see it come to this someday, but it’s one thing if we lose the cars on the street, but we’re going to have to stand firm to not allow the electric engine to ever be exclusive.

SN: Another important issue for segments such as off-road racing is land access. You were recently appointed as a board member of the Blue Ribbon Coalition. How can we make certain we have access to the land needed for different forms of competition?

MM: You know, it once again comes back to your state and federal legislators. They are in control of this land, but when it comes right down to it, they share control.

State and federal agencies are technically in charge, and the legislators can make the greatest arguments in the world [for land usage for motorsports], but if these agencies don’t agree, then it doesn’t happen. They are considered the experts, and their opinion many times outweighs the points made by a legislator or a committee. I can have the greatest ideas in the world for land access, but when the Department of Natural Resources says it’s bad, the idea goes down in flames most of the time.

I’ve talked about contacting your legislators, but in many cases, the head of a state agency actually has much more authority than the legislature—but they are known as bureaucrats for a reason. They are often appointed and in a position to do good things, and sometimes when you think outside the box, it’s not always a good thing. So this bureaucrat could risk his position if he gets a little too radical and tries to make things happen. But for an individual to try to make things happen, contacting your state and federal agency, the U.S. Environmental Protection Agency, and either the U.S. Forest Service or the Department of the Interior (DOI), those are avenues.

The fight for land usage is becoming a pretty big job. I have scheduled meetings in Washington, D.C., with the U.S. Department of Agriculture and the DOI stressing the importance of land access. If I lived closer to D.C., I would be there once a month, knocking on their doors.

And one more thing: Go to the Capitol. I know it’s difficult now with the COVID situation, but go to Washington, set up an appointment with your legislators, and talk to them. Stress to them the importance of land usage for off-road sports. The squeaky wheel gets the grease. That’s still true.

››› Promoting outdoor recreation, including OHV use, is a priority for State Sen. Mark Maynard. In the last year alone, he has worked on legislation to create an Office of Outdoor Recreation in West Virginia, develop a West Virginia Statewide Motorized Trail, encourage public access and use of state roads and trails, and request the construction of an off-highway vehicle trail to parallel the Appalachian Hiking Trail. 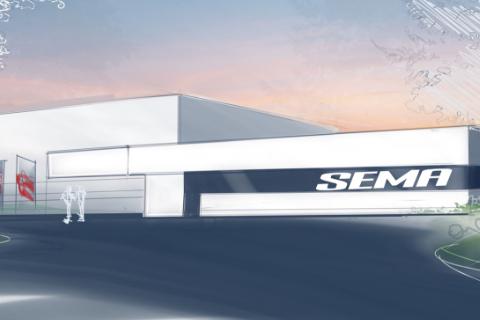