SEMA Challenges EPA Position on Race Parts: SEMA filed an amicus brief in a lawsuit between the U.S. Environmental Protection Agency (EPA) and Gear Box Z. Inc., arguing against the EPA’s contention that the Clean Air Act (CAA) does not allow a motor vehicle to be converted into a racing vehicle used solely for competition. The EPA first pursued this controversial interpretation of the CAA as part of a 2015 draft rulemaking, but it quickly withdrew the provision following a huge, SEMA-led public outcry. In the GBZ litigation, however, the EPA again maintains that once a vehicle has been certified as a street vehicle, it cannot be converted into a racing vehicle even if that vehicle is trailered to the track and is never driven on public roads. In its brief, SEMA argued that the CAA does not apply to certified vehicles used exclusively on the track. SEMA noted that “the agency’s interpretation breaks from the plain language of the CAA, the legislative history, and EPA’s regulations and guidance.” The EPA responded to SEMA’s amicus brief, taking the position that its enforcement is limited to defeat devices (illegal parts installed on highway vehicles). The U.S. District Court for Arizona ruled that there was sufficient evidence in the case to issue a temporary restraining order against GBZ for future sales pending a court trial. The court declined to consider the motor-vehicle-conversion issue raised by SEMA, ruling that the issue was moot since GBZ presented no conclusive evidence its products were sold exclusively for competition. 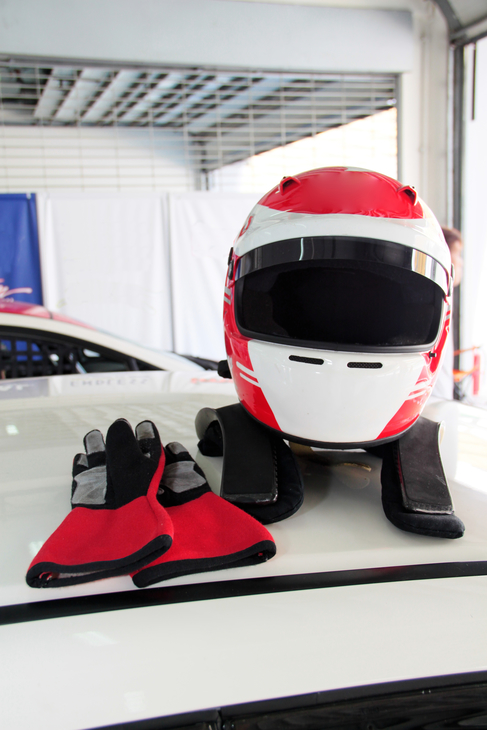 RPM Act: SEMA is working with lawmakers in the U.S. Congress to reintroduce and pass the Recognizing the Protection of Motorsports Act (RPM Act)—bipartisan legislation to clarify that it is legal to make emissions-related changes to convert a street vehicle into a dedicated race car. It also confirms that it is legal to produce, market and install racing equipment. Since it was first introduced in 2016, the legislation has been subject to committee hearings and inclusion in a 2020 energy bill passed by the House but never taken up by the Senate. Congress must pass the RPM Act to counter EPA overreach and provide certainty to racers and motorsports parts businesses

Trade Show Participant Tax Credit: SEMA-supported legislation was introduced in the U.S. Congress that would provide tax credits to cover 50% of the expenses associated with exhibiting at or attending trade shows and conventions in the United States between January 1, 2021, and December 31, 2024. The Hospitality and Commerce Job Recovery Act would help businesses that participate in trade shows and the millions of men and women employed in the tourism industry. The legislation has been referred to the House and Senate committees that oversee tax policy.

Economic Support for Racetracks: SEMA and PRI (Performance Racing Industry) have formed a coalition in partnership with 17 organizations representing recreation, sports and amusement live venues that have experienced significant revenue declines during the COVID-19 pandemic. The coalition is working with Congress to create a federal program to provide financial grants to racetracks and other live-entertainment businesses impacted by state and local attendance restrictions during the pandemic.

Definition of Independent Contractor: The Biden administration is withdrawing the independent contractor rule issued in the closing days of the Trump administration. The U.S. Department of Labor (DOL) questioned whether the rule fully aligned with the Fair Labor Standards Act, court rulings, and application of the economic realities test. At issue is an attempt to clarify when an individual is an independent contractor rather than a company employee. Factors include defining the economic independence of the contractor, such as control over the work and the opportunity for profit or loss. The withdrawal means that the issue reverts to previous DOL positions on the topic, which do not override laws enacted by California or any other states or local jurisdictions.

Arizona—License Plates: The Arizona House of Representatives passed SEMA-supported legislation to create new legacy license plates replicating examples from the state’s past to be available for display on all vehicles. The plates would cost $25. Currently, authentic vintage plates may be displayed only on vehicles that are eligible for either classic-car or historic-vehicle plates upon authorization from the DMV. The bill awaits consideration by the Senate Transportation and Technology Committee.

Hawaii—Exhaust Noise: The Hawaii Senate passed SEMA-supported legislation that would allow the use, sale, alteration or installation of car mufflers that meet a 95-decibel noise limit. Under the current law, no person can sell, alter or install a muffler that will noticeably increase a vehicle’s noise. The bill currently awaits consideration by the House Committees on Transportation and Judiciary.

Idaho—Custom Vehicles: The Idaho Senate Transportation Committee passed SEMA-supported legislation to add a vehicle registration classification for custom vehicles. The bill defines a custom vehicle as a replica vehicle that is at least 30 years old and is designed and manufactured to resemble a vehicle that would qualify for classic license plates. Current law permits specialty designations only for motor vehicles registered as classics, old-timers or street rods. As with current specialty designations, a unique license plate would be created for custom vehicles and would allow the display of a single rear-mounted plate. The bill awaits consideration by the full Senate.

Idaho—License Plates: The Idaho House of Representatives passed SEMA-supported legislation that would allow all vehicles that were not originally equipped with a bracket, device or other means to display and secure a front license plate to display a single license plate on the rear of the vehicle. Current law permits the display of a single rear-mounted plate only for motor vehicles registered as classics, old-timers or street rods. The bill awaits consideration in the Senate Transportation Committee.

Illinois—License Plates: The Illinois House of Representatives introduced legislation to allow the display of only a single, rear-mounted license plate for all passenger vehicles. Under current law, vehicles must display two license plates. The bill currently awaits consideration in the House Transportation, Vehicles & Safety Committee.

Iowa—License Plates: The Iowa Senate passed SEMA-supported legislation that would allow certain vehicles to display a single license plate on the rear of the vehicle, including those registered as antiques or any vehicle that would require modification to accommodate a front plate. Current law permits the display of a single plate only for motor vehicles that are model-year ’48 or older as well as reconstructed or specially constructed vehicles built to resemble vehicles that are model-year ’48 or older. The bill currently awaits consideration by the House Transportation Committee.

Mississippi—Vehicle Titling: The Mississippi Senate passed SEMA-supported legislation that would allow for the titling of vehicles that are at least 30 years old and are missing documents on oath of ownership. Under current law, there is no such exemption from proper documentation for title applications for older vehicles. The bill currently awaits consideration in the House Ways and Means Committee.

Texas—License Plates: The Texas House of Representatives introduced legislation to require the display of only a single, rear-mounted license plate for all passenger vehicles, with an additional $50 annual fee. Under current law, vehicles must display two license plates. The bill currently awaits consideration in the House Transportation Committee.

Vermont—License Plates and Window Tint: The Vermont House of Representatives introduced SEMA-supported legislation to require the display of only a single, rear-mounted license plate for all passenger vehicles with a registered weight of 10,000 lbs. or less. The bill would also allow window shading or tinting material on the side and vent windows to the left and right side of the driver. Under current law, vehicles must display two license plates, and window shading or tinting material is only permitted for medical reasons. The bill awaits con­sideration in the House Committee on Transportation.

Virginia—Imported Vehicles: The Virginia legislature passed SEMA-
supported legislation to allow the DMV to issue a title for an imported foreign-market vehicle manufactured at least 25 years ago. Current law allows for a negotiable title to be issued only to such vehicles manufactured prior to 1968. The bill currently awaits consideration by Governor Ralph Northam.

West Virginia—Antique Vehicles: The West Virginia House of Delegates introduced SEMA-supported legislation to create an “antique fleet” plate program whereby the owner of five or more antique vehicles would be able to use a single registration plate. Currently, antique license plates are available for vehicles that are older than 25 years and are owned solely as collector’s items. The bill currently awaits consideration in the House Technology and Infrastructure Committee. 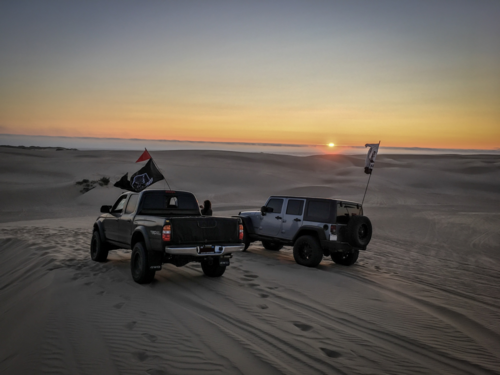 West Virginia—Motorsports: The West Virginia Senate introduced SEMA-supported legislation to aid and incentivize the construction of motorsports complexes. The bill was introduced in the previous legislative session but failed to pass prior to the adjournment of the session. The bill currently awaits consideration in the Senate Economic Development Committee. n

OHV Access at Oceano Dunes: SEMA is vigorously opposing efforts by the California Coastal Commission to abolish off-roading at California’s Oceano Dunes State Vehicular Recreation Area (SVRA). The Commission voted to phase out off-highway vehicle (OHV) access within three years. The commission is citing environmental concerns despite decades of OHV access. Oceano Dunes is managed by California State Parks and is the only park that allows OHV access to the state’s Pacific coast. It has been enjoyed by outdoor enthusiasts from across the country for decades under a permit first issued by the commission in 1982. The commission’s unilateral action to remove OHV recreation will likely lead to a lawsuit, since it conflicts with a separate action by State Parks to establish a long-range management plan for the area to include OHV access. State Parks is reviewing public comments on its proposed management plan. SEMA will continue to support OHV access to Oceano Dunes.