SEMA Launch Pad, Presented by YEN, started in 2013 as a partnership between SEMA Education and the Young Executives Network (YEN). The goal was to promote entrepreneurship in the automotive aftermarket by giving young innovators and builders a chance to showcase their products before a panel of judges at the SEMA Show. Out of hundreds of aspirants who entered this year, five finalists were chosen to pitch their products at SEMA360 before a panel of industry experts.

The panel of judges for SEMA360 Launch Pad was composed of five industry leaders who cover a wide range of the specialty-equipment aftermarket. They were Daryl Sampson, director of marketing for Turn 14 Distribution; Dan Kahn, president and CEO of Kahn Media and a member of the SEMA Board of Directors; Jonathan Mill, executive producer and general manager at Alloy Studios and the 2013 SEMA Launch Pad winner; Brian Reese, CEO of The Retrofit Source; and Melanie White, president of Hellwig Products and a member of the SEMA Board of Directors. This year’s host was master builder and star of Discovery Channel’s “Shifting Gears” Aaron Kaufman of ArcLight Fabrication.

For competitors, the eligibility rules are simple and straightforward. Applicants do not need to be SEMA members but need be under the age of 40 at the time of the closing of SEMA360. The actual presenter must be the owner, president, CEO or a majority shareholder of his or her company, and the product being presented must be functional, whether as a concept, a prototype or a production model currently for sale.

The followng are the finalists who competed in SEMA360 Launch Pad 2020. 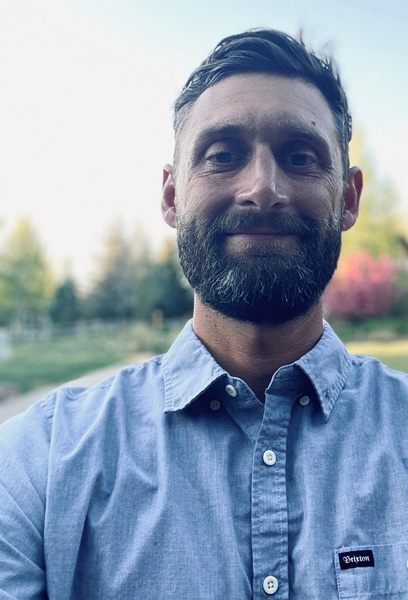 Rever is a mobile app and website for powersports enthusiasts to discover, track and share routes. The company has thousands of recommended roads for sports cars and off-highway users as well as turn-by-turn directions, tracking to view other people in the users’ preferred groups in real time, and the first CarPlay-compatible app of its kind for this specific audience.

“Millions of people around the world buy vehicles to get out and escape,” Bradshaw explained. “But unlike Strava for cyclists or maybe All Trails for hikers, the powersports community lacks a common place to get together and do these things—until now.

“Rever is the world’s largest app and website to discover, track and share your powersports experiences. We do this in a few ways with a bunch of really rad technology that fits in the palm of your hand. Our Twisty Road algorithm will spit out the best way from A to B, and it’s not the shortest time or shortest distance like Google, Apple or Waze gives you. Also, features such as our Friend Tracker can keep group rides together, and our Weather Overlays lets you know when to put the top back up.” 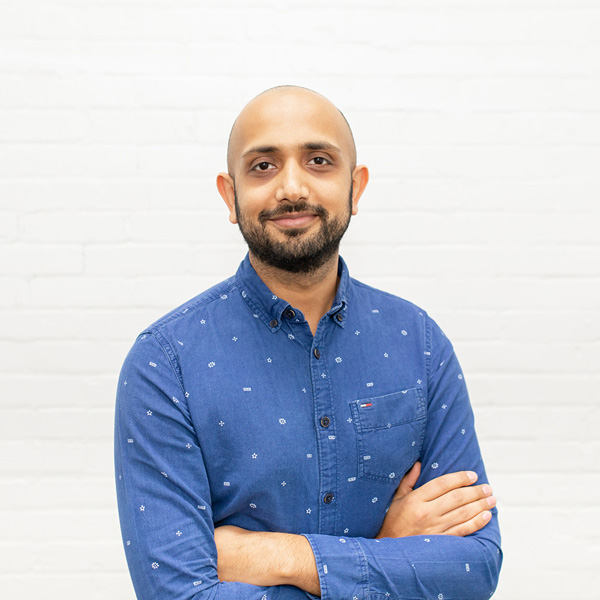 ExoShield is a thin, transparent film that stops rock chips through increasing the impact resistance of the windshield by a claimed factor of six. It is powered by Alchemy’s proprietary nanocoatings, which allow it to be both impact- and scratch-resistant and prevent expensive windshield replacements for vehicle owners.

“Advanced driver-assist systems (ADAS) with safety features such as lane-keep assistance and pedestrian collision avoidance will be in 75% of all new vehicles sold in the United States this year,” Desai noted. “Forty countries are already mandating that all new vehicles sold have this, which means that there will be 900 million ADAS-equipped vehicles in the world in the next 10 years.

“The sensors that power these safety systems are mounted behind the windshield, so when the windshield gets a stone chip and must be replaced, the sensors behind it must be recalibrated. The recalibration process is so expensive that the price of replacing a windshield has gone from $500 to $1,500 for vehicle owners. We’re solving that with ExoShield.” 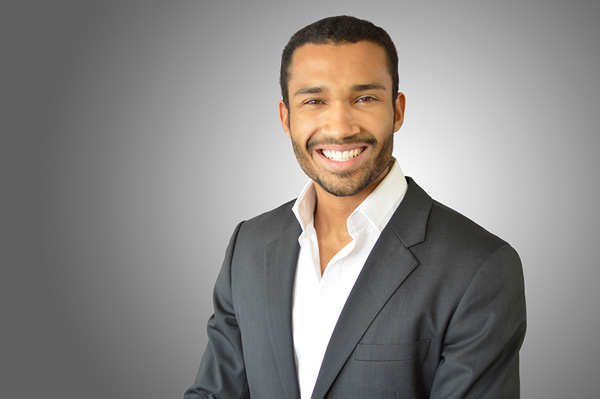 The Impulse is a wireless, battery-powered emergency brake light that reduces rear-end collisions by pulsing eight ultra-bright LEDs under extreme braking situations up to a claimed 50% quicker. The Impulse can be installed on any passenger vehicle with a standard rear windshield in a matter of seconds.

“We looked at how brake lights are 40 years old in design, and while we keep upgrading our phones and every sort of distraction you can imagine, our brake lights haven’t changed,” Hence explained. “So we thought that it was time for an upgrade.”

The result is “an ultra-bright, pulsating brake light that makes the driver behind you react faster. It acts specifically when you brake hard,” providing an LED pulsing of red lights to attract the attention of trailing drivers.

One appealing element of the Impulse is its simplicity of operation.

“It’s completely stick-on,” Hence said. “It has no wires, because it uses a motion sensor and a battery, so you can simply stick it to the rear window of nearly any vehicle, with a four-year battery life for the average driver.” 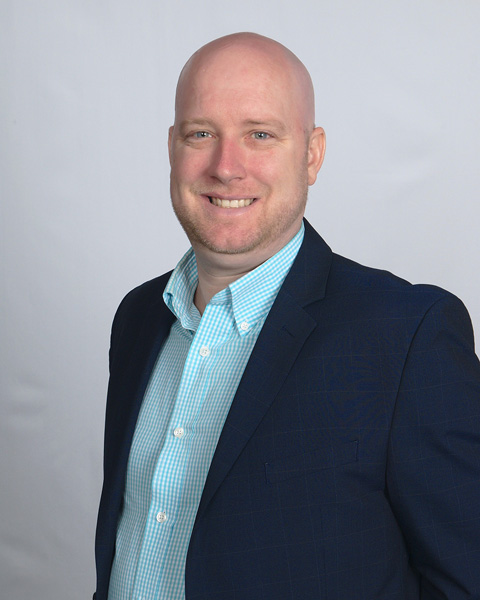 The Stowaway Door is designed for Jeep owners to enjoy door-free days without worrying about rain, cold or a little mud on the seats. When not in use, the soft door folds to fit under the rear seat or anywhere you could store a small tent.

“Almost every Jeep owner at some point takes the doors off their Jeep,” Rafeld said. “But what happens when the sun goes down or it starts to rain or maybe it gets a little bit colder? All of a sudden, the only thing between you and the elements is a sunburn and maybe a pair of wet swim trunks. I’ve lived that situation, and I can tell you that’s not fun.

“The Stowaway Door was designed to solve the problem that has plagued Jeep owners for generations. It’s a lightweight alternative to the heavy factory doors. When not in use, it can fold up and store right underneath the rear seat, and it’s ready for you if the weather goes foul or you need to make sure that you’re protected from the elements.” 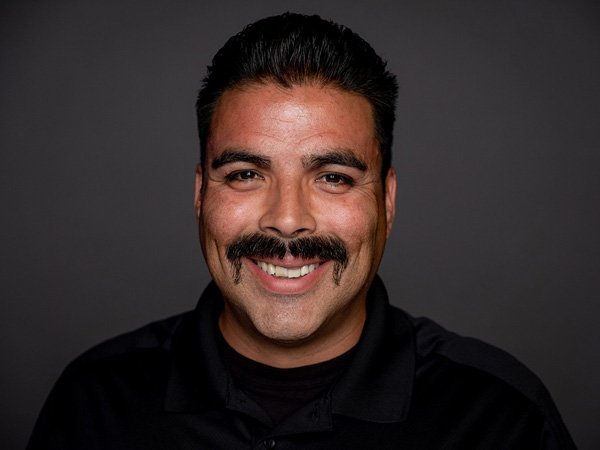 Established in August 2019, Dirt Dynamix designed and brought to market its Universal Truck Bed Mount—a simple and cost-effective way to offer shade via umbrella and/or mounting any flagpole in the bed of any truck.

“The DDX Truck Mount is a universal truck bed mount that’s a simple and effective way to add a tailgate umbrella or a flagpole to the bed of any truck,” Rivera said. “Officially, it’s the first of its kind that’s universal to all trucks, and it takes only three tools and 15 min. to install. It’s compatible with bedcovers, bed racks, bed slides and toolboxes for late models and old models.”

Rivera also called out the mount’s potential use as a commercial marketing tool beyond its basic functions.

“What better way than a 9-ft. canvas or a 3x5-ft. flag to be even more visible?” he said. “It allows you to protect yourself, your tools and your products quickly and effectively, all while branding your company.”

The panel of judges agreed unanimously that the product offerings from this year’s contestants were uniformly strong. “All of them are solving a problem in our industry,” White noted. “I’m glad that I wasn’t competing this year,” said former Launch Pad winner Mill. “Every year it gets stiffer and stiffer, with a lot of good products.”

First up, competitor Hence was scored highly for his presentation skills.

Right out of the gate, he was calm,” Kahn observed. “He had a lot of self assurance. He knew his product. That wasn’t a memorized pitch so much as a guy on stage talking about something he’s passionate about.” On the downside, judges expressed concern that his product’s price point might be a bit too high to be competitive.

“Unlike the others, he has a product that doesn’t have to go out and convince the consumer that there’s a market for it,” Kahn said. “There is a built-in demand, and people already want it. All he has to do is make it and get it into distribution, and it’s going to sell.”

Conversely, the judges felt that his marketing plan was the weakest, suggesting that he look for a partner with high marketing acumen. Competitor Bradshaw was scored highly for his product’s innovation and appeal.

“I have actually been in the situation where I need to find a road or trail,” Reese said. “I’m a Strava user, so his product really resonated with me. I think it’s a great idea.”

“He came right out of the gate stronger than probably any other pitch we heard,” Kahn said. “He knows his product. He clearly developed it in the lab, but I think he’s also approaching it like an engineer,” stressing the need for good marketing skills as well as technical wizardry to bring a product to market. Additional concerns included potential high installation
costs.

Finally, competitor Rafield was judged highly for his authenticity and entrepreneurial spirit.

“Of everyone who presented today, he is the most representative of our core consumer, “ Kahn noted. “He was a guy who loves his Jeep, had an issue, and he wanted to fix that problem.”

The judges found his presentation a bit rough and regretted that he hadn’t brought an actual sample of the product for them
to examine.

After careful deliberation, the judges reached their final decision: The winner was Roland Hence and the Impulse emergency brake-light system.

“The first thing that stood out about Roland was how well-spoken he was,” Mill said. “The guy knows this product. He knows himself, and he’s very, very confident.”

“Roland is so polished, and he nailed it,” White added. “He just seems like someone really determined, willing to take feedback and ready to apply it.”

“There’s a crash every three minutes in the United States,” Hence said. “The Impulse prevents up to 50% of crashes, and it’s a true breakthrough. As an entrepreneur, you dream about this moment. I am incredibly proud of my team and grateful to SEMA for the platform to showcase our hard work and life-saving product. I hope that we can take a meaningful step toward reducing rear-end crashes with this incredible result.”

For his winning effort, Hence received a prize package valued at $25,000, which included a 10x10-ft. turnkey exhibit space at the 2021 SEMA Show, a free full-color advertisement in SEMA News, up to three hours of free custom scanning services at the SEMA Garage, a one-year subscription to the SEMA Garage Tech Transfer program, and a host of other prizes—including a check for $10,000.

“What we’re going to do [with the $10,000] is put it into our marketing efforts,” Hence said. “But ultimately the question is getting to the point where we’re ready to go for it and just scale.”

One of the most important purposes of SEMA Launch Pad has been to provide greater public exposure to the best new specialty-equipment products from the latest generation of entrepreneurs and innovators to better assist them in turning their concepts into reality and their prototypes into retail-ready products. It happened to one of SEMA Launch Pad’s finalists this year.

Only a few days after the conclusion of Launch Pad 2020, Comoto Holdings (parent company of leading motorcycle enthusiast brands RevZilla, Cycle Gear and J&P Cycles) announced that it had acquired Rever, the technology company started by Launch Pad finalist Justin Bradshaw that connects the global community of powersports enthusiasts via an app and website.

“One of Comoto’s core values is to ‘Share the Road,’ a commitment to putting people first,” said Ken Murphy, CEO of Comoto Holdings. “With the addition of Rever, we now have the opportunity to literally do this—to help people share their favorite roads with their fellow riders.”

Commenting on the acquisition, Launch Pad finalist Bradshaw observed: “We think life is better when there’s a motorcycle in it, and we use thoughtful technology to make powersports more enjoyable, accessible and safer for everybody.”

Entries for Launch Pad 2021 are set to open later this spring. For more information, visit www.sema.org/launch-pad.