China Tariffs: Tariffs were imposed on most imported goods from China starting in July 2018. The tariffs were divided into four separate lists, with auto parts generally placed on List 3. The tariffs were first intended as leverage during U.S.–China trade talks. While the two nations reached a Phase One agreement in January 2020 on increasing intellectual property protection, eliminating forced technology transfer and other issues, the tariffs remain to ensure compliance. They are also bargaining chips for Phase Two negotiations on addressing cybertheft and reducing the U.S.–China trade imbalance. Products on Lists 1–3 are subject to 25% tariffs, while List 4 tariffs are set at 7.5%. The U.S. Trade Representative established a process for companies to seek an exclusion from the tariffs if it could be demonstrated that there was no other supply source and the company would suffer serious economic harm. Some exclusions were granted for a limited time, but nearly all ended as of August or December 2020. SEMA, along with many other trade associations and companies that comprise the Americans for Free Trade coalition, has urged President Biden to repeal the tariffs, which are paid by American businesses and passed along to U.S. consumers.

Duties on Tires From Southeast Asia: The U.S. Department of Commerce (DOC) issued a preliminary ruling that Vietnamese tire producers were receiving unfair subsidies due to the country’s “undervalued currency.” The DOC calculated countervailing duty rates ranging from 6.23% to 10.08%, and Customs began collecting cash deposits from tire importers based on the preliminary rates. The countervailing duty decision is part of a broader investigation alleging that passenger-car and light-truck tires from South Korea, Taiwan, Thailand and Vietnam are being sold in the United States at less than fair value (“dumping”). The DOC was expected to issue its preliminary anti-dumping decisions by late December, with final decisions to be issued in mid-March 2021. The alleged dumping margins are as high as 195% for Korea, 147% for Taiwan, 217% for Thailand, and 33% for Vietnam. The U.S. International Trade Commission (ITC) has already made an initial determination that U.S. industry is likely being harmed by the alleged dumping and subsidies. For duties to take effect, the ITC must confirm that there is harm or threatened harm to U.S. industry once the DOC has issued its final dumping and subsidy calculations.

Digital Millennium Copyright Act Extension: The U.S. Copyright Office recommended extending an existing exemption that allows vehicle owners and authorized third service and repair parties to perform vehicle diagnosis, repair and modification without fear of prosecution under the Digital Millennium Copyright Act. The exemption was first granted in 2015 and is subject to renewal every three years. The extension was requested by SEMA along with the Auto Care Association and Motor and Equipment Manufacturers Association. The three trade associations argued that the exemption is needed, since vehicles are becoming more digital and the affected parties will otherwise be denied the chance to make vehicle repairs and modifications. The Copyright Office will now consider requests to rescind or limit the exemption, if any, before it is scheduled to be renewed next October. 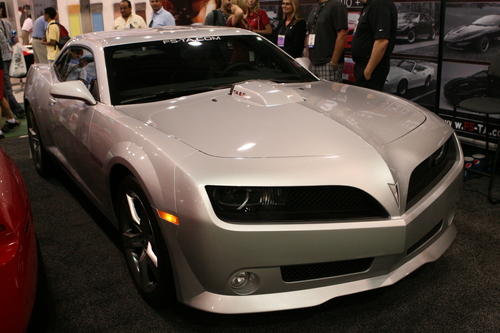 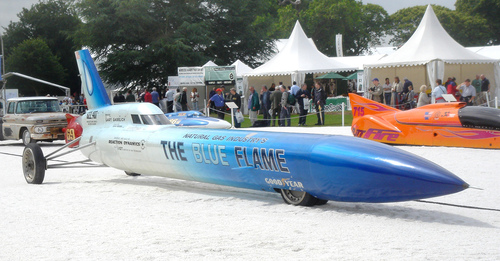 The rocket car was designed in part by several professors and students at the Illinois Institute of Technology in Chicago. It was fabricated by motorsports enthusiasts at Reaction Dynamics in Milwaukee, Wisconsin, and raced by the Blue Flame team at the Bonneville Salt Flats in Utah.

The Blue Flame was 37 ft. long and nearly 8 ft. high and wide. It had an aluminum skin and weighed more than 6,500 lbs. The rocket engine produced 58,000 hp and 22,000 lbs. of thrust burning a combination of hydrogen peroxide and liquified natural gas pressurized by helium gas. To this day, the vehicle remains the fastest American hot rod and the fastest vehicle ever driven at Bonneville.

Congratulations to the Blue Flame team and their colleagues who helped design, construct and race this timeless vehicle.