What SEMA360 Taught Us 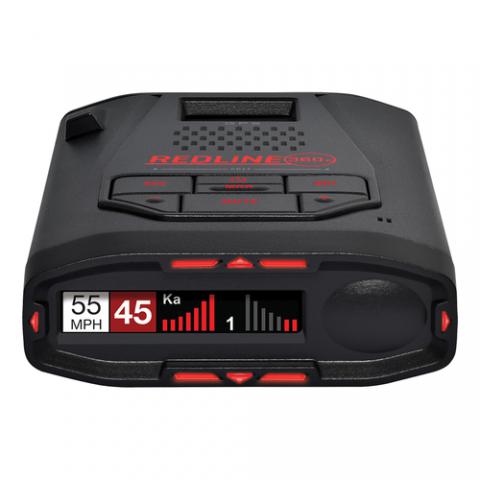 SEMA360 was a first in many ways. For SEMA, it was a first-time excursion into creating an online trade event. For many manufacturers, attendees and media, it was a first exposure to navigating one. But for all involved, it presented a firsthand learning experience surrounding best practices for the digital marketplaces that are now playing a growing role in business-to-business commerce.

With that in mind, SEMA News reached out to various SEMA360 participants about the event strategies they deployed before, during and after the event. It’s probably no surprise that the most successful companies we spoke with embraced a mix of traditional trade-show practices—notably pre-event publicity, product demonstrations, and post-event follow-up—and innovative thinking to leverage key features of a digital platform. The following are two case studies that especially illustrate the best practices that many companies adopted.

Headquartered in Chicago, Cedar Electronics is the parent company to two iconic mobile-electronics brands: Escort and Cobra. In fact, according to Mark Karnes, the company’s vice president of product marketing and business development, Cedar can trace its roots to the original citizens-band (CB) radio of the ’70s.

“We like to joke that it was the first electronic social-media system ever invented, because truckers picked it up, developed their own language, and are still using it today to communicate across highways in North America,” he said.

Cedar has come a long way since then. Now the maker of a wide range of trucking, marine and general-consumer communications and radar-detection products, the manufacturer planned to utilize SEMA360 to debut several of its latest offerings. As with a live SEMA Show, that meant crafting a compelling booth pitch emphasizing the company’s story and key brand advantages. Cedar chose to create its pitch around its accomplishments in connected technologies.

“We’re going to be talking a lot about our connected-car technology products, all of which are operating on one of the largest, most active aftermarket cloud communities,” Karnes explained prior to the event. “Each of our Escort and Cobra detection products—including also now our cameras and our CB radios—all connect to the cloud and share their sensor data with each other. As one detector detects a law-enforcement signal or a red-light camera or one of the users gives an alert to a road hazard, that particular incident is geo-coded. It’s transferred up to the cloud, and that information is shared with you as you come by a half hour later so that you have almost a clairvoyance of what’s ahead of you.”

During the event, in addition to “fully staffing” its Manufacturer Showcase to ensure that there were plenty of people to respond to attendee inquiries, Karnes noted that Cedar had invested heavily in digital assets and was leveraging them on the SEMA360 platform.

“First and foremost, we’re making this as experiential as you can in the virtual medium,” he said. “We’re treating it like it’s a standard SEMA Show, but we’re going to try to do it on a much more virtual and digitally interactive level.”

The company followed the standard Show playbook in other ways as well. For one, it brought lists of its most important customers and reached out to them through the SEMA360 platform with new business opportunities. Just as importantly, Cedar took full advantage of the New Products Showcase to earn industry attention, entering several new GPS-enabled and connected products along with a new line of compact power inverters. That game plan especially paid off. The Cedar Electronics-Escort/Cobra Escort Redline 360c driver-alert system captured first place in the Mobile Electronics category at the SEMA360 New Products Awards, greatly amplifying the company’s SEMA360 marketing efforts.

“We are very much honored to be able to receive an award from our driver-enthusiast peers and our industry peers—and especially from SEMA, because it’s just such an affirmation from our total market audience in our industry,” said Karnes, who added that the company also appreciated the interactive platform SEMA built to allow companies to do business together in the current climate. 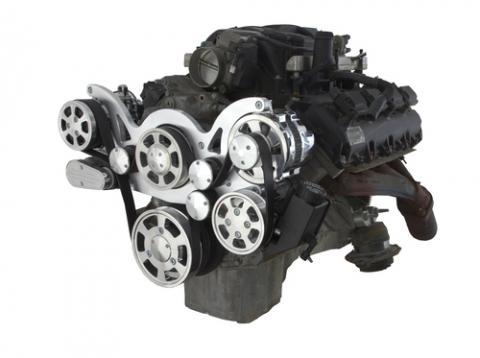 At a live SEMA Show, exhibitors can’t just leave their booths or fan out across the Show floor to canvas business prospects. However, an online trade event is a different animal, and companies such as CVF Racing found success leveraging SEMA360’s networking functionalities.

A manufacturer-retailer of serpentine and accessory drives for classic cars and hot rods, the company, based in New Prague, Minnesota, introduced 18 new products at SEMA360. Trevor Hobson, CVF Racing sales and technical support manager, said that although an online event might never match what a live SEMA Show could offer, “like anything in life, what you put into it is what you get out of it.”

The company originally hoped that its Manufacturer Showcase and new-product content would pull in traffic, but it was obvious that the strategy wasn’t going as planned by the event’s second day. Hobson suspected that the learning curve associated with navigating a new digital trade platform was slowing attendee engagement. Many seemed to be taking more time than anticipated getting a feel for the site’s features and their workings.

His team quickly changed tactics, spending more time in roundtables, visiting the networking lounge, checking out other vendors and Manufacturer Showcases, and especially engaging in educational seminars and their related chat rooms.

“You could go in and look to see who was in there or had visited there, and you could see their profile and actually connect and chat with those people—basically cold-hit them and say, ‘Here’s what we do. Can we fit into your business?’” Hobson said, explaining that he and the team basically worked the event as if they were attendees as opposed to exhibitors.

CVF Racing ended up sending out roughly 200 cold hits throughout the week. That strategy resulted in a good number of solid offline email conversations and online requests for further information.

“We took a very proactive approach to trying to go out and generate leads versus waiting for someone to come click on our booth,” noted Hobson, who added that his company also took away some other valuable lessons from its SEMA360 experience. Among those was the need to build up a cache of ready digital assets along with some new approaches to project management.

“Having everything online forced us to put a deadline on things as far as creating content that we could put onto the website,” he explained. “So it kind of spurred productivity as far as getting new items across the finish line for projects.”

Hindsight being 20/20, Hobson said that CVF Racing will likely make broader use of promotional videos than URL links to product images and data in future events.

“I think [a video] was more engaging,” he said. “We saw people who spent more time on a video than on an individual link.”

Nevertheless, Hobson believes that his team’s active canvassing of potential leads increased the company’s success 10 to 20 fold. In the end, CVF Racing’s experience at SEMA360 served as an example in agility, weighing the pluses and minuses of every show environment and adjusting tactics on the fly as necessary.