You could say that John Johnson’s service to SEMA and the automotive specialty-equipment industry has been “by the numbers.” Hailing from The Spartan Group (TSG) and the industry’s financial side, he has been a significant force in shaping SEMA’s strategy and fiscal discipline. In fact, Johnson led a transformation in the association’s financial reporting to its Board of Directors, helping SEMA staff improve visibility across business units and programs.

The time he has invested in SEMA has been considerable, and his impact even more so. In addition to his participation on many committees and task forces, he has chaired the audit committee and played a key role in helping SEMA to evaluate acquisition targets. For those and many other contributions, the association named Johnson its 2017 Person of the Year at the recent SEMA Show Awards Banquet in Las Vegas. Johnson was both caught off guard and humbled when his name was announced at the gathering.

“There are so many more qualified and deserving people,” he thought as he took the stage. “I was truly surprised and not prepared—and perhaps speechless for one of the few times. There were so many people I wanted to thank, such as Russell Stephens, Nate Shelton, Chris Kersting, Doug Evans and Jeff Thompson, among others, that I totally forgot when I got to the podium.”

Ranking among SEMA’s most prestigious honors, the Person of the Year Award recognizes outstanding contributions to the automotive specialty-equipment industry over the course of the year. Honorees must be employed by a SEMA-member company and exhibit a high degree of integrity, leadership and service.

“SEMA is pleased to honor John Johnson as our 2017 Person of the Year,” said SEMA President and CEO Chris Kersting. “During his time on the association’s Board of Directors, he brought an extraordinary spirit of volunteerism to the task of keeping our trade association on sure financial footing and poised for growth with our industry. He also contributed unique insights and direction to numerous Board initiatives. The industry as a whole has benefited greatly from his service.”

Johnson brought an extensive financial background to the aftermarket industry. He is a co-founder of TSG, a premier investment bank, and has more than 30 years of investment banking experience. Prior to TSG, he was a managing director and co-founder of the West Coast Corporate Finance Group of Banc of America Securities in Los Angeles. He joined Banc of America Securities and its various predecessors, including Banc of America Robertson Stephens and NationsBanc Montgomery Securities, in 1984, and he specialized in technology-sector company coverage between 1984 and 1989. He joined the Asset Based Financing Group in 1989, focusing on leveraged buyouts and leveraged finance, and he ultimately became a group head. In 1994, he joined the Corporate Finance team in San Francisco and led the industrial technology and business services sector practices.

More recently, Johnson co-founded a public rental services company, General Finance Corp. (GFN), in 2005 and served as chief operating officer. Under his direction, GFN completed and integrated 14 acquisitions totaling nearly $400 million. In addition to his many financial-sector accomplishments, he holds a B.A. from the University of California, Davis, and is active in the Boy Scouts as a scout leader and a board member.

Johnson is living proof that businesspersons of every stripe can share their passion for the industry in countless ways.

“Besides growing up within a family of ‘wrenchers’ and having a personal automotive passion, the aftermarket’s vibe and the over-the-top enthusiast lifestyle are magnets for me and our firm,” he said. “Our mantra is that you gotta love what you do, and in this case, we also get paid to do what we love. I feel like I need to give back to the industry that has bestowed so many opportunities and blessings on me and our firm.”

Of all his work with SEMA, Johnson views his service to the Board of Directors as his proudest accomplishment. Throughout his tenure, he strove to bring business acumen to the Board’s strategic positions while never forgetting that SEMA is a member-driven B2B entity composed of many constituents.

“The goal is to make SEMA better than we found it—for and from each of us—so that future generations can enjoy the strength and passion of this industry as an outlet that the iconic founding members created,” he said. “While I have been involved in a dozen or more trade associations through the years for my banking practice, I have never seen such depth in the ranks of the staff as with SEMA. The entire staff, and the senior team especially, is deep and passionate and has a proper understanding of why the organization exists, and [its members] magnify the success of the industry.

“As an industry professional, there is no better way to enrich your understanding and appreciation for the industry than to participate in the SEMA committees and councils. Without seeking the goal of enhancing your business, you’ll nevertheless realize it as the byproduct of your efforts.” 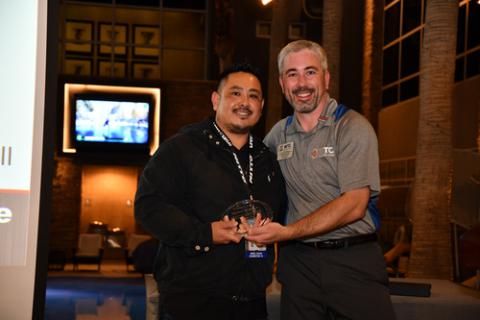