What SEMA Members Need to Know

If you have ever wondered what the difference is between a trademark and a trade secret, you are not alone. Most of the terms used to describe different types of intellectual property (IP) are commonly thrown around interchangeably. However, to protect the IP rights of your company, it is important to take a moment to review the basics of trademark, patent, copyright and trade secret law we have compiled below.

This overview is not intended as a legal “how to” manual but rather as an informational guide to help you plan today to protect and get the most out of your company’s IP. SEMA recommends securing the assistance of a qualified attorney to plan and protect your company’s IP rights.

A trademark identifies the source of a product or service. Trademarks come in many forms, including words, phrases and designs. Companies often seek trademark registrations to protect their names, logos and brand names. A company may also seek protection for its unique product packaging or design (called “trade dress”).

“First and continuous use” in commerce is the basis for establishing exclusive trademark rights in the United States. “Use” is accomplished by placing the mark on the product or packaging or by advertising and using it in connection with delivering a service. A trademark must have a level of distinctiveness, either immediately or developed over time, so that the public associates it with the source of a particular product or service. Trademarks can also be a means to establish legal rights prohibiting competitors from using confusingly similar unique features and identifiers.

Companies are not required to register their trademarks, but registration carries important benefits. A registration is evidence used to prove rights in court when there is a dispute.

A trademark may be registered and enforced at the state level, or it may be registered nationally with the U.S. Patent and Trademark Office (PTO). But remember, a registration with the PTO does not protect a trademark worldwide. For companies exporting products and services abroad, additional steps should be taken to obtain an international registration under the Madrid Protocol or registrations in individual foreign countries.

To put the public on notice of a trademark prior to federal registration, companies should place the ™ symbol next to the mark. Once the trademark is registered with the PTO, the ® symbol should be used to indicate a federally registered trademark.

A patent is an exclusive property right granted by the government to a person who invents a new, useful and non-obvious process, machine, device, design or composition of matter.

The holder of a U.S. patent may stop others from making, using, importing or selling the protected invention in the United States for a fixed period of time. Once issued, patents may be sold, assigned or otherwise transferred to people other than the inventor(s) of record.

There is no “worldwide” patent. Rights are enforceable only in countries in which a patent has been registered. A U.S. patent can prevent an infringing overseas product from being sold in the United States, but it generally will not prevent that product from being manufactured and sold in a foreign market.

The United States has adopted the “first-inventor-to-file” system, meaning inventors do not gain patents simply by inventing—an application must be filed with the PTO. Patent law exists to encourage inventors to publicly disclose their inventions in exchange for the exclusive right to profit from the invention. For this reason, many countries will not grant patent rights to an inventor once the invention has been publicly disclosed.

The U.S. gives inventors one year from public disclosure to file an application. U.S. law also provides for an informal and less-expensive first filing called a “provisional patent application.”

Provisional applications are not examined and are not enforceable. However, they allow the inventor to establish a filing date and stake a claim on the invention for up to one year while evaluating the marketplace and deciding whether it makes sense to pursue a utility patent.

Two types of patents are encountered in the automotive aftermarket: utility patents and design patents. Utility patents cover new and useful machines, devices, methods or improvements and generally expire 20 years after filing. Design patents protect the ornamental features or appearance of a product rather than the structure or function and generally expire 14 years after granting.

Patented products may be marked with the word “Patented” or the phrase “Reg. U.S. Pat. and TM Off.” and the patent number.

Marking enables a patentee to recover damages from the start of infringement instead of when a cease-and-desist letter is sent. If a patent application is being processed or a provisional application has been filed, the applicant may mark the product “patent pending” or “patent applied for,” although protection does not begin until a patent has been issued. False or improper use of these markings is prohibited and may subject the offender to a penalty.

A trade secret is also a form of intellectual property. Trade secrets are any information that derives economic value from not being generally known and that is subject to reasonable efforts to maintain its secrecy. Once disclosed, the protection no longer exists. Trade secrets are not registered. They can be protected through confidentiality agreements and procedures to make sure their secrecy is not compromised.

A copyright protects the original “expression” of an idea that is fixed or recorded, such as on paper or electronically. Copyright does not protect facts or ideas, only the expression of an idea. Copyright covers both published and unpublished works—the protection is automatic “when the pen is lifted from the paper.” The public can be put on notice by placing the © symbol next to the work, along with the owner’s name and the year it was first produced.

Ownership of a copyright is different from ownership of any material object in which the work is recorded, and transfer of the object does not automatically transfer the copyright. The author is the copyright owner and holds the property rights and is able to sell or license those rights to another. Works prepared by employees within the scope of their employment and commissioned works are generally considered “works for hire” and the employer or commissioner is considered the copyright owner. Employment agreements and “work for hire” contracts should specifically address copyright ownership rights, releases and royalties to avoid disputes. The length of copyright protection varies based on when the work was created. For works created after 1977, copyright protection lasts for the life of the author plus 70 years after the author’s death. For works for hire, copyright protection lasts 95 years after the first publication or 120 years from the date of creation, whichever comes first.

Registration of a copyright is voluntary but required to enforce rights against infringers and potentially collect damages. In the United States, copyrights are registered with the Library of Congress. The United States has copyright agreements with most countries throughout the world, allowing participating countries to honor the copyrights of each other’s citizens.

A counterfeit is a mark that is identical or substantially indistinguishable from a registered mark. There is no precise legal definition for a knockoff. Legitimate knockoffs have features of popular products but are distinguishable from the products they resemble. They are not fake merchandise (counterfeit product). Sometimes the knockoffs are so close to a registered trademark or design that a court may need to render a decision as to whether IP rights have been violated.

IP holders can utilize a variety of tools to help enforce their rights within the United States, ranging from issuing cease-and-desist letters to obtaining court rulings. It is also possible to stop imports of infringing products from entering the United States.

For trademarks and copyrights that have been registered with the PTO and Library of Congress, IP holders should record those registrations with the U.S. Customs and Border Protection (CBP), a branch of the Department of Homeland Security. CBP will then assist in seizing merchandise that is counterfeit or confusingly similar to a recorded trademark/copyright. It will notify the IP owner about the right to pursue enforcement actions. Customs also has the right to pursue such actions on its own.

Patents are not recorded with CBP, since import infringement issues are generally under the jurisdiction of the U.S. International Trade Commission (ITC). IP holders file infringement cases with the ITC, which will issue an exclusion order if there is a proven violation. Customs will then enforce the exclusion order.

SEMA has recently updated its comprehensive Intellectual Property Rights Policy, which is now enforceable at the SEMA Show and throughout the year. The full policy is available in the Exhibitor Services Manual section on www.SEMAShow.com. No exhibitor may sell, advertise or display counterfeit or illegal knockoff products. SEMA reserves the right to prohibit a company from attending or exhibiting at a SEMA-sponsored show if the company sells, advertises or displays counterfeit or illegal knockoff products or any product that SEMA deems to be deceptively or illegally marketed. Violation by an exhibitor could result in a written warning, removal of items, booth closure, loss of Show seniority, rejection of an application to attend or exhibit at a SEMA-sponsored Show, rejection or revocation of membership status and/or exclusion from future SEMA-sponsored shows. 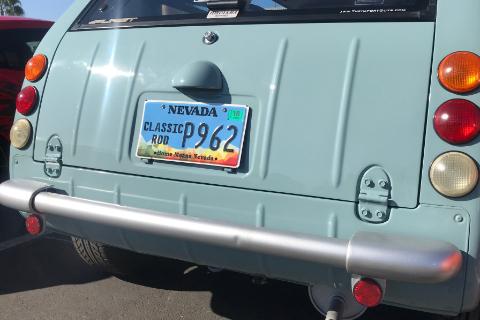