Thinking of trying to sell your product overseas but not sure where to start? Say you make a Jeep accessory that is a hot seller here in the United States and you want to know where else the Jeep is popular. SEMA can help. It has sales data for Jeep in more than two dozen countries. The same data is available for trucks and select car models.

It doesn’t stop there. SEMA can tell you what vehicles are on the road in the Arabian Peninsula countries, Russia, China, Brazil, Japan and selected Euro-pean countries.

To help you spot trends, all the information is available for 2005 through 2011. Mining the data can help you make more informed decisions about how to use your international marketing resources.

SEMA has sorted the data so that it is grouped to suit members’ needs and interests. The 22 country-specific reports have the top 25 cars, SUVs and pickups as well as musclecar sales in each country.

The Gulf Coast Cooperative countries—Bahrain, Kuwait, Oman, Qatar, the United Arab Emirates and Saudi Arabia—are all good markets for SEMA members. SEMA has detailed info for each one.

You will see that the Land Cruiser 100 is popular in every country, but its popularity varies widely. It was the best-selling model from 2005 through 2011 in Bahrain and Oman, but combined sales equaled only some 90,800. In Saudi Arabia, the largest market in the group, the Land Cruiser ranked 15th, but the sales volume was some 60,000.

In Saudi Arabia, the HiLux pickup, a popular model for customization, was the second-most popular vehicle in the Kingdom from 2005 through 2011, with 275,227 units sold.

For musclecars, you might consider Mexico. The best-selling musclecar there from 2005 to 2011 was the Mustang at 13,511 units.

SEMA knows that the Jeep brand is especially popular among its members. So it sliced and diced the data to produce a report on the global market for Jeeps. Among the top 40 Jeep markets globally, the United States is far and away the largest, with 419,349 units sold in 2011 and 2.7 million sold from 2005 through 2011. But Jeeps are also popular in China, the fourth-largest global market in 2011 with 17,881 units sold. Jeep is growing in popularity in China. And the same information is available for individual Jeep models, such as the Cherokee and Wrangler. Did you know that Germany was the ninth-largest global market for the Wrangler in 2011, ahead of Japan?

SEMA has data on the top 40 markets for 13 different truck models, including three Toyota models, two Ram models, two Mitsubishi models, the Chevy Silverado and, of course, the Ford F-Series.

Pickups are extremely popular in the Association of Southeast Asian Nations as well, though they tend to prefer smaller models. Pickups account for half the light-vehicle sales in Thailand. According to SEMA data, the top-selling truck in Thailand was the HiLux, with 958,528 units sold from 2005 through 2011.

For the big picture, SEMA also has the percentage and actual sales figures of cars vs. light trucks in countries for 2005 through 2011. Use that information to find markets where trucks are popular. For example, light trucks accounted for 85% of all sales in Indonesia in 2011. Total light-truck sales were 701,247 units. For make/model information by country and/or by make/model, visit www.SEMA.org/international.

In addition to the resources described above, SEMA organizes overseas trips for members to key emerging markets, including the Middle East and China. These trips provide members with access to difficult-to-obtain vehicles that are popular overseas but not sold in the United States. In addition, SEMA has imported a Toyota HiLux and the new global Ford Ranger under this program.

These programs are made possible through a partnership with the U.S. Department of Commerce. Registration for all of these programs and resources are available online or by contacting SEMA’s International and Government Relations Director Linda Spencer at lindas@sema.org. 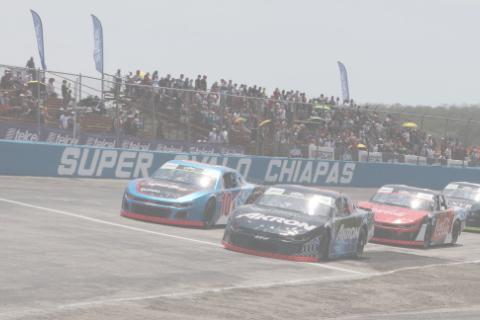