2013 State Legislatures: As state legislators and governors return to their respective capitols this year, many will find themselves among political allies as each state progressively inches farther from the center. In other words, the red states are getting redder and the blue progressively bluer. From Kansas to Texas and from Florida to Tennessee, Republican supermajorities have taken hold. As the deep South grows more conservative, the West Coast has filled its state houses with democratic leaders, with California’s legislature including twice as many democrats as republicans in both its House and Senate. Ultimately, the 2012 elections in the states reflect the divisive nature of politics in the country and the increasing gulf between the ideology of the right and the left. Each party may find that increases to its numbers benefit attempts to get measures through. While state budgets are seeing some relief from an uptick in revenue as the recession eases, the implementation of the new healthcare law will require new and complex systems to be put into place, such as state insurance exchanges and expanded Medicaid for citizens unable to afford private insurance. The unbalanced composition of these state’s representatives will be important to keep in mind when watching each state’s policies unfold over the coming months.

Illinois Scrappage: Legislation to create the Illinois Oil Independence Commission to develop a plan to reduce the state’s dependence on oil died when the legislature adjourned for 2012. The bill required that the commission make recommendations for short-term and mid-term policies needed to achieve the overall reductions in oil use. SEMA opposed a provision in the bill that would have established rebates or other consumer incentives for retiring older vehicles.

Massachusetts Greenhouse Gas: SEMA-opposed legislation to establish a progressive purchase surcharge for some new motor vehicles based on state calculations of carbon emissions died when the legislature adjourned. The Joint Committee on Environment, Natural Resources and Agriculture had approved the bill. Under the measure, depending on the vehicle purchased, this surcharge could have required owners to pay up to 10% of the price of the vehicle. Vehicles purchased by state residents outside the state would have been similarly taxed.

Michigan Ethanol: SEMA-supported legislation requiring retail dealers that offer gasoline for sale to label those pumps dispensing ethanol-blended gasoline with a notice that indicates the grade of gasoline and the percentage of ethanol contained died in the legislature without receiving committee consideration. Under current Michigan law, gasoline that contains 10% or less ethanol is not subject to the
labeling requirement.

Pennsylvania Emissions Exemption: Despite being approved by the Senate, a bill to extend the emissions inspection exemption to vehicles never before registered in the state or any other jurisdiction for 10 years from the date of original registration died when the legislature adjourned. Current law exempts only new vehicles that have fewer than 5,000 miles on their odometers for one year after their first registration. The bill, supported by SEMA, acknowledged the relatively minimal environmental impact of the new vehicles targeted for this exemption.

Virginia License Plates: SEMA is supporting legislation prefiled in the Virginia state legislature for 2013 that would reduce the number of license plates furnished by the Department of Motor Vehicles (DMV) to registered motor vehicles. Under the bill, favored by state hobbyists, the DMV would issue only one license plate and require the single plate to be attached to the rear of the vehicle.

Protection for Johnson Valley OHV Area: As a result of the efforts of SEMA, the Off-Road Business Association and a coalition of other land-use groups, continued off-highway vehicle (OHV) access to Johnson Valley, California, has been guaranteed for now by the U.S. Congress. Congress included a provision in the 2013 Defense Authorization Act that requires the U.S. Marines to study alternative ways to share the area with the OHV community without taking ownership of the land. The Johnson Valley off-road area draws at least 200,000 visitors annually and may generate as much as $191 million annually into the economy. Johnson Valley is home to “King of the Hammers” and many other OHV events. The land has been controlled for years by the U.S. Bureau of Land Management, which provides special-use permits for various motorized recreation activities. The Marine Corps wants to expand its base at Twentynine Palms, California, to include nearly 147,000 acres of adjacent land within Johnson Valley in order to conduct large-scale training exercises for one or two months per year. The land-use coalition is urging the Marines to simply obtain BLM special-use permits. Any transfer of land rights is subject to Congressional approval.


E15 Ethanol: SEMA continues to oppose the sale of gasoline with 15% ethanol content (E15). Many older cars were not constructed with materials to counteract ethanol’s harmful effects. E15 can also burn hotter than E10 gasoline and cause damage to certain high-performance specialty parts. The American Automobile Association (AAA) is now opposing the sale of E15 as well. A recent survey found that 95% of AAA members were unaware of E15 or that the fuel could damage their vehicles and void their warranties. With only 5% of vehicles currently approved by automakers to use the fuel, AAA has called for a suspension of E15 sales until motorists are better protected. The U.S. Environmental Protection Agency (EPA) has approved the sale of E15 for use in ’01 and newer vehicles while making it illegal to fuel older cars, motorcycles and other motorized equipment. However, the EPA is requiring only a gas pump warning label instructing unsuspecting consumers that it is “illegal” to fill those machines with E15. SEMA has joined with a number of other trade associations in seeking to repeal the E15 rule.


PM Standards: The EPA lowered by 20% the National Ambient Air Quality Standards for fine particle pollution (PM2.5) from 15 micrograms to 12 micrograms per cubic meter averaged over a year. The EPA did not change the standard for coarse particle pollution (PM10), which remains at 150 micrograms averaged over a 24-hour period. The small soot particles come from a variety of man-made and natural sources, including diesel tailpipe emissions, smokestacks and fires. The agency’s new PM2.5 standard is approximately 1/30 the width of a human hair. The EPA is concerned that the particles can cause aggravated asthma and other respiratory and heart ailments once in the bloodstream or lungs. The agency estimates that 66 of the nation’s 3,033 counties will be found in violation of the new standard when the EPA updates its nonattainment designations around 2015. States would then have five years to meet the revised standard. The EPA contends that many counties will not need to take any additional actions to comply with the rule as long as other air pollution rules the EPA is pursuing are implemented as scheduled. These actions include diesel emission limits for off-road vehicles and installation of new pollution-abatement equipment at oil refineries, power plants and some large-scale manufacturing facilities.


Black Boxes: The National Highway Traffic Safety Administration (NHTSA) is proposing to mandate installation of event data recorders (black boxes) on all new light-duty automobiles as of September 2014. Black boxes are already voluntarily installed in over 95% of model-year ’13 light-duty vehicles. They are subject to the NHTSA’s “Part 563” regulation, which specifies uniform methods for collecting, storing and retrieving onboard motor-vehicle crash data. The collected data includes crash speed, brake, accelerator pedal, safety belt and airbag deployment information. The proposed rule does not directly address consumer privacy concerns, since these issues are generally subject to state and federal law outside of the NHTSA’s jurisdiction. Within the limits of its own authority, the NHTSA would seek access to information only with the owner’s permission. With respect to vehicle modifications made after first retail sale, it would be illegal to market or install a product that would knowingly take the black boxes out of compliance (e.g. altering the collected measurements).

The SEMA Action Network (SAN) has welcomed the Racers Against Street Racing (RASR) brand to its network. RASR is devoted to promoting safe and legal alternatives to illegal street racing. The goal of RASR is to provide resources to allow racing enthusiasts to participate in automotive-related events throughout the United States in a safe and controlled environment. 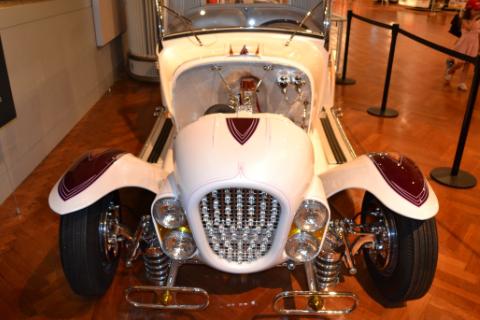