The Specialty-Equipment Market in China

Thirteen SEMA-member companies recently traveled to Beijing, China, for a firsthand look at the developing Chinese market for specialty products—or, as referred to in Chinese, Gaizhuang.

In its infancy, the Chinese market for performance and accessory products is not so unlike the U.S. market of 40 or 50 years ago. On one hand, it is brimming with opportunity as millions of consumers develop a growing taste (and the necessary disposable income) for vehicle personalization. But a closer look at the market reveals a sector riddled with sporadic government crackdowns on car modifications (in Shanghai in 2007 and most recently in Beijing); numerous performance products still technically illegal; far-flung population centers only partially served by the fragmented network of distributors; and the presence of frequent intellectual-property violations. It’s essential that companies take the necessary steps to minimize their potential IPR vulnerability in China and worldwide. Yet, despite this, the delegation overwhelmingly concluded that the largest mistake SEMA members could make would be to underestimate the market and the potential it holds for many SEMA members.

“This market will explode over the next five years,” said SEMA Chairman Rick Rollins, who headed the delegation. “Cars are new to this population. However, the car enthusiasts are very familiar with what is available and what can be done to their vehicles, and they are going to do it.”

The China International Auto Parts Expo (CIAPE), a Beijing-based show sponsored by the Chinese Ministry of Commerce and now in its third year of operation, served as the backdrop for the visit. Networking events, briefings by U.S. and Chinese government officials, tours of retail performance and accessory outlets and distributors and a visit with media rounded out the trip. 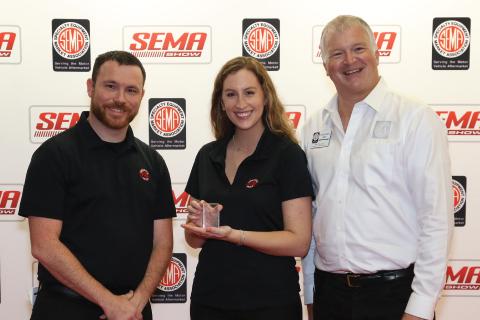