Quick on the Draw

Business web users looking to speed up their web-browsing experience—and perhaps do it a bit more securely—may want to check out the latest offering of Google’s free Chrome browser. Now in its third iteration (the beta 3.0 version hit the web this past August), Google Chrome garnered kudos early on as a faster alternative to some of its more bloated competitors, and it’s clear with this latest release that the company is looking to keep that reputation intact. The Chrome browser is also turning heads because it offers a first glimpse at a much more comprehensive project under development at Google: a new operating system known as Chrome OS that is being designed to compete directly with Microsoft Windows.

“I would have to say that it is probably the fastest browser I have used,” said Ben Becker, president of Becker Solutions, an IT consulting firm. “As with everything Google does, there isn’t a lot of fluff. Simplicity is king when it comes to their solutions.”

Considered more secure than bigger competitors, such as Internet Explorer, Firefox or Safari, Chrome is expected to enjoy that distinction for some time simply because it has such a relatively small market share at this point—only 2.8% as of August, according to Net Applications.

“Most hackers write for the masses,” Becker said. “They don’t spend time wreaking havoc on tools that do not have large market share. So right now, Google Chrome is a very secure browser.”

Plus, Chrome 3.0 has added a new feature considered extremely important to heavy users of the web: the ability to store all bookmarks in a central location on the web. Essentially, the feature enables users to instantly access all of their web bookmarks, no matter what device they’re using and no matter where they’re logging on to the web, whether it be from the office, a home PC or on a netbook on the way to the gym.

For people who like to change the colors and shapes of their software interfaces, Google has also included a theme gallery with the 3.0 version, which offers a few dozen variations on the standard-issue look of Chrome. And the browser interfaces seamlessly with a number of other software applications also offered by Google on the web for free, including Gmail, Google Talk, Google Calendar, Google Docs and Google Sites—known collectively as Google Apps.

Many users also greatly appreciate Chrome’s extremely proactive advanced-warning system, which quickly ferrets out malicious websites sporting spyware, malware or other destructive code. Chrome’s screen flashes bright red during such incidents and leaves no doubt that the user should hightail it out of there. And, as with all of the other major browsers, Google has restated its commitment to ensure that Chrome operates under W3C standards as well as the forthcoming HTML5 standard, which will make it easier for websites to appear the same in all browsers.

Despite all the praise, however, there is a continuing criticism of Google Chrome for its lack of customization features. Competing browsers, such as Firefox, offer many more plug-ins, which enable users to thoroughly tweak and personalize their web-browsing experience. Indeed, many Firefox users could not conceive of using a stripped-down browser like Chrome.

“The biggest limitation at this point is the lack of customization with the browser,” Becker said. “With the other, more-prominent browsers, there are add-ins and plug-ins that extend functionality. Being a relatively new and not widely adopted browser, this is one of the things currently lacking.”

Even so, the trade-off with installing such plug-ins is that the browser often runs a bit slower. Ultimately, each user will need to make a personal choice between the two. Users with older or less powerful technology, for example, may decide that fewer frills but significantly more speed is a fair trade-off.

“If you have a netbook, an aging laptop or a PC, this is the browser for you,” Becker said. “The speed and efficiency—particularly on older hardware—is unmatched.”

“This may be beneficial for a user who is heavily multitasking with browser-based applications and webpages loaded up all at once,” he said. “If there is a lot going on, it may run a bit quicker with Chrome.”

Bottom line: The speed of Google Chrome and the addition of some important new features may be enough to tempt you away from your current browser. But even if you decide to stick with another browser, getting some experience with the look and feel of the Chrome browser will at least give you an indication of what Google’s more far-reaching project—the Chrome operating system—will be like. Although details on Chrome OS are sketchy, there are a few tasty morsels. Most encouraging is that the new operating system will be open-source software, meaning that its code will not be owned and dominated by one company as in the case of Microsoft Windows. Instead, independent developers will be able to make ongoing enhancements to the operating system in a community drive toward an ever-more-improved, globally shared OS.

Plus, Google said that it is taking great pains to design Chrome OS the same way it created its browser namesake: lean, mean and, decidedly, anti-bloat. Such a design will ensure that Chrome OS runs as quickly as possible on a wide array of devices, according to the company.

“We’re designing the OS to be fast and lightweight, to start up and get you onto the web in a few seconds,” said Sundar Pichai, Google’s vice president of product management. “The user interface is minimal to stay out of your way. And most of the user experience takes place on the web. As we did for the Google Chrome browser, we are going back to the basics and completely redesigning the underlying security architecture of the OS so that users don’t have to deal with viruses, malware and security updates.
It should just work.”

While details about Chrome OS are few, there is palpable excitement among digerati types over the prospect of a formidable challenger to the Microsoft Windows empire. For decades, casual and serious computer users alike have yearned for such a champion, which would seriously take on what is essentially a Microsoft global monopoly and, quite frankly, ensure that both companies would continually best one another in a never-ending quest to create the ultimate operating system. For decades, no company has possessed the modicum of muscle needed to make even a yawn of a challenge at Microsoft. 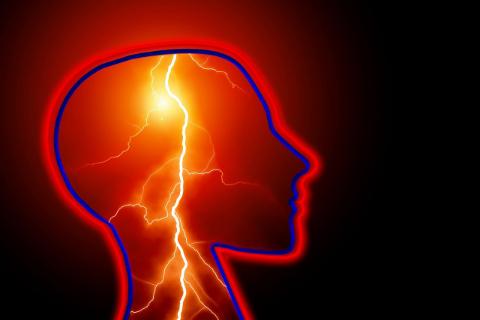