2022 SEMA Battle of the Builders Special to Air This Weekend

The four class winners of this year’s SEMA Battle of the Builders competition will be highlighted along with other featured builders in a new TV special, “SEMA: Battle of the Builders, Presented by Mothers High Performance Car Care” scheduled to debut on A+E Networks’ FYI and History’s Drive block Saturday, January 28, at 9:00 a.m. (EST). Check your local station listings for additional broadcast details. 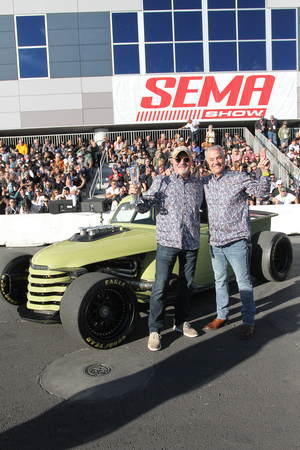 The Ringbrothers celebrated their win at 2022 Battle of the Builders Presented by Mothers Polishes.

For 2022, the Battle of the Builders competition was fine-tuned to reflect changes in the customization space and to encourage greater diversity in the field of entrants. The Hot Rod category was modified to include street trucks for the first time, and the Truck/Off-Road category was altered to Four-Wheel Drive/Off-Road. The Sport-Compact category was expanded to include Import Performance, Luxury and Exotic vehicles, and the age limit for the The Young Guns competition was bumped up from 27 to 29 years old.

A panel of industry experts assessed all the entrants and narrowed down the field of more than 200 entries to a Top 40 (10 in each category) before selecting the top 12 builds overall.

The top 12 finalists are listed below. 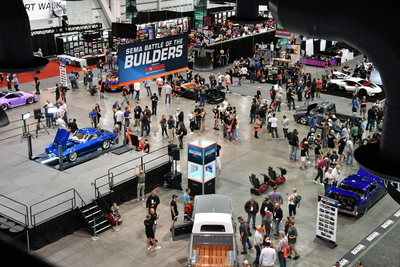 BOTB finalists’ vehicles were on display throughout SEMA Show week inside North Hall at the Las Vegas Convention Center. 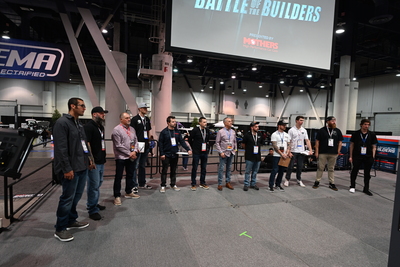 The Top 12 finalists for the 2022 Battle of the Builders prepared to make their presentations on the competition’s concluding day. The competition will be aired on A+E Network’s FYI and History Channel’s Drive block in January 2023.

The 12 finalists themselves then took over judging duties for the competition and named Ringbrothers the overall winner. Besides the Ringbrothers, whose vehicles were both class winners, other notables include TJ Russell, who captured the Sport Compact class with his ’91 Porsche 911 Baja, and 21-year-old Josh Michels, who took the Young Guns category with his ’66 Chevy Corvette.

We’ll have full-length features on each of the Top 12 BOTB finalists in the March issue of SEMA News.

For more information about the 2022 competition or the SEMA Young Guns program, visit www.semashow.com/botb, www.semayoungguns.com or SEMA’s YouTube channel.