SEMA submitted comments to the U.S. Bureau of Land Management (BLM) on its draft update to the travel-management plan for the Labyrinth Rims/Gemini Bridges Special Recreation Management Area near Moab, Utah. SEMA and the off-road community support Alternative A, which is the status quo. SEMA and other off-road groups oppose the other three alternatives (B, C, D) since they would close up to 40% of current off-road trails. 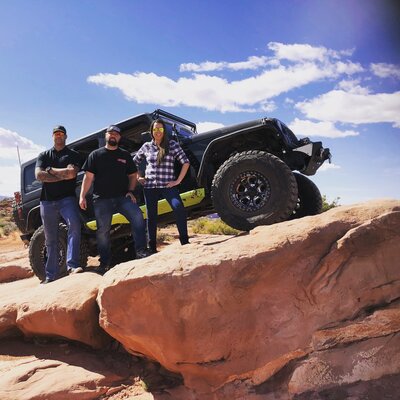 The SEMA Truck & Off-Road Alliance (TORA) hosted a trail run and off-roading event for SEMA members earlier this year in Moab. SEMA and the off-road community oppose the BLM’s Alternatives B, C and D, which would close up to 40% of the existing trails near Moab.

The travel management area covers more than 300,000 acres of BLM managed land in portions of Grand County, Utah, and includes highly valued OHV trails that draw outdoor enthusiasts from around the world. SEMA criticized the BLM’s plan for failing to consider opening more OHV routes since motorized recreation in the area has almost doubled since the last travel-management plan was adopted in 2008. SEMA underscored the value of motorized recreation both in terms of its economic impact to the region and importance in providing OHV access to individuals and families. SEMA also noted that camping is a critical component of the area’s recreational experience, and camping issues were not adequately addressed in the BLM’s plans.

Reminder: Requirements for Foreign Manufacturers and Importers With NHTSA