On Tuesday, July 19, “The King” Richard Petty joined SEMA CEO Mike Spagnola in the nation’s capital to advocate for Congress to pass the Recognizing the Protection of Motorsports Act (RPM Act). The bipartisan bill (H.R. 3281/S. 2736) protects Americans’ right to convert street vehicles into dedicated racecars and the motorsports-parts industry’s ability to sell products that enable racers to compete.

Like most NASCAR drivers, Petty competed in racecars that started out as street-legal vehicles. The U.S. Environmental Protection Agency (EPA) maintains the position that such modified race vehicles are not legal under the Clean Air Act, threatening many classes of racing along with an industry that employs tens of thousands of Americans and contributes more than $2 billion to the U.S. economy each year. 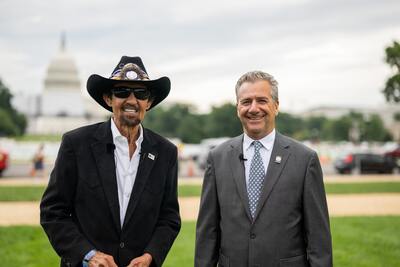 Petty and Spagnola sat down with key members of the U.S. Senate and House of Representatives to advocate for the interests of racers, enthusiasts, builders, tracks, sanctioning organizations and businesses, while also looking to gain stronger congressional support to protect one of America’s oldest pastimes and hobbies: motor-vehicle racing. In an effort to curtail the EPA’s overreaching and extreme enforcement of the Clean Air Act, Petty and Spagnola appeared in Washington, D.C., to push for passage of the RPM Act, which awaits committee action in the House of Representatives and Senate. 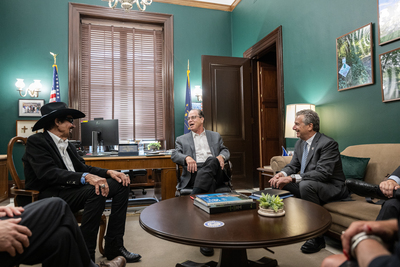 “The EPA is overstepping its jurisdiction and penalizing small motorsports parts businesses,” said Petty. “The RPM Act is essential to the racing industry and protecting the careers of young racers all over the country. During most of my racing career, my fellow NASCAR drivers and I competed in racecars that started out at as street-legal vehicles.” 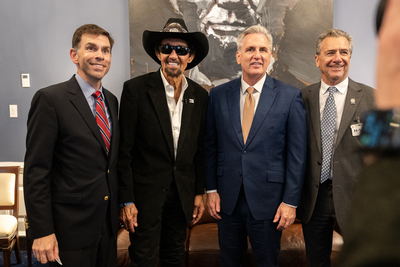 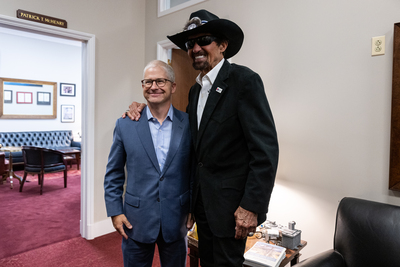 The RPM Act reverses the EPA's interpretation that the Clean Air Act does not allow a motor vehicle designed for street use—including a car, truck or motorcycle—to be converted into a dedicated racecar. This American tradition was unquestioned until 2015 when the EPA took the position that converted vehicles must remain emissions-compliant, even though they are no longer driven on public streets or highways.

“The RPM Act will save the livelihood of thousands of Americans, including many young racecar drivers,” said Spagnola. “SEMA is dedicated to ensuring our industry remains viable. Racers and the businesses that make motorsports possible deserve clarity in federal law that protects the ability to convert street vehicles into dedicated racecars and sell products for these track vehicles without fear of enforcement.” 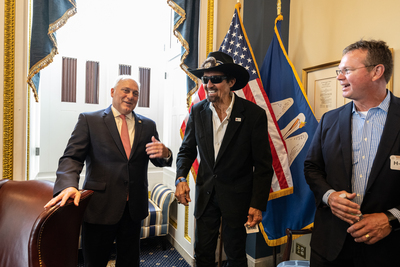 Both Petty and Spagnola were optimistic about their meetings with key RPM Act supporters in Congress. “Motorsports has many strong allies in Congress. It was valuable for Mike and me to sit down with these lawmakers to discuss how we can work together to pass the RPM Act this year,” shared Petty. 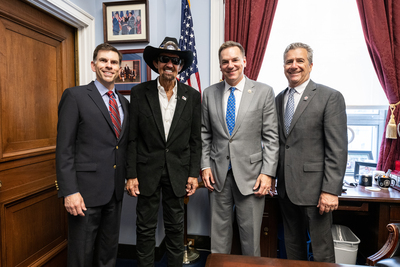