Optronics International introduced its new MCL16MRHAHB and MCL16MAHAHB LED Marker/Clearance/Scene Lights. The newest members of Optronics’ MCL16 series family of lights, the unique 1 and 1/4-inch, seven-diode, PC-rated lamps enable vehicles to meet clearance and all marker lighting regulations, but give users an extra lighting bonus. The new clear lens lamps are able to turn white when a truck or trailer is stationary, creating a bright halo of light around the vehicle perimeter.

Whether it’s a last mile delivery vehicle, a work truck, or a parked semi-trailer, when humans perform duties around them, they need adequate lighting. The new MCL16MRHAHB and MCL16MAHAHB LED Marker/Clearance/Scene Lights can create a safer and more productive environment for workers.

Both seven-diode MCL16MRHAHB and MCL16MAHAHB lights are hard wired and include separate grounding wires and both feature a pliable EPDM grommet. The lamps require only a single 1.4-inch diameter mounting hole. 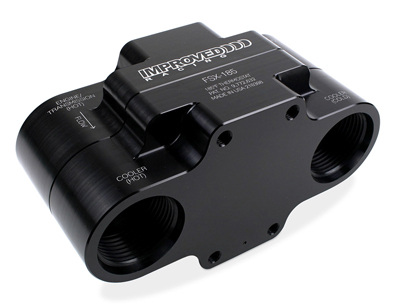 This thermostat is based on the design Improved Racing originally developed for an amphibious assault vehicle for the US military. Recommended for flow rates of up to 33 GPM with lubricants and up to 50 GPM with less viscous fluids. 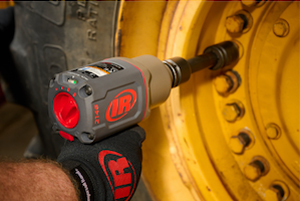 Ingersoll Rand introduced the Ingersoll Rand® 2146Q1MAX ¾" Impact Wrench, the first pneumatic impact wrench with an innovative air gauge that indicates whether it is operating at, below or above the tool's maximum rated air pressure of 90 psi.

The industrial grade 2146Q1MAX ¾" Impact Wrench is the most powerful ¾" impact wrench in its class. Also available with a 1" drive (2146Q2MAX), both tools deliver up to 2,000 foot-pounds of nut busting torque. With its quiet, six-vane, efficient motor, the tool removes stubborn bolts reliably.

The ergonomic design is also a hallmark of the Ingersoll Rand 2146Q1MAX, featuring improved handle-positioning, balance, triggers and buttons. The tool features a feather touch trigger and a forward reverse mechanism that technicians can operate with one hand.