SEMA has announced the Top 12 finalists in the eighth annual SEMA Battle of the Builders competition—the event that determines the builder the aftermarket community considers the best. These builders represent an elite group of individuals who have demonstrated extreme talent, creativity and craftsmanship in modifying cars, trucks and SUVs. 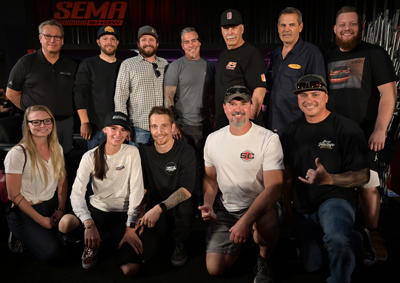 Industry experts narrowed the field to select the Top 12 finalists, who will now judge one another on Friday at the SEMA Show and vote to determine who will be named the Ultimate Builder of the 2021 SEMA Battle of the Builders competition.

SEMA Ignited is open to the public and allows enthusiasts a chance to see many of the industry’s latest in automotive accessories on several of the 2021 SEMA Show vehicles that were on display during the Show.