Racing Toward Electric: EVs in Racing and Performance

If you ask any driver his or her goal in a race, the answer is usually the same—finish first. Encompassing that feeling, the advent of the electric vehicle is now bringing opportunities that were seemingly decades away.

The most notable example may be Volkswagen’s domination of Pikes Peak International Hill Climb in 2018 with its prototype fully electric I.D. R vehicle. Posting a time of 07:57.148, it beat the previous record by over a minute and remains the only vehicle to break the eight-minute mark.

Although it may not have been the first attempt at racing with a fully electric vehicle (EV), it showed the potential of what a fully electric racecar could do if given the right amount of time and resources. That put manufacturers on notice, and it didn't take long for there to be movement from major players in the industry.

“From a Ford Motor Company perspective, electrification is huge to us,” Ford Performance Motorsport Supervisor Brian Novack said. “I think we are spending $11.5 billion over the next few years in improving our electric vehicle lineup.”

OEMs such as Ford have begun investing heavily in the electrification of their lineups. Ford Performance focused on…well, performance. It developed prototypes in the all-electric propulsion Mustang Cobra Jet 1400 and the Mustang Mach-E 1400.

The Cobra Jet 1400 put down an 8.27-second quarter-mile time, reaching a top speed of 168 mph in its first outing. Ford accomplished that feat with help from the aftermarket.

Cascadia Motion provided motor-inverter packages that run at 800 volts and up to 700 amps for a maximum output of 350kW per motor. With 1,500 peak horsepower came the opportunity for an advanced management system. AEM-EV assisted Ford Performance in developing an advanced data and control system specifically for the Cobra Jet 1400.

“That's part of what those demonstrators are,” Novack said. “It’s to show what Ford Motor Company is capable of. From a Ford Performance standpoint, it's about us learning as much as we can about a super-high-powered electric vehicle and what it takes to get that done.”

The Mach-E 1400 demonstrations showed the ability of an electric vehicle in comparison to that of a gas-powered vehicle. The seven motors in the Mach-E 1400, pushing out 1400 hp, kept up in almost every major racing category with some of Ford’s best vehicles. Again, the aftermarket played a role, with RTR Vehicles assisting with the aerodynamic development of the vehicle.

Electric vehicles are also starting to infiltrate the dragstrip. Huff and his team at Huff Motorsports designed the first all-electric dragster to break the 200-mph mark. The vehicle started life as a four-cylinder EcoBoost-powered dragster that quickly became a fully electric vehicle. The team at Huff Motorsports started with two electric motors and soon realized the difficulty of controlling them and collecting data.

“We were waiting for an industry leader to have a product that we could use to expand and make all the power we wanted,” Huff said.

At that point, the aftermarket came to help in the form of Cascadia Motion and AEM-EV. Cascadia Motion once again provided the motor inverter package for the dragster that now featured four motors. AEM-EV’s PDU-8 and VCU 300 allowed Huff and his team to accurately control the motors and accurately collect data.

“Their products allowed us to do something we couldn't do a year ago, which was accurately control four inverter controllers and subsequently four motors,” Huff said.

A few months ago, electric vehicles landed in the off-road community when Kyle Seggelin entered his 4-Runner that featured a Nissan Leaf powertrain in the King of the Hammers competition. That marked the first time an electric vehicle competed and finished a race at the event. The rig included parts built by Seggelin and his team.

“Hopefully, that will drive some of the OEMs to get involved with it as well, and we will see a handful of electric vehicles out there racing King of the Hammers,” said Loren Healy, a five-time Ultra4 Champion and two-time King of the Hammers winner. “I know it’s piqued our interest.”

The opportunities in developing parts for EVs are starting to arrive, with companies such as AEM-EV getting a head start. For now, the focus is on making the vehicle faster. Who knows what the future holds, but the aftermarket will be there to make it better.

At the 2021 SEMA Show, look for these exhibitors to unveil the hottest builds and latest new products in the EV space. And visit SEMA Electrified in the North Hall, Booth #12475. 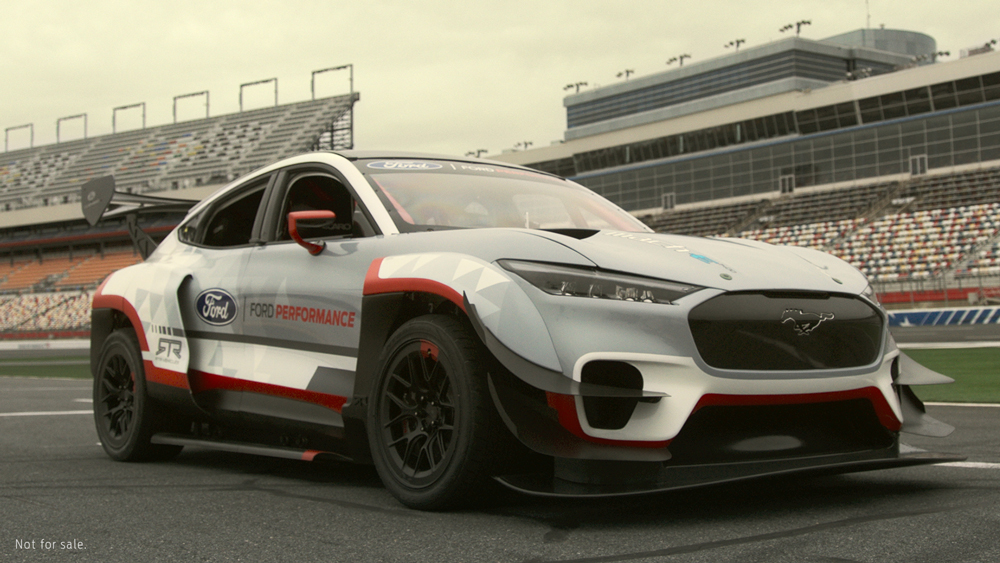 The Mustang Mach-E 1400 is the culmination of hard work put forth by AEM Electronics, Cascadia Motion, RTR Vehicles and Ford Performance. (Photo courtesy of Ford) 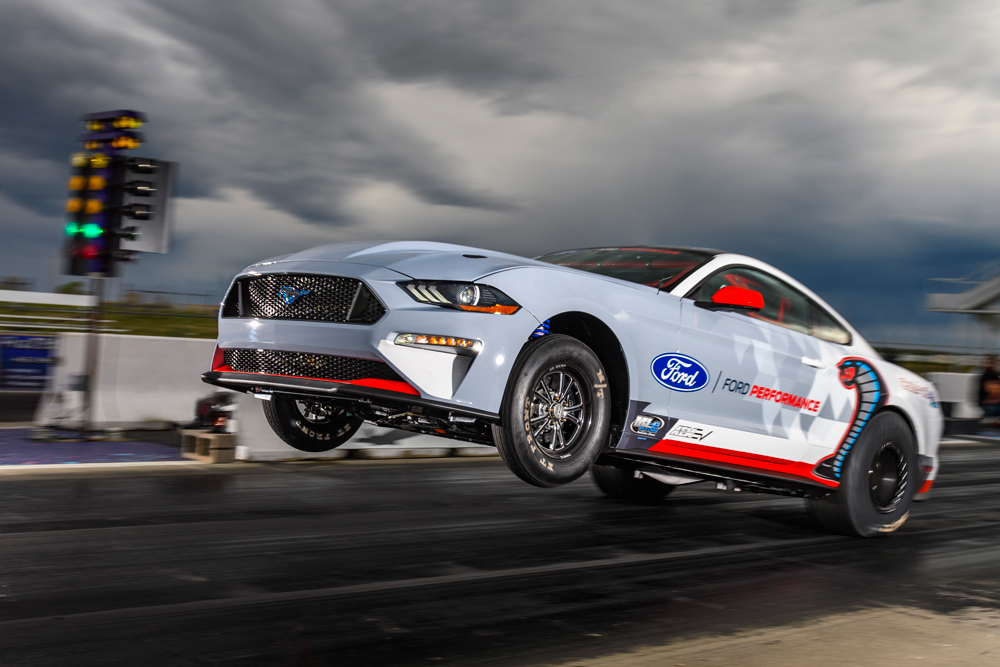 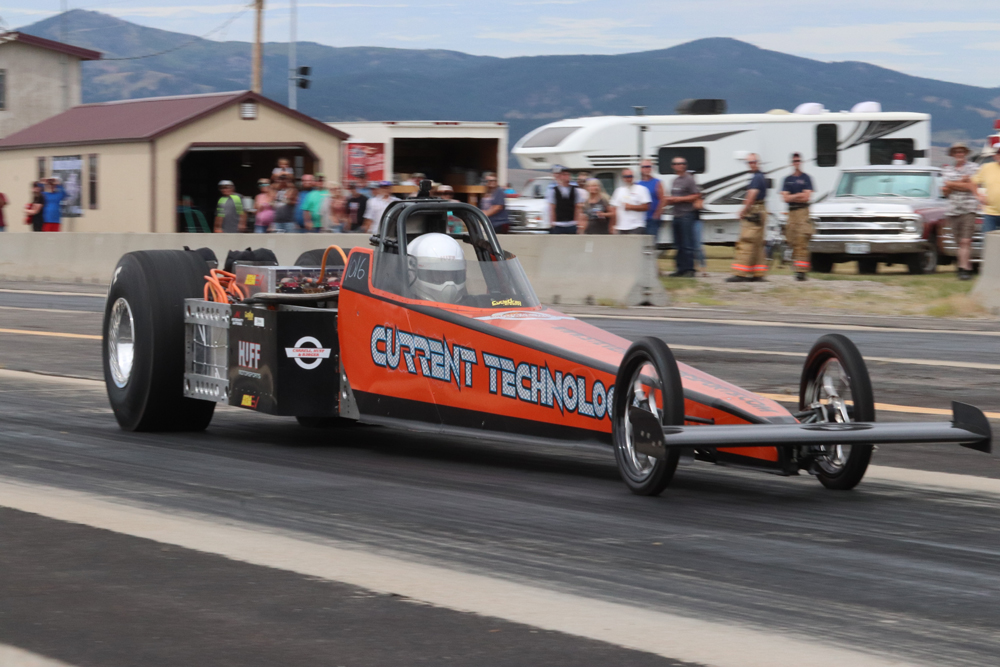 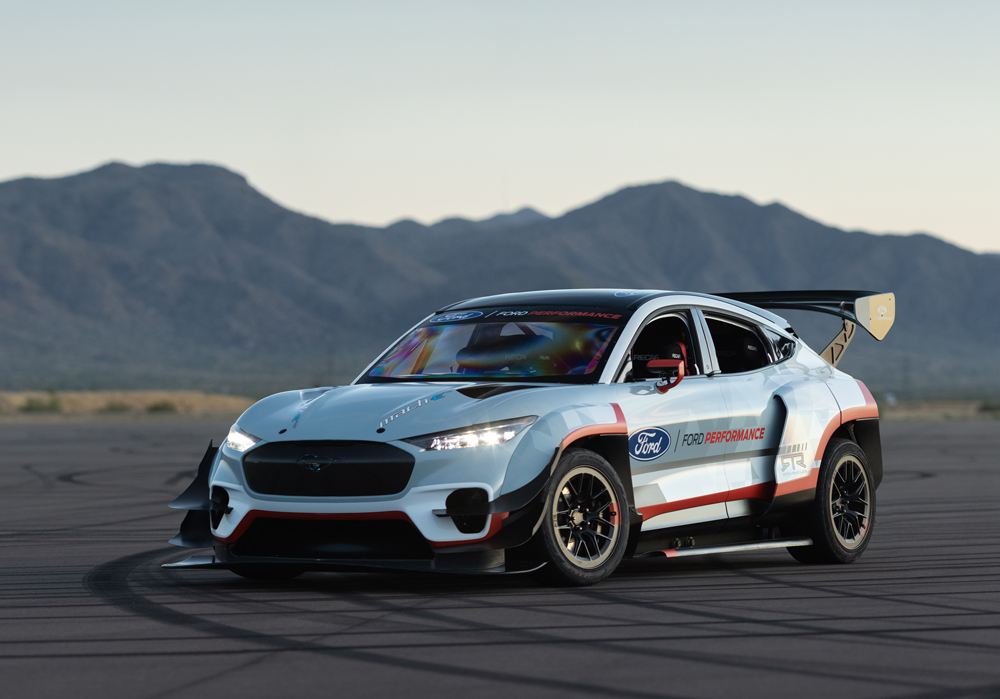 The Mach-E 1400 puts down a remarkable 1400 horsepower. (Photo courtesy of Ford) 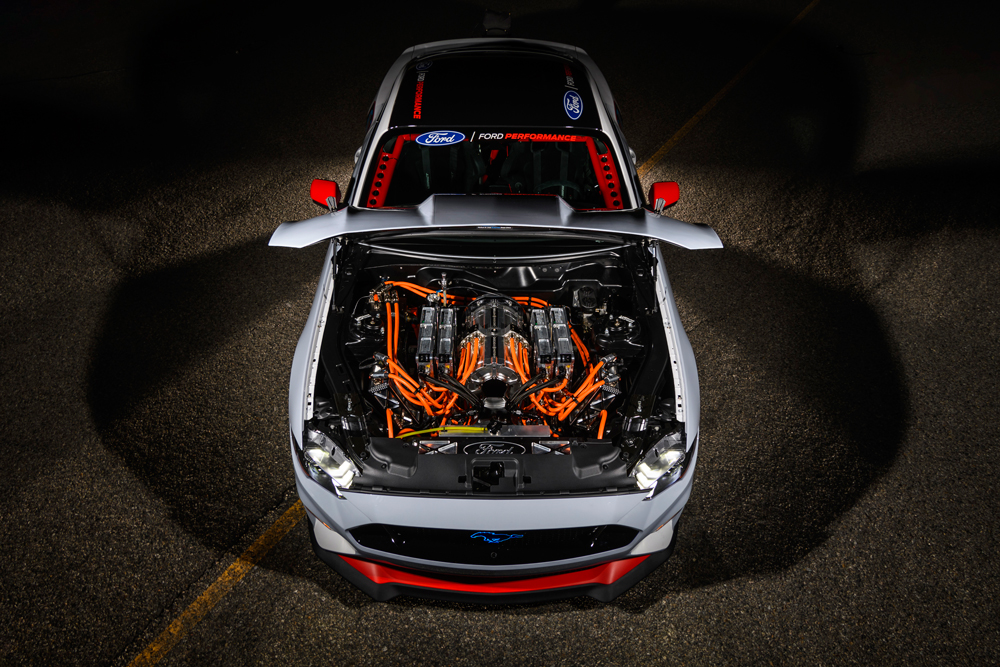 The all-electric powertrain of the Cobra Jet 1400 propelled it to an 8.27 quarter-mile time with a top speed of 168 mph. (Photo courtesy of Ford)