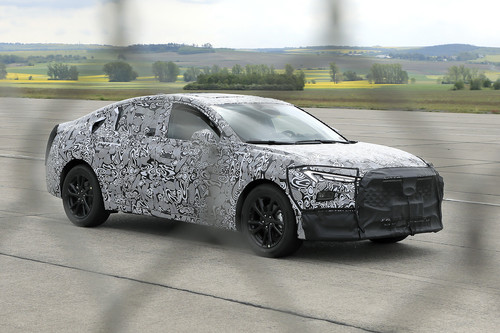 Our shooter in Germany has caught the very first shots of the successor to the current Ford Mondeo in Europe and Fusion in the United States. Despite Ford’s constant affirmation, the current midsize sedan will not get a replacement.

According to Ford PR Mike Levine, the new Evos crossover—which was long thought to be the “new Mondeo/Fusion”—is only intended for China. There would be no plans to offer the Evos in other markets. When the Fusion/Mondeo expire in spring 2022, Ford buyers would have to switch to the Escape or the Mustang Mach-E.

However, judging from the refined design of the Evos and the fact it got intensively tested in Europe and the United States, the media was long guessing the car could make it to North America and the Old Continent. Despite Levine’s rejection, our new spy shots of an additional sedan variant of the Evos will fire up discussions about a worthy successor to the current Fusion (in the United States) and Mondeo (in Europe).

While the whole car sits a lot lower, the front end of the prototype is identical to the Evos—but the rest of the car is completely different from the B-pillar to the rear. It’s got a sloping, Fusion-Mondeo-like roofline with a notchback and an overall more passenger car-like appearance. While the registration plate seems to be located in the same place as with the Evos, the third brake light of the “Fusion/Mondeo” peeps through the disguise of the hatch while it is mounted atop the rear window at the Evos.

It’s unclear when the car will come, or what its name(s) will be, but we are pretty convinced the current Fusion/Mondeo will in fact get a successor. 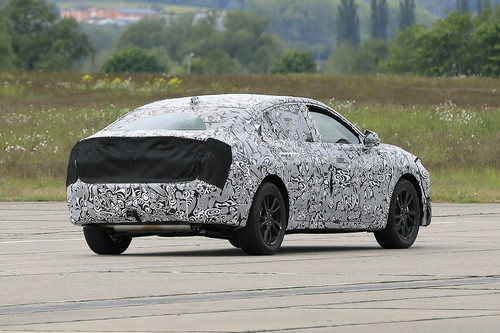