SEMA Hall of Fame: What You Might Not Know About the Prestigious Honor 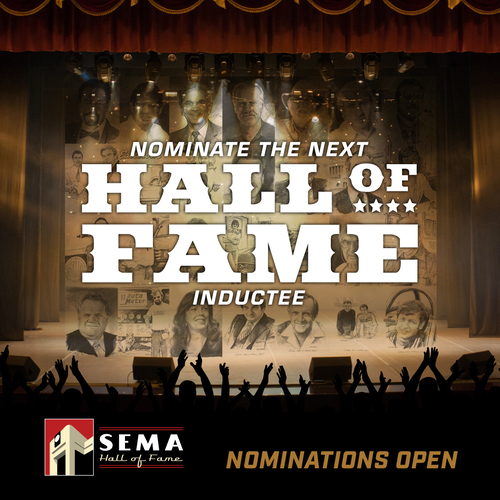 As the aftermarket industry began to grow, so did the need to recognize the pioneers who contributed to it and to the formation of the association.

Here’s more about the program that few people may know:

When Paul Schiefer returned from serving in the Navy during World War II, he resumed his hobby of working on cars and began experimenting on his flathead Ford V8-powered “T,” and eventually produced the first ribbed-type, lightweight, cast aluminum flywheel that would not wrap or distort under serve load.

As horsepower increased, so did the danger of flywheels exploding into dangerous shrapnel. Schiefer developed a process that provided the ultimate in coefficient of friction and wear of resistance and went on to develop the first bonded bronze clutch facing a new aluminum flywheel called the “Albro.”

During the ’60s, Schiefer guided his company to become the largest specialty drivetrain manufacturing company in the world.

In honor of being named the association’s first inductee in 1969, subsequent inductees received the Paul Schiefer “Old Timer’s Memorial Award.” In 1986, the award came to be known simply as the Hall of Fame. Though the name changed, the original intent did not. To this day, the award continues to honor and pay tribute to the leaders and legends that help make the automotive specialty equipment market a thriving $44.6 billion industry.

Nominations are being accepted until March 19.

To learn more about the SEMA Hall of Fame and for a list of inductees, visit www.semahof.com or contact Lindsay Bianco at lindsayb@sema.org or 909-978-6692.