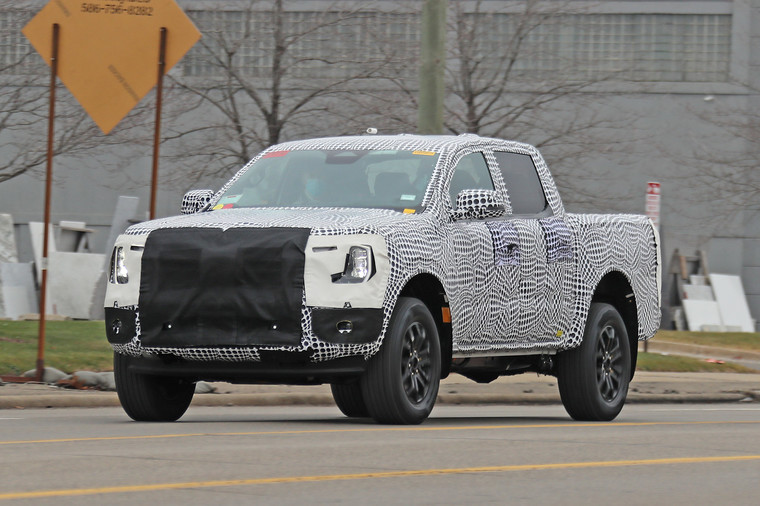 These are the very first shots of the all-new ’23 Ford Ranger as it underwent testing on public roads in Dearborn, Michigan.

Overall, the next-gen Ranger looks more substantial than the current model, with bolder proportions and stance. The front fascia seems to match up perfectly to the leaked image from roughly a year ago, with a set of intricate C-shaped headlamps flanking a two-bar grille.

The cab and bed appear to be carry-overs from the current model, which has been on sale in global markets since 2011. The prototype is riding on a set of black wheels, and a single-exit exhaust can be seen out back, though it seems that the rather unattractive pipe is a placeholder for more gainly equipment.

The ’23 Ranger is expected to launch near the end of the ’22 model year and will serve as the basis for an upcoming Volkswagen midsize pickup truck as a result of a collaboration agreement between Ford and VW announced in 2020. 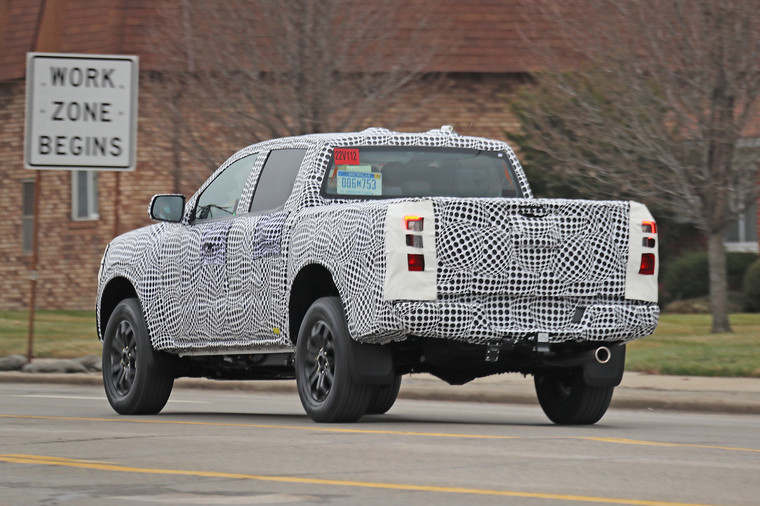