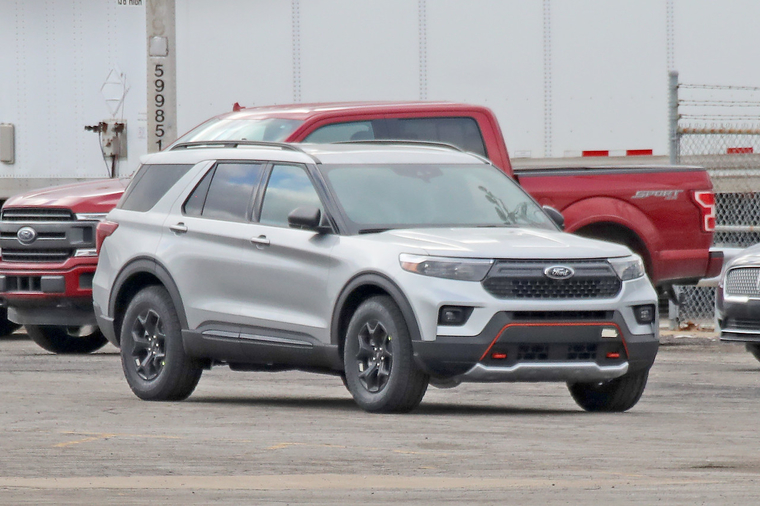 Here’s a first look at the upcoming off-road version of the Ford Explorer completely undisguised.

This model has a few unique elements when compared to the “regular” Explorer, including a new upper and lower grille treatment resulting in a unique front fascia with what looks to be a higher approach angle. A set of red tow hooks sits in the front. Out back is a set of tucked-under exhaust tips and what seems to be a new rear end treatment. The model is running on a set of black wheels wrapped in rugged Bridgestone Dueler tires.

All badges for the vehicle have tape over them, including on the C-pillar and cargo cover. A 4WD logo, however, is present and accounted for.

Though initially believed that the model in question would be called Explorer FX4, Ford Authority recently reported that Ford is planning to introduce a new Explorer model called Timberline. 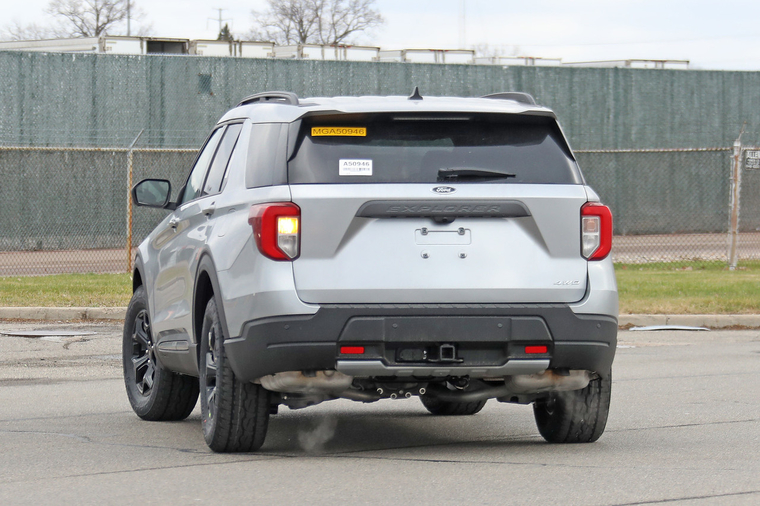 Register Now: Find Out How Your Parts Measure Up for the '23 GR Toyota Corolla