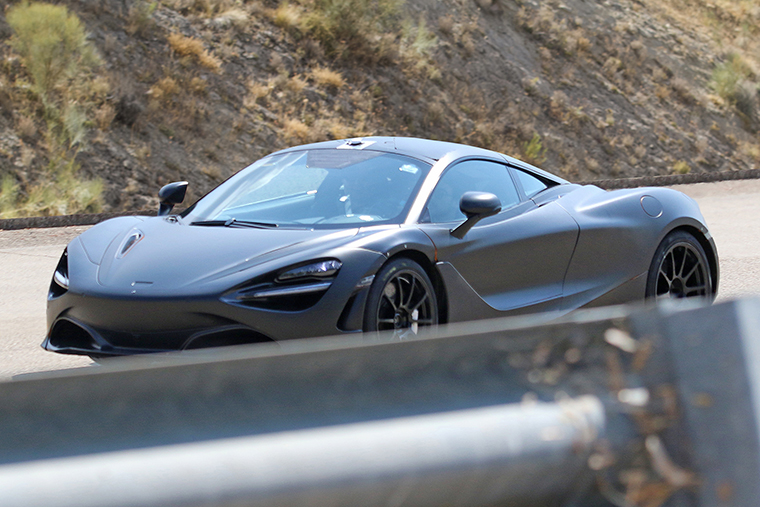 McLaren’s 650S replacement, known internally as P14, is set to make its debut next year, most likely at the Geneva Motor Show in March. It will be the first new model in a 15-car roll-out that was announced in Geneva this year, and is due to be completed by 2022. McLaren CEO Mike Flewitt confirmed in Geneva that the P14 will use a development of the firm’s existing twin-turbo V8. He also said the P14 will be based on a variation of the current MonoCell carbon-fiber tub, probably incorporating many of the changes made to improve accessibility in the Sports Series. However, the new model will also be different from the current 650S because it has been given aggressive performance targets intended to create clear space between it and the Sports Series cars, such as the 570S.

Clearly visible from the undisguised prototype snapped in Spain are radical active aerodynamics, which have been designed into the car from first principles. Ultra-powerful LED lights will enable the P14 to shift to this completely new front-end graphic, and the cabin has been completely rethought, with an intuitive control system. 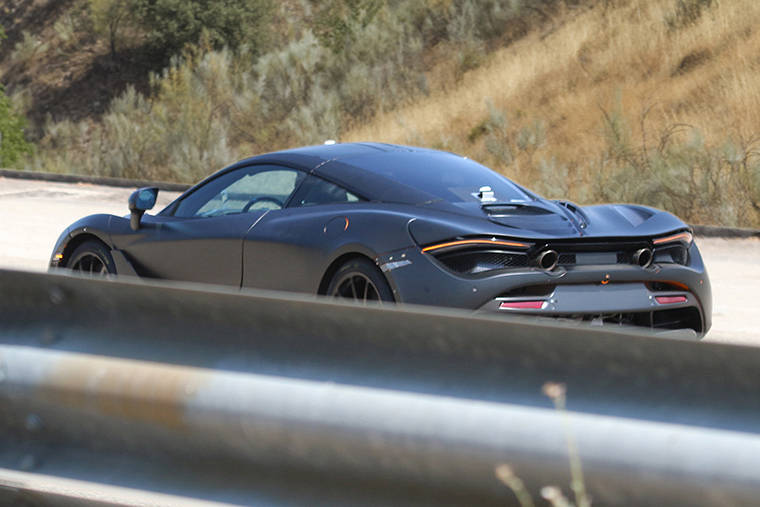