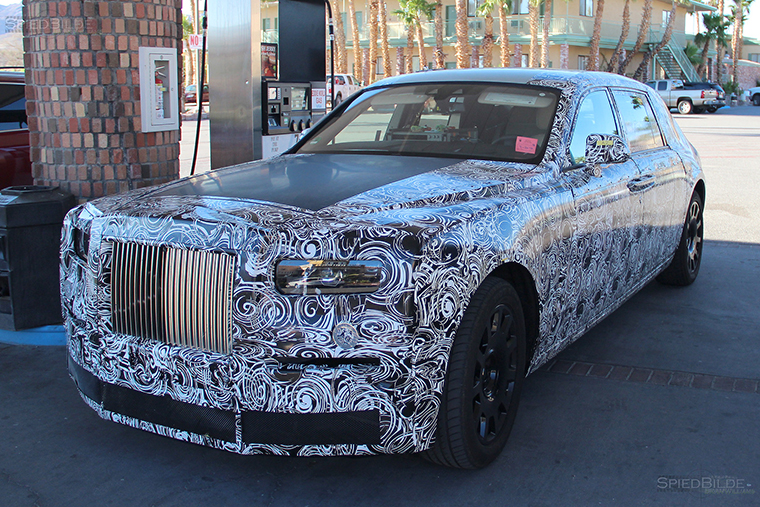 Spy shooters caught up to a Rolls-Royce flagship model while out for a test drive in the Mojave desert. Range-topping Rolls-Royces don’t come around very often, so the entire auto industry sits up and takes notice when a new model is about to be released.

The company’s next flagship—which might not receive the Phantom moniker—will be just as big as its predecessor but it will be a lot lighter because it will ride on a brand-new modular platform made largely out of aluminum. Designers will be able to further reduce weight by tapping into parent company BMW’s expertise in the field of carbon fiber.

Although the short- and long-wheelbase models will carry over, inside sources say that the coupe and convertible variants of the current Phantom will be axed without a replacement because they haven’t been strong sellers.

Visually, the sedan will continue to use rectangular headlights, but it will adopt a more squared-off front end with a taller grille, as well as shapelier C-pillars. In short, it will be more of an evolution than a revolution, and it will still be instantly recognizable as a member of the Rolls-Royce family.

Not particularly concerned with downsizing, Rolls-Royce will launch its flagship model with a V12 engine designed with input from BMW. Anything smaller than a 12-cylinder has been categorically ruled out by the company’s top brass, but the next Phantom might get a plug-in hybrid drivetrain a little later in its production run.

Rolls-Royce is expected to introduce the Phantom’s successor at a major auto show next year. Regardless of when it arrives, Rolls’ upcoming flagship will allegedly carry a base price of roughly $405,000. If that figure is accurate, the sedan will be as expensive as the model it’s being designed to replace. 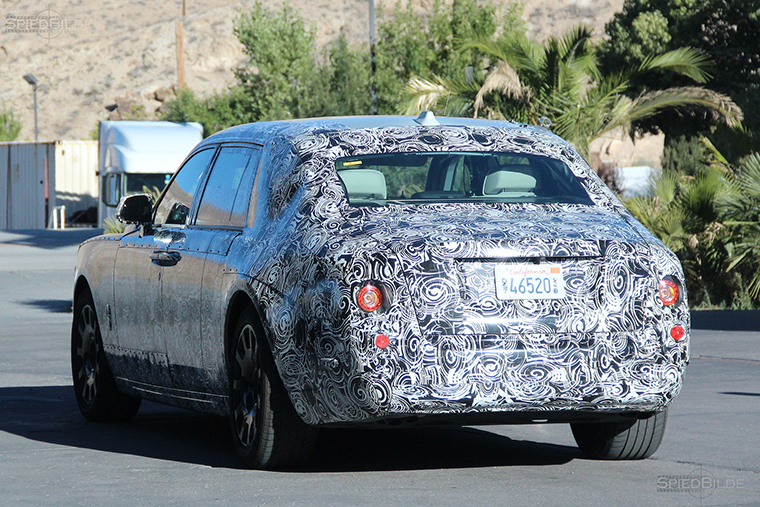