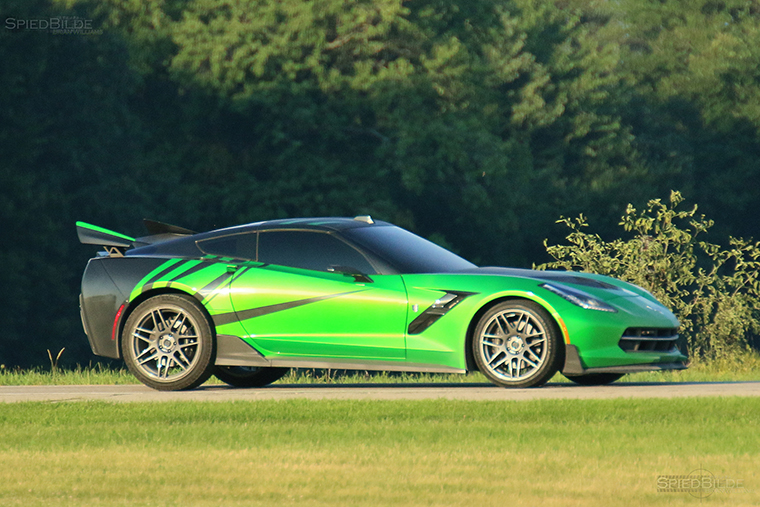 These are the latest shots of the cars being used in the upcoming Transformers film.

New to the Michael Bay franchise will be a Corvette Z06 called Lone Sniper, painted in green and black (above), and a Mercedes-AMG GTR called Drift (below) to accompany the Bumblebee Camaro that is already a staple of the films.

These cars join the already-spotted Barricade Mustang, and all but the Mercedes appear to be outlandishly customized for their respective roles. 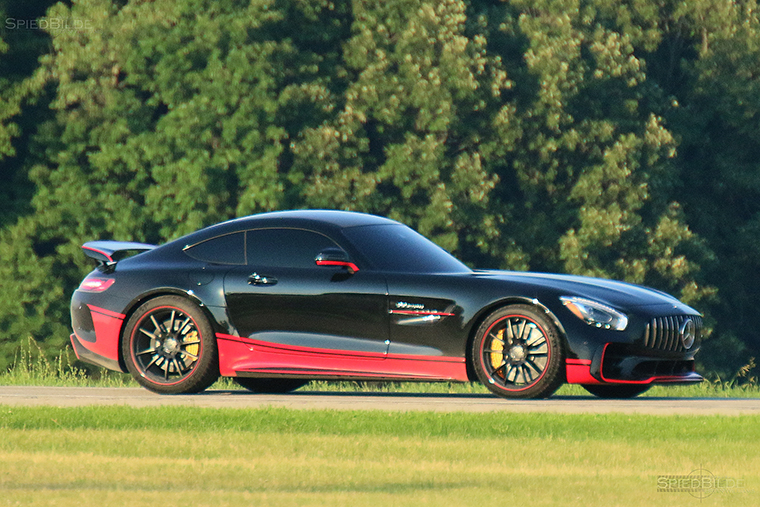