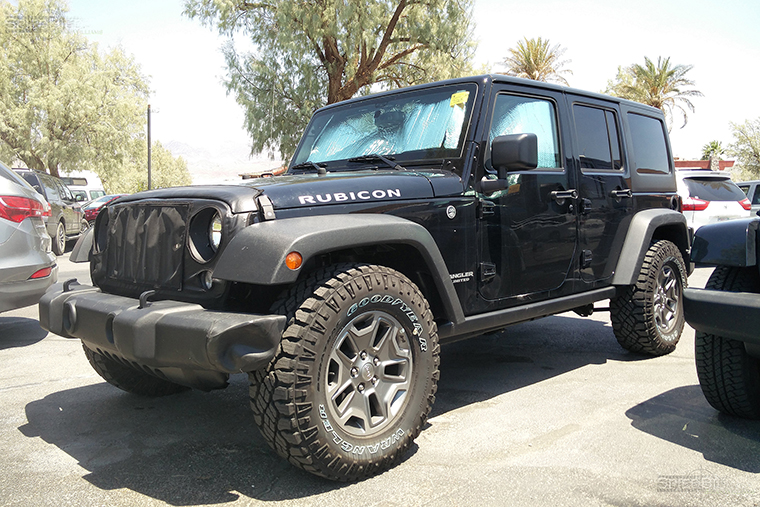 This is a first look at the ’18 Jeep Wrangler Rubicon diesel mule seen testing in the desert, alongside a caravan of RAM 2500 HDs with the 6.7L Cummins turbodiesel.

The next Wrangler Rubicon’s suspension will remain similar to the current model's setup, with no sign of an independent suspension. Models such as the Rubicon are also expected to get beefier axles and tires.

The biggest news is this prototype’s DEF tank for the diesel’s emissions system, which even has its own skid plate. It’s all but confirmed that the ’18 Wrangler will offer a diesel option in the United States, likely the 3.0L V6 already in other FCA models.

For traditionalists, the new Wrangler is likely to be a refinement underneath, rather than a reinvention. Expect to see it sometime next year. 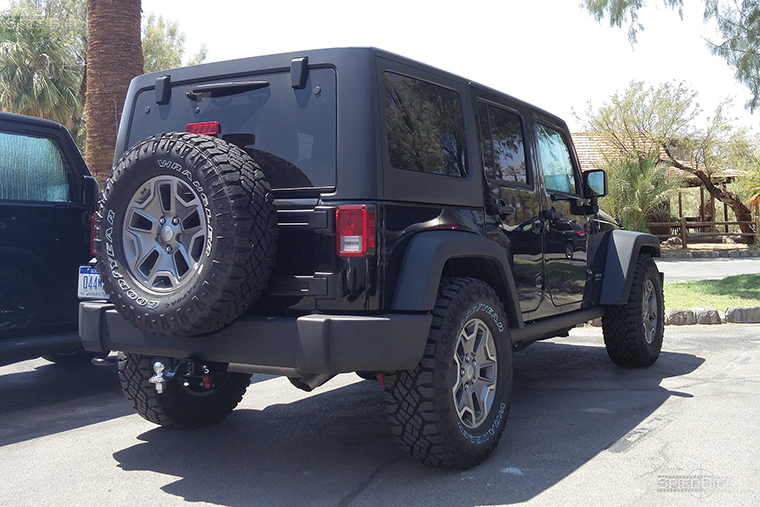