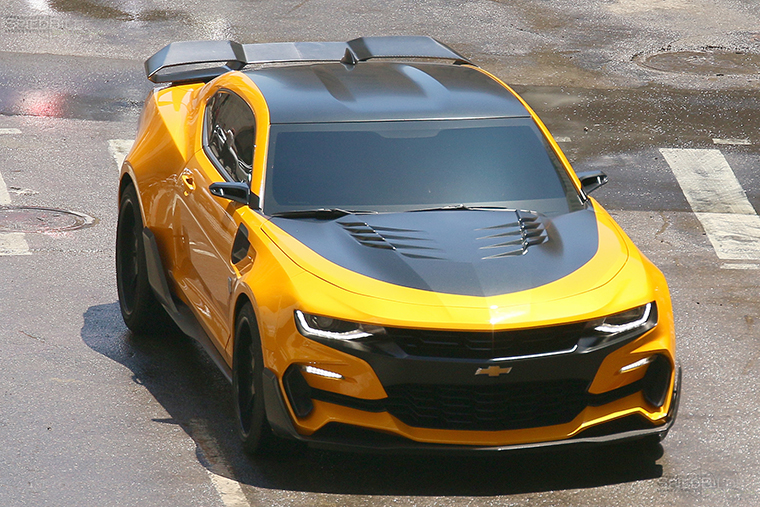 These are shots of Bumblebee and Barricade from the upcoming Transformers film. Michael Bay teased the cars early on, and low-res images have leaked, but this is the first complete look at both cars.

Transformers: The Last Knight will debut in 2017 and feature these modified pony cars. Bumblebee is the yellow-generation Chevrolet Camaro, with a blacked-out roof, wild spoiler and possibly removable top.

Barricade, meanwhile, sports enforcement gear based on the current Ford Mustang. It also features a wild spoiler, but with sporty hood scoops on the front. 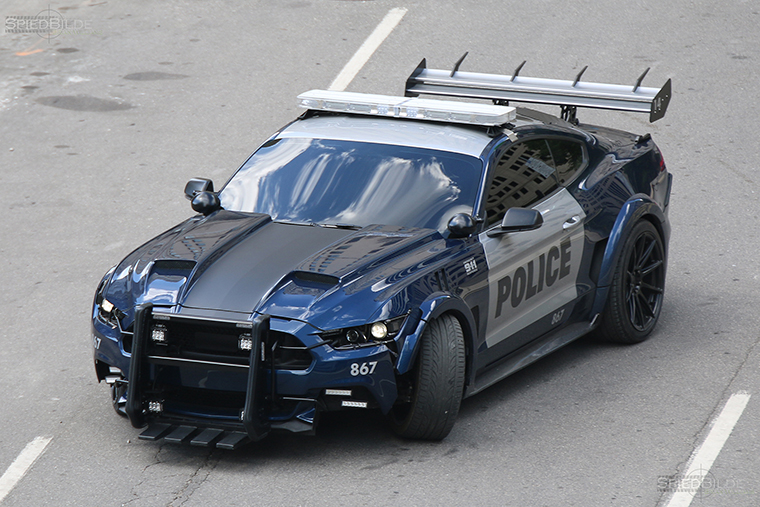