Sung Kang recently announced via Facebook that Project Underdog is officially underway. “This has been my passion project. I hope you can follow their journey in building the Ultimate UNDERDOG car.”

Kang explained the cryptic nature of several recent posts, describing in detail the meaning behind the Underdog moniker and the identity of the DreamTeam involved in the top secret restomod. 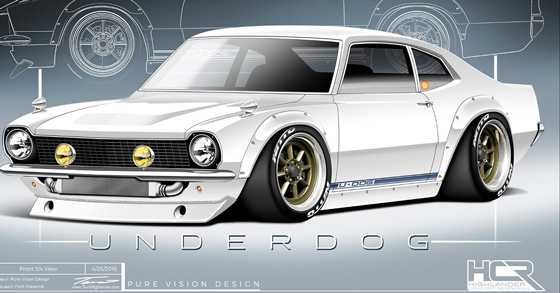 The DreamTeam is actually a group of three high-school-age kids working with Kang, PENNZOIL, SEMA and some of the best in the business on a custom one-of-a-kind ’72 Ford Maverick named “Underdog.” He offered few details on the build’s final design; however, he invited everyone to visit the official Project Udog page on Facebook.

In the meantime, the trailer above offers a glimpse at the DreamTeam as their Underdog project begins.