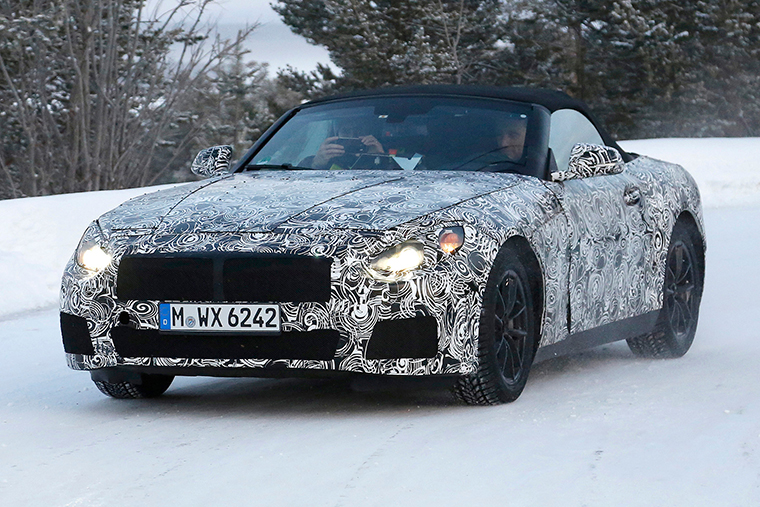 This is the upcoming BMW/Toyota sports car—purportedly the next Z4 and the revival of the Supra.

The three-year-old partnership between the two companies to build a sports car should finally yield a result in 2018 with a successor to the two-seat BMW Z4 and a new Toyota Supra. BMW engines and a chassis mated to probably Toyota hybrid technology is expected to save lots of money for sports car initiatives from the two companies—one of their numerous partnerships.

The photos here are believed to be the BMW with a folding fabric roof—a departure from the current Z4's retractable hardtop. Underneath are supposedly BMW mechanicals likely tied to the modular structure most rear-drive BMWs will be on, which is already adapted for plug-in hybrid powertrains.

The BMW is likely to stick to BMW engines and a possible hybrid variant, with 2.0L and 3.0L units likely. Expect dimensions to stick closely to rivals, such as the Mercedes-Benz SLC and Porsche Boxster. In keeping distance with the Toyota, the Z4 could be offered only as a soft top.

By contrast, the Supra could use only a hybrid system powered by a BMW inline six, with nearly 500 hp on tap. A dual-clutch transmission may be the only choice. But the Supra should compete with sports cars, such as the Mercedes-Benz AMG GT and Porsche 911. Styling cues from the ’14 FT-1 concept are likely.

Expect to see the new Z4 in 2018 and the Supra the following year. 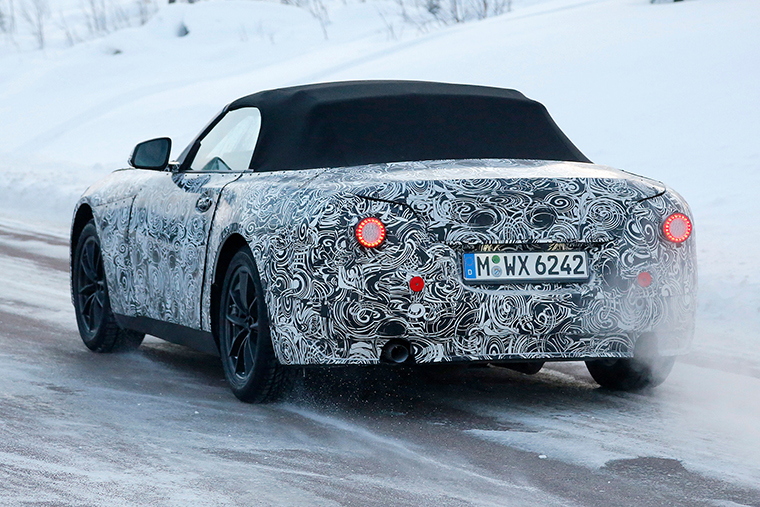