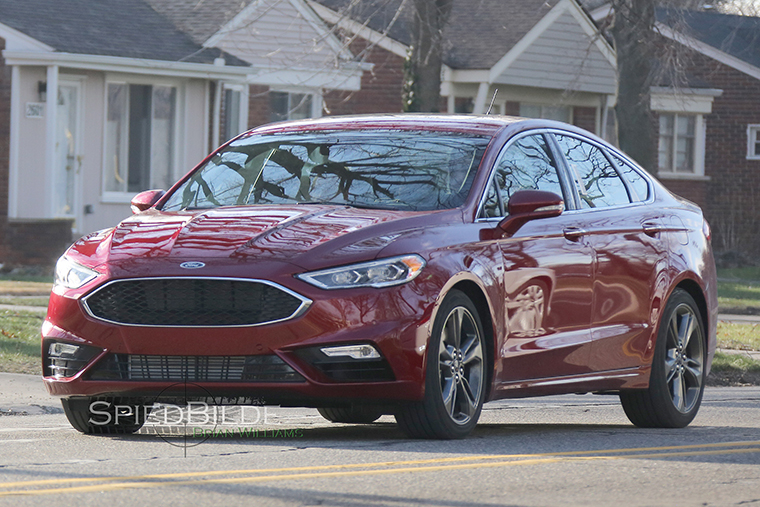 This is the totally undisguised ’17 Ford Fusion ahead of its reveal at the Detroit Auto Show.

Much of the Fusion is lightly altered on the outside except for the new grille, which loses some of the Aston Martin look in favor of a shape similar to the one on the Focus models.

This is a Fusion Sport—a new version with quad exhausts and likely the same powertrain from the Edge Sport—a 2.7L Ecoboost V6 mated to an all-wheel-drive system.

Powertrains otherwise will likely mirror changes made in the ’17 Escape, with a stop-start system becoming more widely available.

Inside, the big news will be a revised center stack that makes room for both the new SYNC 3 interface and more physical buttons and knobs to replace touch-capacitive switches. Expect more premium materials throughout the range, with a possible new model to slot above the Titanium. Along with SYNC 3, expect more refined driver assistance technologies pulled from the redesigned Edge. 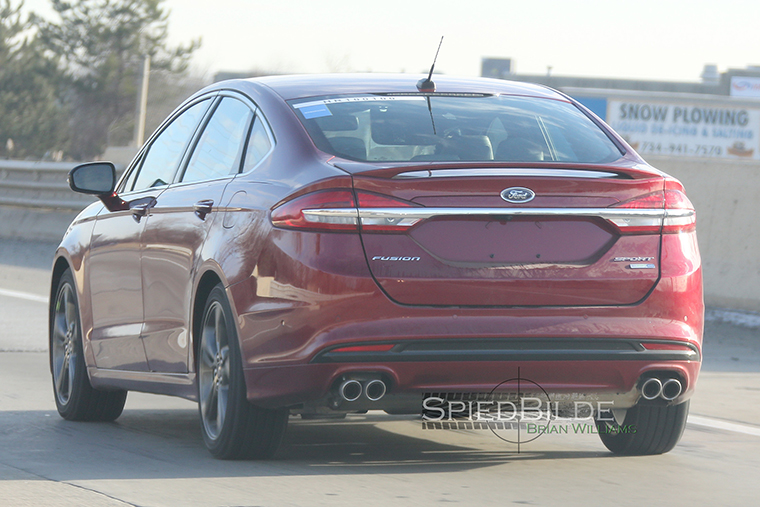