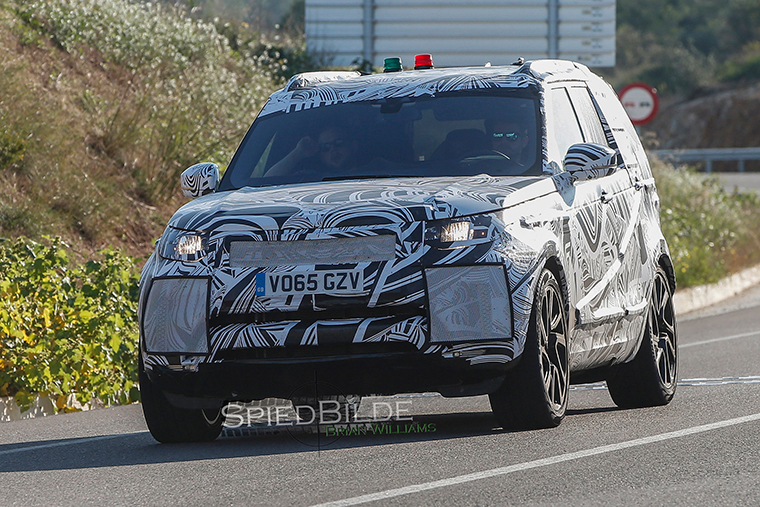 The Land Rover Discovery turned 25 years old in 2014, and for the first time ever, it’s become a family of vehicles, as Land Rover launched the Discovery Sport earlier this year to create a two-model Disco lineup. In turn, the full-size Discovery of today will be replaced by a fifth-generation model in 2016, as previewed by the Discovery Vision concept. These are now the first shots of the real machine, snapped in the metal during early test drives in Spain.

The Discovery 5 will not only have to excel off-road but will also become something of a technology pioneer. Yet, despite the Discovery’s modern-day reputation, genuine seven-seat accommodation and off-road credentials, it underperforms in global sales. It does have a very substantial enthusiast following, which, research has shown, is very keen for Land Rover to retain the Discovery’s rugged and capacious nature. Even in its heyday, the current model did not outsell the BMW X5. Although the X5 is a very different type of SUV, both cars are competing for the same global market of affluent urban families, which is a far bigger pool than those who make serious off-road use of their vehicles. Although the Discovery 4 is reaching the end of its life and the X5 is a new model, recent sales figures show the ground that the Discovery 5 has to make up in the premium lifestyle market.

Land Rover pioneered the use of preset suspension, ESP and engine settings for use on different terrains. The new Disco could get laser-scanning tech, which can “read” the terrain ahead and adjust suspension and transmission settings on the fly.

The styling aims to take the long-established “stepped roof” utilitarian Discovery look and soften it with much more fluid body surfacing, smaller and less square window graphics and a much more dynamic, nose-down stance. Although the Discovery will still have seven seats and the ability to create a very large, flat load bay, it will also have the kind of rakish X5-rivalling lines that it needs to appear more at home in the city.

The Disco 5 is based on the same basic bonded and riveted aluminium monocoque as the new Range Rover and Range Rover Sport, and will be made at Solihull.

Laser projections onto the road can give the driver an exact indication of the car’s width—useful in any tight situation—and might even project large indicator symbols onto the road surface to make the driver’s intention clear in packed urban traffic.

The frugal hybrid system in the Disco 5 will be based around the new 2.0L Ingenium engine and an electric motor enclosed in the eight-speed automatic gearbox. Even this setup can have uses in town and country. In urban areas, the Disco hybrid should have an EV-running range of about 20 km. Off-road, the electric motor could be ideal for metering out torque precisely enough to prevent wheel slippage.

The "transparent" bonnet tech—which projects an image of the road or terrain beneath onto the bonnet—will not only be useful off-road but also in urban areas.

Land Rover’s strategists have decided to bring the interior dramatically into the future, using a much larger central touchscreen than previously and a laser head-up display (HUD) that projects information in a much crisper and clearer manner than conventional HUDs.

Remote Drive could allow Discovery owners to empty the car of occupants and then automatically park the car in a space that would otherwise be too tight to allow the doors to be opened. 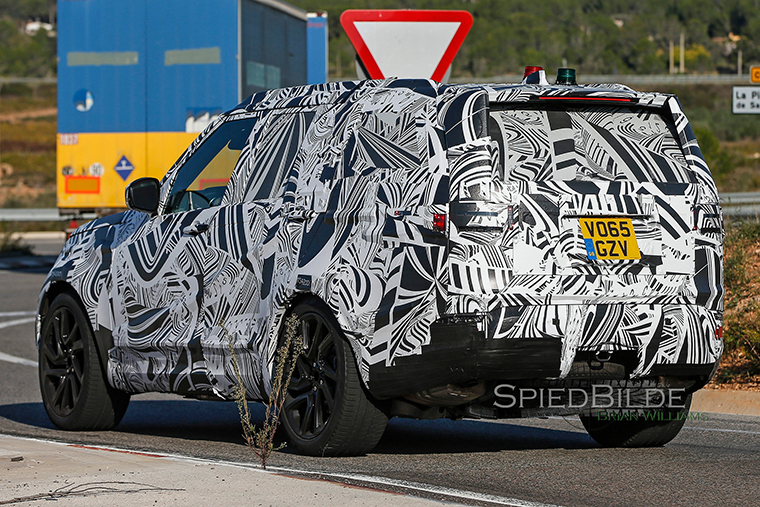