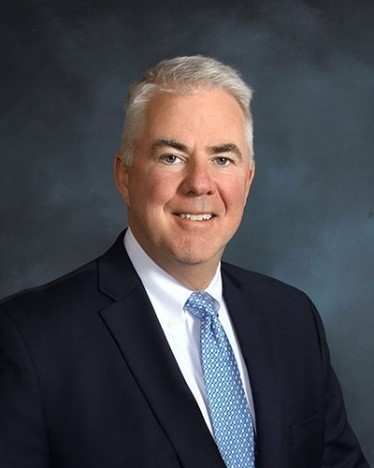 In case you missed it, Tim McCarthy, HRIA Chair-Elect, was recently spotlighted in SEMA Member News. Check out the article below.

Tim McCarthy is the founder and CEO of HushMat and an active member of HRIA; but to hear McCarthy tell it, his career path into the aftermarket took a circuitous route.

As a teenager, he worked odd jobs such as picking corn, selling men’s clothing and working in a machine shop. However, he knew that his future lay elsewhere. Seeing one employer’s affinity for numbers and the role accounting played in the company’s success influenced McCarthy’s decision to pursue an accounting degree from Boston College.

A self-described “marketing guy trapped in an accountant’s body,” he landed a job with Price Waterhouse. He later joined Dexter Corp. and was put in charge of a division based in Kansas City, Missouri, that produced coatings, adhesives and bonding materials for the automotive industry.

In 2003, McCarthy founded HushMat, which manufactures sound-deadening materials used in automotive applications worldwide, including the aftermarket, to reduce vibration or noise when installing components such as headers or manifolds or building a hot rod or restomod.

As McCarthy takes over as chair-elect, SEMA Member News asked him to share his thoughts.

SEMA Member News: How did your involvement in HRIA come about?

Tim McCarthy: My passion for the aftermarket really grew in the late ’90s with hot rodding and restoration. I started with the HRIA select committee in 2019. My role was social media and marketing. We created a member profile to provide marketing content that members can use on websites or social-media outlets. The feedback has been great. We now have a portal where members can sign up for an online spotlight. Who doesn’t want to tell their story? We provide that opportunity to support and build a cohesive hot-rod community.

SMN: What is it about HRIA that makes it valuable to the industry?

TM: The hot-rod community consists of independent enthusiasts-turned-businesspeople. These businesses rely on SEMA and the council to keep them informed on environmental, fiscal and legislative issues. Individually, members don’t have the resources to keep in tune with these issues. With SEMA and HRIA, they do.

SMN: What industry issues or trends are top of mind, and what do you hope to accomplish as chair-elect?

TM: It is my goal to continue the vision of those before me to address the challenges facing our market, facilitate the advancement of the hot-rodding industry, keep members informed on critical events/actions impacting the industry and continue to promote our membership.

One issue impacting our entire organization is finding good help. That is a global market issue and one that we, as an industry, have to find a path to address. I would also like to embark on a campaign to increase membership in HRIA as we continue to experience a shift in the “old” restoration business, moving more to restomods.