There is still time to submit your hot rod proposal for the HRIA Feature Vehicle Program at the upcoming SEMA Show, but time is rapidly running out. A total of 10 vehicles are chosen each year. Three are featured in the SEMA Show booth shared with ARMO. Another six are chosen to display in the HRIA Awards Reception on Wednesday night of the Show. These six display outside during Show week along with an alternate. (Should one of the six fail to fire when it’s time to move to the reception, the alternate takes its place.) 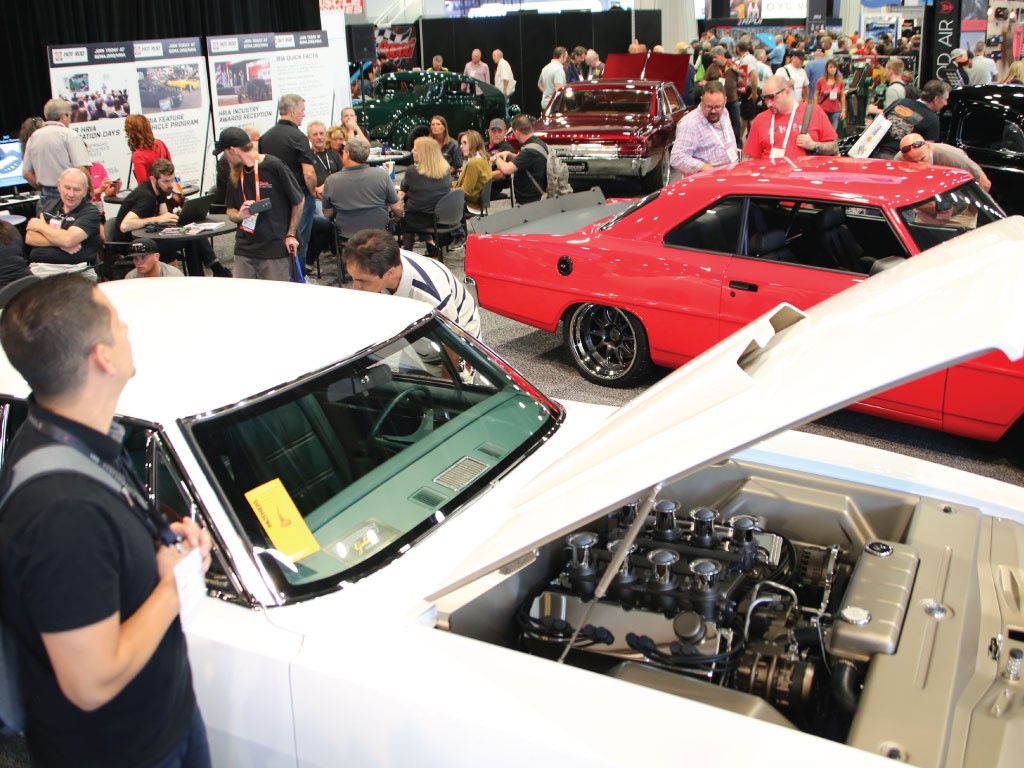 Vehicles displayed in the booth or reception in the past have won some of the most sought after awards at the Show including the Grand Turismo Award, Mothers Shine Award, Ford Design and GM Design Awards. In addition, all ten vehicles are invited to participate in the Battle of the Builders, which provides additional exposure by being included in the Battle of the Builders participant listings. Many builders credit their participation in the HRIA Feature Vehicle program as being critical to their success, and member manufacturers benefit as well by having their products displayed so prominently on a finished build. Register Your Build