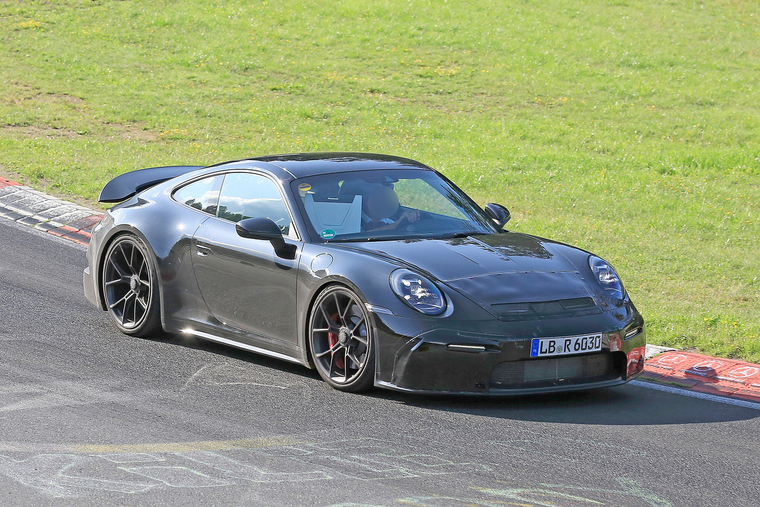 The upcoming Porsche 911 GT3 builds on the grown-up image of the 992, packing more noticeable aerodynamic elements. These shots show the car with virtually no camouflage. A new air intakes adorn the nose of the supercar, along with a heavily revised front end. Visible at the rear are uber-wide hips, whose eye-catching nature is only surpassed by the complex rear wing and, for the first time, the diffusor below the rear bumper.

More importantly and judging by the soundtrack of the prototype, the naturally aspirated engine is here to stay. After all, Zuffenhausen engineers have introduced a new 4.0L motor for the 991.2 GT3. 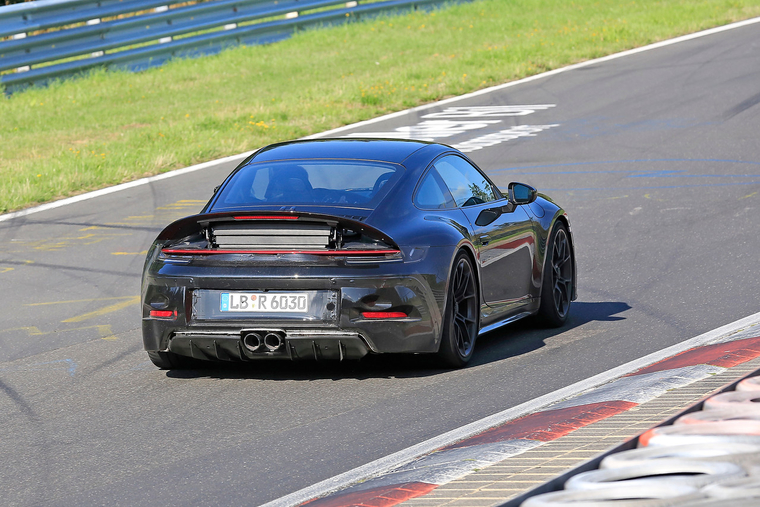