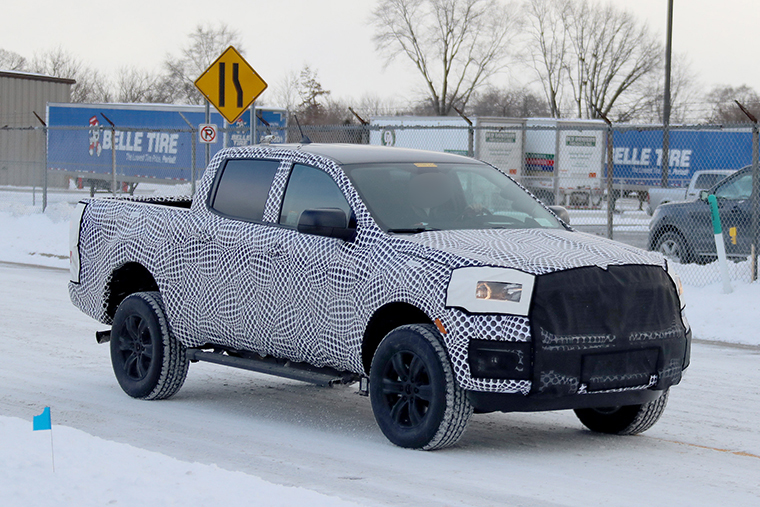 This is the ’19 Ford Ranger XLT, caught cold weather testing and in production metal with its production face. Up until this point, this truck has only been seen with its mule front end.

Last week we featured the Ranger FX4, and it is now confirmed that the XLT will receive its own unique grille (following in the footsteps of the F-150 lineup).

In other markets, the current XLT can be had with a 3.2L diesel engine found in the Transit. It’s unclear if it will be offered on U.S. models, but the Ranger could be offered in a number of configurations to compete with the Chevrolet Colorado and GMC Canyon.

Expect a full complement of Ecoboost four- and six-cylinder engines, and perhaps a diesel. Ford may use the direct-injected twin-turbo EcoBoost V6 as the premium choice. Ford’s new 10-speed automatic, co-developed with GM, is also expected.

The ’19 Ranger XLT will be revealed next year, more than likely in Detroit. 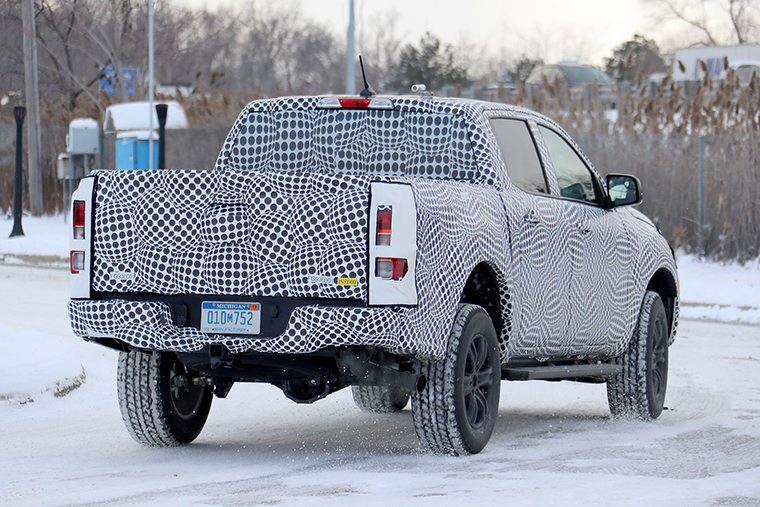