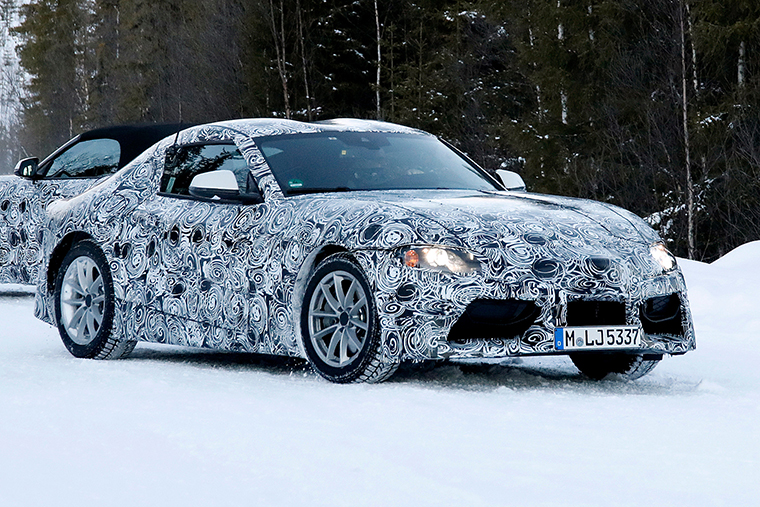 The Toyota Supra—a flagship sports car for the Japanese company—is expected to arrive to the market in 2018. The vehicle caught wears a little less camouflage than the prototype spied earlier on, showing the coupe’s overall contours, the massive front air intakes and the actual shape of the taillamps. This version of the car is a slightly smaller coupe with shorter overhangs and a more sharply sloped roofline compared to BMW’s side of the jointly-developed project, the Z5 roadster. There is also a small fixed rear wing at the back and a dual exhaust system, similar to the one on the GT86.

Judging by the camouflaged features up front, the production Supra will borrow the FT1 concept’s strong center nose, flanked by large air intakes. The long hood could be hiding a turbocharged BMW-sourced six-cylinder gas engine, some suggest. However, some reports also say Toyota’s engineers could install a hybrid system, as the company is currently developing a new hybrid turbo engine.

Probably the most interesting but dubious possible option comes from a 2014 report. Then, Japan’s Holiday Auto magazine reported Toyota could use a 2.0L four-cylinder turbo engine from BMW, supported by two electric motors in the front and one in the rear for a combined output of 354hp.

Regardless of what powers them, the BMW and Toyota reportedly target different audiences. The Z5 would be a pure sports car rather than the Z4’s more luxurious position. The Supra would be at the top of the Toyota brand’s lineup and could feature cutting-edge technology in addition to bold styling.

Magna Steyr is allegedly handling assembly of both models in Austria. Manufacturing reportedly starts in 2018 and that points to a debut in late 2017 or early in the following year. 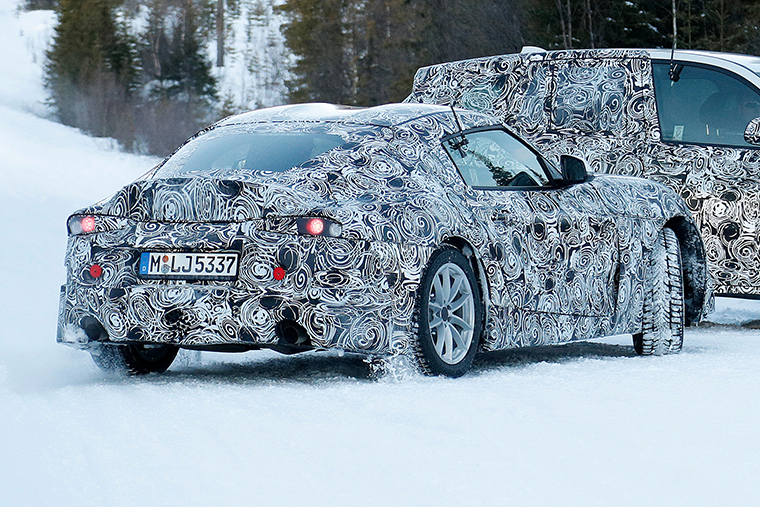