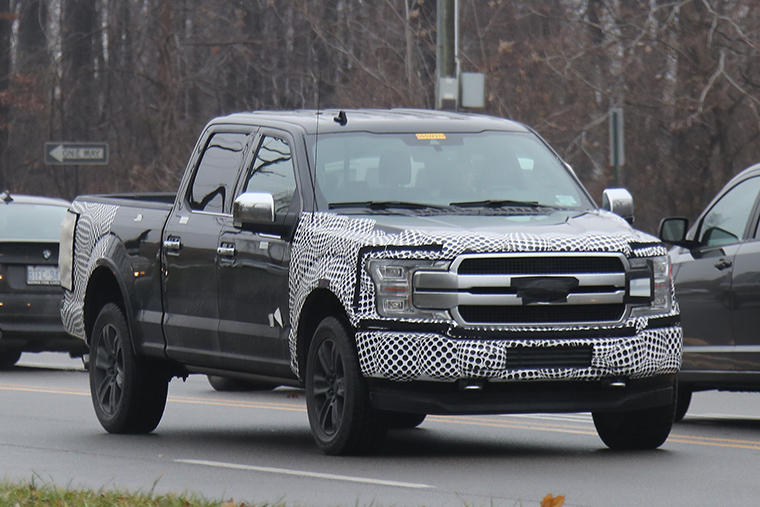 This is the ’18 Ford F-150, caught on the road showing off its new face before its expected NAIAS debut.

The best-selling vehicle will get some cosmetic changes to keep it fresh and visually interesting as its tech gets updated underneath. The front end emulates the Super Duty two-bar design, but adds some softer design cues. The tailgate also gets a redesign, with a new handle and a more subdued look without a visible crease.

By the time the facelifted model appears, many F-150 models should be offered with the 10-speed automatic, developed jointly with GM and headed first for the Raptor. A revised Ecoboost V6 engine should provide more power and efficiency than before as Ford continues to seek fuel-economy gains for its big truck. A V6 diesel should also appear in time for the facelift, although the planned gas-electric hybrid version may be further off.

Expect to see the revised F-150 on sale by 2018 and debuting next week in Joe Louis Arena, according to sources. 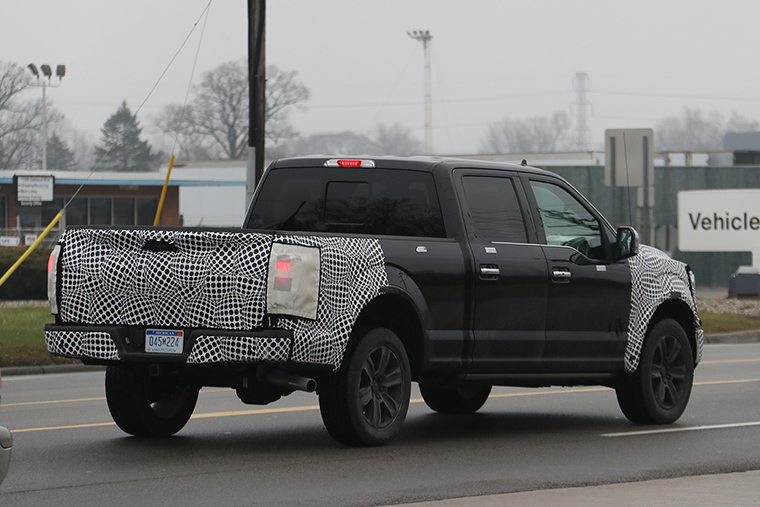