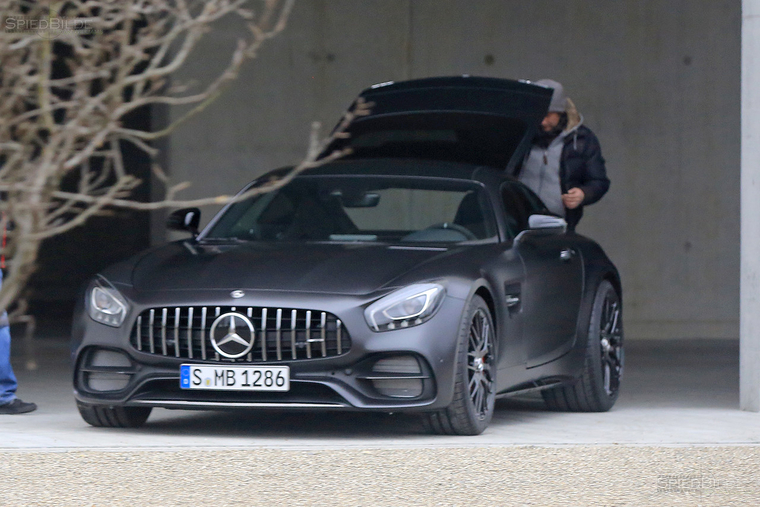 Just a couple of weeks ago, Mercedes-AMG presented the GT C Roadster but decided to keep the Coupé as a secret for yet another while. Sorry, Affalterbach, the lid has been lifted. Caught during a photo shoot just outside the company’s headquarters, these are the best shots yet of the Mercedes-AMG GT C Coupe.

Positioned between the GT S and the GT R, this GT C shows the wider rear skirt of the R-variant, although equipped with quad tailpipes as known from the GT C Roadster. The wider fenders house massive 20-in. wheels, which will allow higher speeds in narrow curves and improved traction. Under the hood will be a 4.0L bi-turbo V8 pumping 557 hp and 690 Nm of torque. It is coupled to a seven-speed manual gearbox with a relatively long first gear and a shortened seventh. Sprint time and top speed should mimic that of the Roadster.

The matte black paint and the additional logo on the right side of the boot lid hint to a special “Edition 50”—signifying AMG’s 50th birthday in 2017. 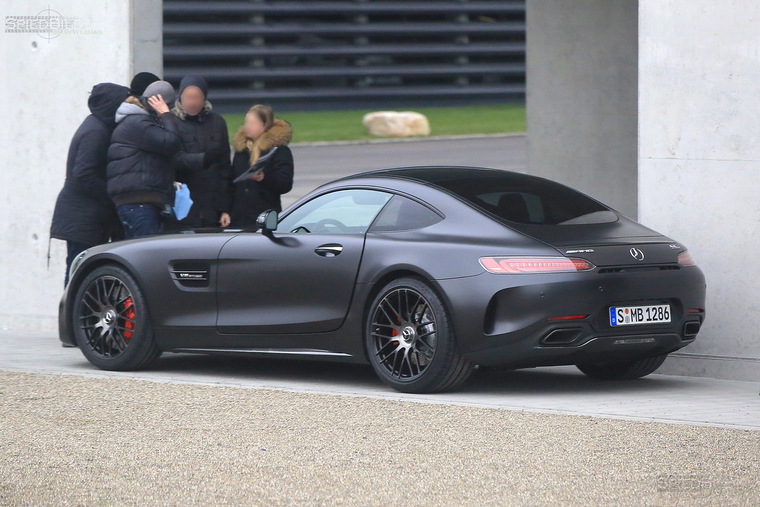