Attorney William Perry Pendley has risen to the top spot at the Bureau of Land Management. @Sagebrush_Rebel/Twitter

The National Wildlife Federation (NWF) is calling on congressional committee leaders to demand the Interior Department remove William Perry Pendley as the temporary head of the Bureau of Land Management.

The conservative lawyer, a self-proclaimed "sagebrush rebel" who has long opposed federal ownership of public lands, is the agency's deputy secretary and acting BLM director, leading the agency charged with managing 245 million acres of public land, mostly in the West (Greenwire, Aug. 6).

NWF says his past activism makes him an ill fit for the position.

"Put simply, he believes public lands should not be in public hands. ... This antipathy for public lands and outward hostility towards public servants who manage them must not be a belief held by someone in charge of the agency," NWF and its Western state affiliates wrote in a letter today to the Republicans and Democrats overseeing Interior's budget and policy.

"Further, the goal of selling off our federal lands is fundamentally in opposition to the bureau's statutory responsibilities, its reason for being, its values, and its mission," the organization's leaders wrote.

The appointment of Pendley to the top spot at BLM has raised concerns with some, particularly on the heels of Interior's unveiling its plan to relocate hundreds of agency jobs from Washington, D.C., to several Western states.

President Trump has never nominated anyone to lead BLM.

"We are concerned that the Department is flouting Congressional oversight by installing an unconfirmed director and undertaking a significant agency restructuring — without Senate confirmation or congressional approval," the letter said.

NWF and its affiliates want congressional overseers to freeze funding related to BLM's proposed move until a permanent agency head is nominated and confirmed.

The department's lack of transparency and the administration's failure thus far to nominate Pendley for the job mean Congress and the public "will not hear an explanation of how this appointment squares with the commitments the Secretary made repeatedly that the Administration does not support selling off or transferring public lands," the groups wrote.

Congress is in recess until Sept. 9.

Asked for a response to the letter, Interior spokeswoman Molly Block said the department doesn't comment on personnel. 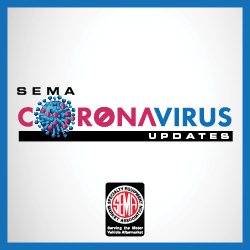